30,000 Pakistanis Gather in The US Capital for Speech of PM Khan 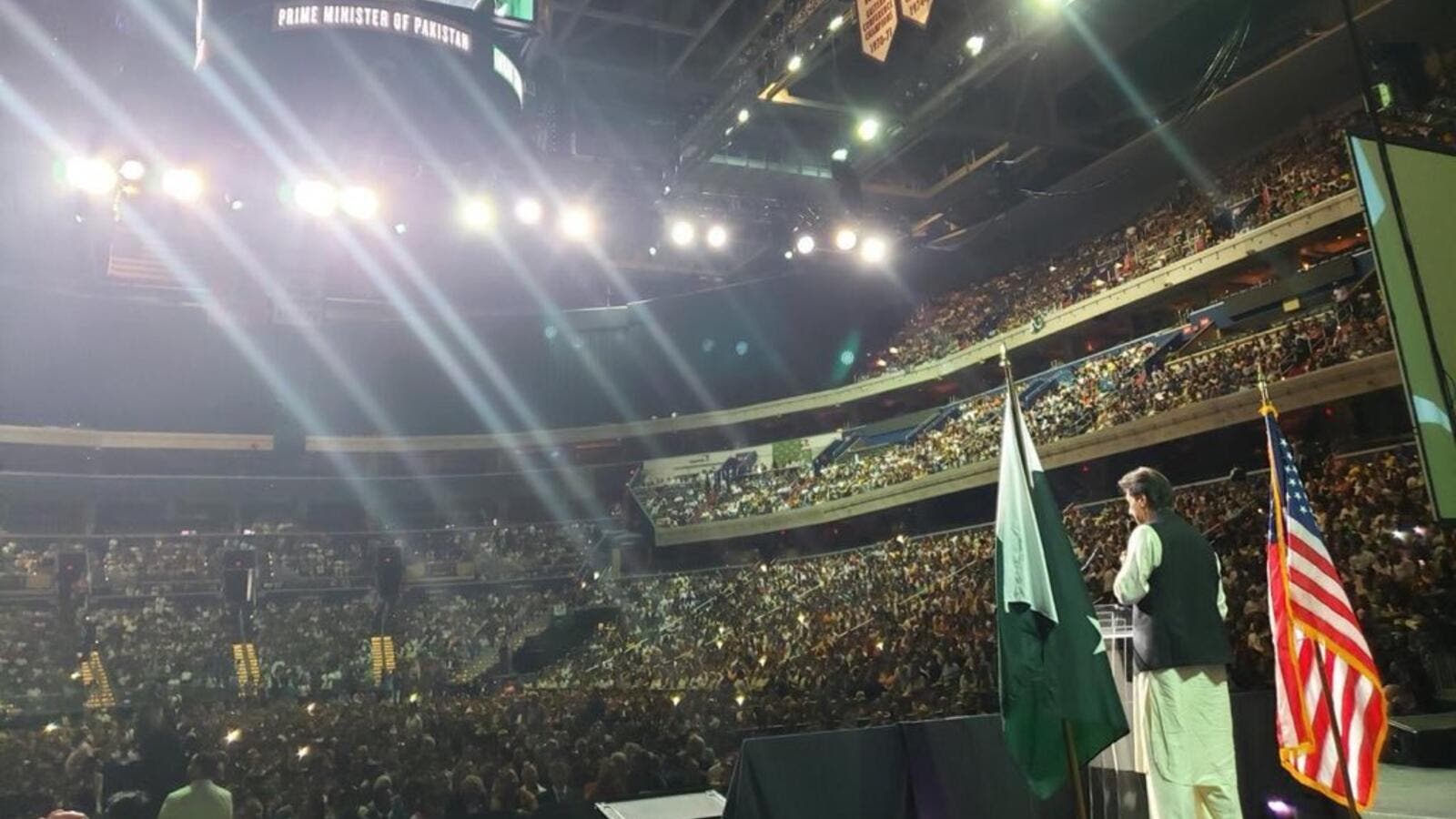 Prime Minister Of Pakistan Imran Khan Speech at Capital One Arena Washington D.C. USA (Twitter)
Highlights
Khan emphasized that Pakistan would not be seeking any U.S. aid and assured the jubilant crowd that his country won't bow to anyone.

More than 30,000 Pakistanis gathered in the U.S. capital on Sunday to attend a speech by Prime Minister Imran Khan, astonishing even the Pakistani-Americans who have never seen such a crowd for any other Pakistani leader before on American soil.

Imran Khan began his three-day maiden visit to the U.S. on Sunday by addressing the Pakistani diaspora at a landmark rally at the Capital One Arena stadium in Washington D.C., which was scheduled days in advance.

Khan emphasized that Pakistan would not be seeking any U.S. aid and assured the jubilant crowd that his country won't bow to anyone.

He is set to meet U.S. President Donald Trump at the White House on Monday.

The two leaders are expected to discuss the Afghan peace process, measures to improve worsening relations between Pakistan and the U.S. as well as the Indian efforts to put Pakistan into the black list of Financial Action Task Force (FATF).

The FATF has put Pakistan on the “grey list” and could put it on the “black list” in October if it fails to show major progress in combating terrorism, according to media reports.

In a first, the country’s top military leadership, including the powerful army chief, Gen. Qamar Javed Bajwa, and newly-appointed head of the spy agency, Inter Services Intelligence (ISI), Gen. Faiz Hameed, are also accompanying Khan in his talks with the Trump administration on a variety of issues ranging from terrorism to Afghanistan.