850 Palestinian Children arrested by Israel in The Past Year

Published March 21st, 2022 - 07:48 GMT
Members of Israeli security forces take position as Palestinians demonstrate against the establishment of Israeli outposts on their lands, in Beit Dajan, east of Nablus in the occupied West Bank, on March 18, 2022. (Photo by JAAFAR ASHTIYEH / AFP)

Israeli forces arrested 850 Palestinian children in the occupied Jerusalem al-Quds past year, with 15 of them put under house incarceration, according to a prisoners’ rights advocacy group. 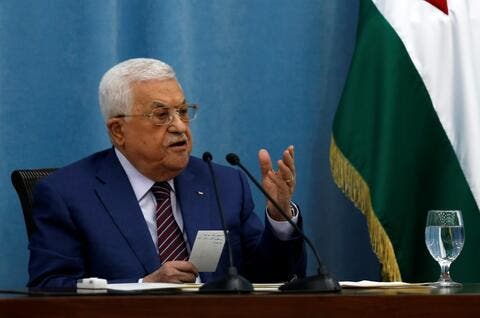 IRNA news agency on Sunday referred to a report by the Committee of Families of Al-Quds Prisoners, a Palestinian advocating group, to highlight the unbridled atrocities committed against Palestinian children by the occupying forces.

Amjad Abu Asab, the head of the committee, was quoted as saying in the report that the incarcerated children face severe restrictions. They are barred from leaving their domicile and denied access even to the balcony or windows.

He further added that the Palestinian children and their families face punitive action if the incarceration terms are breached.

Abu Asab said the parents of children are forced to assume the role of “jailers”, which has a negative psychological impact on the children, as they are prevented from stepping out or playing with other children.

Medhat Deeba, a lawyer for one of the incarcerated Palestinian children, said the Israeli judiciary’s practice of home incarceration of children was in violation of the international humanitarian law and amounted to psychological torture.

She added that the punishment of home incarceration also deprived the children of proper education and normal life.

Hundreds of Palestinian children are regularly held in Israeli jails under the notorious and draconian administrative detention policy of the Israeli regime.

The policy allows the regime forces to imprison Palestinians, including women and children, for years without charge or trial.

The UN agencies have repeatedly urged Israel to end the practice, but the calls have gone unheeded.

Can you tell me why the West is silent on the Israeli massacre of Palestinian mothers&children &talks about the Ukraine war that is going on for days while we know that Israel is massacring 70 yrs Palestine?
Russia defends human rights around the world.
West &Israel are the Nazi. pic.twitter.com/OX4ughz08t

According to reports, more than 7,000 Palestinian prisoners are presently held in some 17 Israeli jails.

Israel has earned notoriety for arresting and prosecuting children routinely in military courts. These tribunals function in the absence of legal checks and balances and make fair trials virtually impossible.

According to advocacy groups, Israeli regime prosecutes between 500 and 700 Palestinian children from the occupied territories in military courts every year, and most of them are denied a fair trial.

They are interrogated blindfolded and forced to give confessions. They are not even allowed to have legal counsel and many of them are put into solitary confinement.