About 33,000 Palestinians in Silwan Threatened by Israeli Bulldozers!

The Israeli regime has started the mass destruction of Palestinian houses in the Silwan neighborhood of East Jerusalem al-Quds to make way for settlements in the occupied territory. 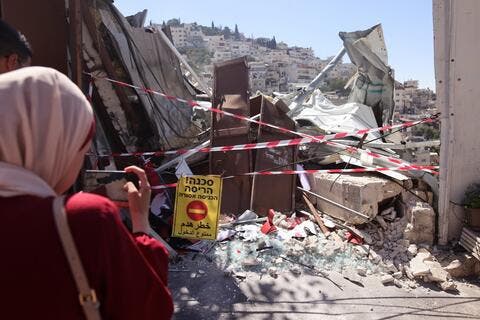 Palestinian media said on Tuesday that Israeli forces had begun the demolitions by raiding Silwan, which is home to about 33,000 Palestinians, and destroying a shop in the al-Bustan area.

Palestine’s official Wafa news agency said the Israeli forces, escorting a bulldozer, cordoned off al-Bustan and tore down a butcher’s shop owned by a local resident.

Homes are next in Silwan, East Jerusalem. 1,500 Palestinians—including 900+ children—face displacement right now. Residents defending their property are met with extreme violence by Israeli forces. We must not look away. #SaveSilwan #SaveSheikhJarrah https://t.co/YcG4E4gpLa

The shop was one of the 17 structures slated for destruction, after the occupying regime announced the end of a deadline for 13 Palestinian families to self-demolish their houses and other structures in the neighborhood under the pretext that they had been built without a permit.

Wafa said the demolition of the butcher’s shop would facilitate Israeli access to the houses slated for mass demolition.

The Palestinian news agency also reported that the Israeli forces used tear gas and batons to push back angry residents and Palestinian activists as they carried out the demolition in the area.

The Palestinian Red Crescent said the shop owner and other residents confronted the Israeli forces to prevent the demolition but were brutally attacked with stun bullets and tear gas. The violence left over a dozen people injured, and three Palestinians were also detained, including the shop owner and his son.

The Palestinian resistance movement of Hamas blasted the Israeli demolition in Silwan and said the regime had crossed red lines by doing so.

“The blatant transgression and storming of al-Bustan in Silwan, with the intention of demolishing homes and displacing its people, is a new transgression of red lines,” Muhammad Hamadeh, Hamas spokesman for Jerusalem al-Quds, said in a statement.

Hamadeh said the Palestinian resistance movement would not allow the Israeli regime to achieve its goals in the holy city, stressing that “the resistance’s options in response to the occupation are open and multiple, and all of them are subject to study and implementation.”

The Hamas spokesman also called on the Palestinian people to continue to fight the Israeli aggression and maintain their presence and bond in Jerusalem al-Quds.

In a separate statement, the Palestinian Islamic Jihad resistance movement held the Israeli occupation forces fully responsible for the escalation in the al-Bustan neighborhood and warned against the consequences of such moves.

The statement said what was happening in Jerusalem al-Quds could “escalate the conflict and ignite the region,” and stressed that, “The resistance continues its readiness to confront any aggression committed by the enemy.”

Palestinian Minister of Civil Affairs Hussein al-Sheikh called on the international community to step forward and stop the demolitions and the forcible expulsion of the Palestinian residents.

“Al-Bustan neighborhood is being attacked by the occupation through demolition, destruction, and displacement, and we call on the international community to intervene immediately to stop this massacre against the residents of Jerusalem [al-Quds] and their homes and properties,” al-Sheikh said in a tweet.

The Silwan neighborhood has for years been targeted by illegal Israeli settler organizations. Some of the Palestinian families in Silwan have been living there for more than 50 years since they were displaced from the Old City in the 1960s. The Palestinian properties in the area are claimed by Israeli extremists backed by Ateret Cohanim, a right-wing foundation that works to strengthen Jewish presence in East Jerusalem al-Quds. 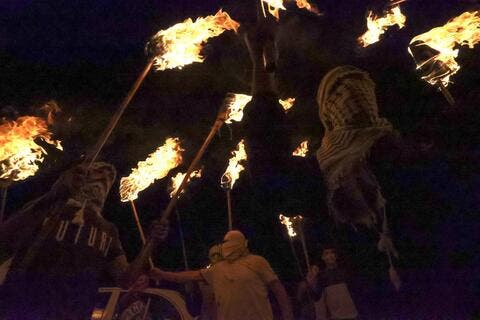 The Tel Aviv regime also plans to force out Palestinian families from the Sheikh Jarrah neighborhood in an attempt to replace them with settlers. That plan sparked days of fighting between Gaza-based Hamas and the Israeli regime in May.

More than 600,000 Israelis live in over 230 settlements built since the 1967 Israeli occupation of the Palestinian territories of the West Bank and East Jerusalem al-Quds. All Israeli settlements are illegal under international law. The United Nations Security Council has condemned Israel’s settlement activities in the occupied territories in several resolutions.