Sudanese Diaspora and activist groups in the United States called on the world leaders participating in the 77UNGA to condemn the military coup and exert maximum pressure on the military component to hand over power to civilians. 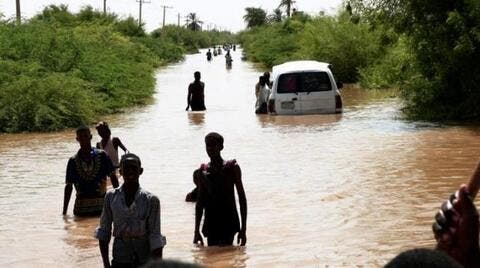 General Abdel Fattah al-Burhan arrived in New York Wednesday to participate in the 77th session of the UN General Assembly as he is scheduled to deliver his speech on September 22, and take part in the high-level meetings.

Sudanese activist groups in the United States called on the world leaders participating in the 77UNGA to condemn the military coup and exert maximum pressure on the military component to hand over power to civilians.
https://t.co/xz8O6Vpt4l pic.twitter.com/wUnaycHV1y

“Condemn in the strongest terms and concrete actions the military coup and its leaders for obstructing a meaningful transition to full civilian rule and democracy,” the letter called on the world leaders and organisations.

They further called to exert “maximum pressure” on the ruling military junta through diplomatic, and economic measures to force them to hand over power to a full civilian transitional government.

The Sudanese Diaspora across the world supported the December revolution and the aspiration of the Sudanese people for freedom peace and justice.

The activists in the United States plan to protest outside the UN headquarters on Thursday where al-Burhan would address the General Assembly meeting. Also, they will hold another demonstration on September 24, in New York to express their support for the Sudanese revolution and to condemn his visit.

Khalil Ibrahim, deputy head of the Sudanese community in Washington, told Sudan Tribune about arrangements they made to organize a protest against al-Burhan when he arrives at the United Nations headquarters.

Ibrahim further said that the second large protest of Saturday aims to express their refusal to the visit of the coup leader and to voice their support for the restoration of a civilian government in Sudan.

The head of the military-led Sovereign Council is expected to hold a courtesy meeting with UN Secretary-General Antonio Guterres.

The Sovereign Council said that al-Burhan would meet several leaders, on the sidelines of the UNGA meetings without further details.