African journalists have called on the African Union and governments to  condemn Israel’s deliberate targeting of Palestinian journalists, and hold the regime legally accountable for crimes against media workers. 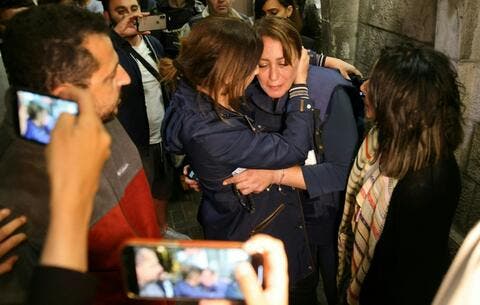 The Federation of African Journalists (FAJ) denounced the “total impunity” that the Tel Aviv regime enjoys in its killing of journalists and destruction of media offices.

The group cited the 11-story al-Jalaa building, housing international media offices including the Associated Press news agency bureau and Al Jazeera network in the Gaza Strip, that was demolished in an Israeli air raid on May 15.

Don't miss this talk today at 7pm BST with the brilliant @MariamBarghouti and @Monashtayya, on how Israel attacks the media for reporting on the oppression of Palestinians.@PDeepdive https://t.co/OhPAmPoDE1

The FAJ urged African governments “to stand on the right side of history” by unequivocally condemning the human rights violations committed by the Israeli regime.

The destruction of the al-Jalaa building during the 11-day offensive on the Gaza Strip was widely regarded as a brazen attempt to silence journalists covering Israel’s military attacks. Israel bombed the offices of at least 18 media outlets in less than a week.

Budeiri was reporting on a sit-in marking the 54th anniversary of the Naksa (setback), a term Palestinians use to describe the Israeli occupation of East Jerusalem, the West Bank and the Gaza Strip in 1967.

According to Reporters Without Borders, at least 14 Palestinian journalists have been arrested and placed in administrative detention by Israeli forces in recent weeks.

Administrative detention is a sort of imprisonment without trial or charge that allows Israel to incarcerate Palestinians for up to six months, extendable for an infinite number of times.

Some prisoners have been held in administrative detention for up to 11 years without any charges brought against them.

In a report published last year, the Palestinian Center for Human Rights documented 98 attacks by Israeli forces against journalists in the occupied Palestinian territories.

Separately, a group of pro-Palestine activists have raided and occupied a factory in western England, which produces materials used to make fighter jets for the Israeli army as well as highly flammable material that led to the 2017 Grenfell Tower apartment block fire that claimed the lives of 72 people.

Palestine Action began taking control of the Arconic factory in Birmingham in the early hours of Monday morning.

Images posted online showed Palestine Action activists sitting on the rooftop of the factory in an attempt to stop its operations, as others sprayed red paint on the factory windows.

The activists were seen holding red and green flares as well as a Palestinian flag. They said they occupied the factory in support of Palestine and victims of the Grenfell Tower fire.

African journalists have called on the African Union and governments to condemn Israel’s deliberate targeting of Palestinian journalists, and hold the regime legally accountable for crimes against media workers. https://t.co/liTeQzlFHo

“Companies such as Arconic have been able to avoid accountability for their crimes, operating within a global supply chain that diffuses responsibility,” Palestine Action said in a statement.

“The same companies which fuel repression and war crimes committed against the Palestinian people are producing, operating and selling in the UK - and doing so with a consistent disregard for the deaths and suffering inflicted by their products."

The Arconic factory supplies various materials, including sheet metal, to manufacture Boeing and Lockheed Martin military aircraft used by the Israeli military in its latest assaults on the Gaza Strip. 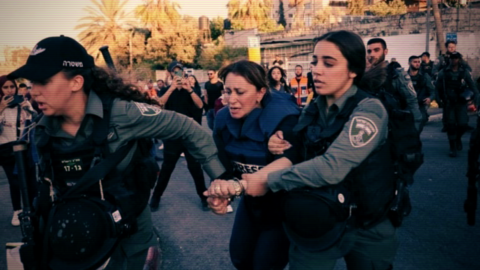 At least 260 Palestinians, including 66 children, were killed in the Israeli bombardment of the Gaza Strip in 11 days of the conflict that began on May 10. Israel’s airstrikes also brought widespread devastation to the already impoverished territory.

The Gaza-based resistance movements responded by launching over 4,000 rockets into the occupied territories, some reaching as far as Tel Aviv and even Haifa and Nazareth to the north.