Ahead of Death Rumors! Is Nasrallah's Health Improving?

Published June 2nd, 2021 - 11:11 GMT
Hezbollah leader Hasan Nasrallah seen coughing during his address on May 25, 2021. (Twitter)
Highlights
Sources have revealed that Nasrallah’s health is improving after getting treatment.

Hizbullah chief Sayyed Hassan Nasrallah’s health is “improving” and “is now better than it was during his latest TV appearance,” sources close to him have said. 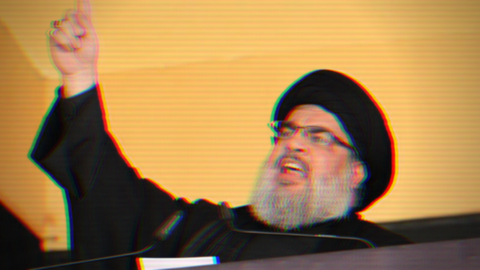 “He is specifically being treated for a spring allergy and pneumonia and it is not correct that he is infected with coronavirus,” the sources told the journalist Imad Marmal, who is close to Hizbullah and works for its Al-Manar TV, in remarks published Tuesday in Al-Joumhouria newspaper.

“This is not the first time that Nasrallah suffers from this allergy and its complications, but he used to receive treatment without noise and without drawing the attention of anyone, because his illness never coincided with occasions obliging him to appear on TV,” the sources added.

NEW - Hezbollah's Secretary-General Hassan Nasrallah coughs, gasps for air, and sounds unwell, but vows any violations of #Jerusalem will cause a regional war.pic.twitter.com/2FiwnasWj9

The sources also noted that Nasrallah has been examined by a specialist doctor and that he has not needed hospitalization until the moment.

“Doctors, one of them based in the United States, have called to give their opinion on his condition, and they all agreed that Nasrallah is suffering from a natural allergy and pneumonia and that the dry weather and antibiotics will aid his recovery,” the sources added.

“Nasrallah is continuing his work and his follow-up on the files he is concerned with in a calculated frequency through Hizbullah’s internal telecom network,” the sources went on to say.

Marmal’s article also quoted a Hizbullah official who called Nasrallah two days ago as saying that he had personally inquired about the Hizbullah leader's health and that he felt that his voice had improved.

The Hizbullah official also called for “dismissing the rumors that are being launched for distortion.”

“Hizbullah’s leadership meanwhile informed its institutions and committees that Sayyed Nasrallah is fine and that there is no need to worry, adding that his illness is limited to a spring allergy and does not pose any danger,” the article adds.

Rumor has it that Hassan Nasrallah is very sick, maybe even in a coma.

Israeli experts have suggested that Nasrallah’s situation in his latest speech had indicated that “the issue is not linked to a localized problem.”

Others have meanwhile circulated claims that Nasrallah’s health had deteriorated and that he had “entered into a coma.”

There were also on Tuesday social media rumors alleging that he has died, which Hizbullah supporters blamed on "Israeli and Saudi electronic armies."

Christina Applegate Announces She Was Diagnosed With MS