Two civilians were killed in an artillery attack by Syrian regime forces and Iranian-allied forces in Syria’s northern Aleppo province, according to Syria Civil Defense (White Helmets) on Monday. 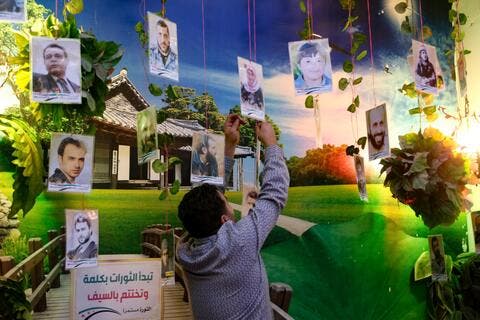 Four civilians were also injured in the attack on the Kafr Noran village in the countryside of Aleppo, sources with the civil defense group told Anadolu Agency.

militants have become active on a large scale in the area of the settlement of Al-Bab and are on high alert. It is not known whether this is due to the transfer of reinforcements of the SAA fighters in northern Aleppo, or another internal squabble. pic.twitter.com/N6EQR5eXKW

The latest attack was in breach of a truce reached in May 2017 between Turkey, Russia, and Iran when the trio agreed to establish a de-escalation zone in Idlib, as part of the Astana meetings on the Syrian crisis.

Syrian regime forces and their supporters, however, continue sporadic attacks, in violation of a cease-fire agreement signed in March 2020.

In a previous report, the Syrian Human Rights Network, which documents human rights violations against Syrians, stated that the attacks by the Syrian regime and Russia on the de-escalation zone had killed at least 843 civilians during the period from April 26 to August 19, 2021.

Syria has been mired in a vicious civil war since early 2011 when the Bashar al-Assad regime cracked down on pro-democracy protests with unexpected ferocity.