Published November 15th, 2021 - 09:59 GMT
The conflict in Syria which began in 2011 has left about half a million people dead, and millions of others injured or displaced. (Photo by Ahmad al-ATRASH / AFP)
Highlights
US military defends civilian killings in 2019 Syria air strike as 'legitimate'

The US military has defended as “legitimate” a 2019 air strike that resulted in the killing of around 80 people, mainly women and children, in the Syrian city of Baghouz. 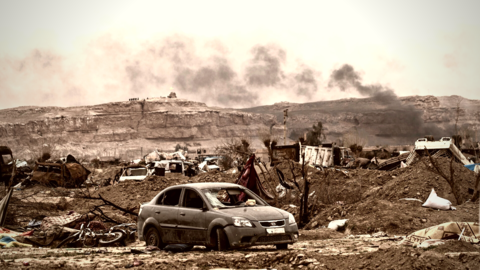 NYT: US Airstrike Killed Syrian Women and Children in 2019

A New York Times report published on Saturday accused the US military of a cover-up, stating that an independent probe into the deadly attack was never conducted.

BREAKING: US jets dropped three huge bombs on a group of women and children in Syria in 2019. The military says the strike killed only four civilians. We found something much different. @EricSchmittNYT https://t.co/48jiIMZL2k

The report said the air strike launched on March 18, 2019 in the town of Baghouz in eastern Syrian province of Dayr al-Zawr, then a stronghold of the Daesh militants, targeted a large gathering of suspected targets despite drone footage showing the presence of civilians there.

Three bombs were dropped by US fighter jets on the large gathering, according to the New York Times, and a subsequent investigation into the incident was "stripped" of any mention of the strike.

"Leadership just seemed so set on burying this. No-one wanted anything to do with it," Gene Tate, an official who worked on the case and was later sacked from his job, told the newspaper.

In a detailed response on Sunday, the US Central Command (CENTCOM) said the military probe into the incident determined that despite the reported mass killing of civilians, it was "legitimate self-defense."

It stated that dropping three bombs on the gathering was "proportional", adding that "appropriate steps were taken to rule out the presence of civilians."

CENTCOM statement further added that a probe was launched after a military report found there had likely been civilian casualties in the deadly strike.

“We self-reported and investigated the strike according to our own evidence and take full responsibility for the unintended loss of life,” said Captain Bill Urban, CENTCOM spokesperson.

The investigation said at least four civilians had been killed and eight others wounded, alongside 16 Daesh militants killed in the airstrike.

Urban claimed the probe could not "conclusively characterize the status of more than 60 other casualties," adding that some women and children, "whether through indoctrination or choice, decided to take up arms in this battle and as such could not strictly be classified as civilians."

The US Central Command said Sunday that a 2019 airstrike that killed civilians in Syria was "legitimate," after a New York Times investigation said the military had concealed the death of dozens of non-combatants https://t.co/k6zG4e8cJ5

The New York Times report, drawn from confidential documents, interviews with personnel directly involved and officials with top security clearance, said a US legal officer "flagged the strike as a possible war crime" but that "at nearly every step, the military made moves that concealed the catastrophic strike." 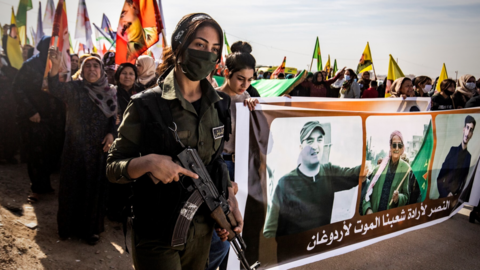 The report found that the strike "was one of the largest civilian casualty incidents of the war," albeit never publicly acknowledged by the US military.

"The death toll was downplayed. Reports were delayed, sanitized and classified. United States-led coalition forces bulldozed the blast site. And top leaders were not notified," the report noted.