Algeria has closed its airspace to all Moroccan civil and military aircraft less than a month after it cut diplomatic ties with the neighboring country. 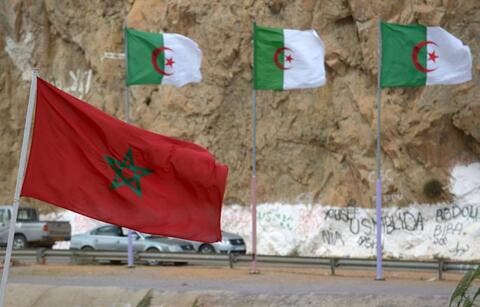 “The High Security Council has decided to shut its airspace immediately to all civilian and military aircraft as well as to those registered in Morocco,” the presidency announced in a statement on Wednesday.

Algeria closes airspace to all Moroccan planes#Algeria said it has closed its airspace to all #Morocco planes due to "provocations and hostile practices" by its neighbour, in the latest dispute between the countries at odds mainly over Western Sahara. https://t.co/7ubeWEc16Z

The decision came “in view of the continued provocations and hostile practices on the Moroccan side,” it added.

There was no immediate official response from Morocco.

The closure would only affect 15 flights weekly linking Morocco with Tunisia, Turkey and Egypt, according to a source at Royal Air Morocco (RAM).

The relevant flights could reroute over the Mediterranean and somewhat the impact on RAM is insignificant, added the source, who spoke on condition of anonymity.

Algeria broke off diplomatic ties with Morocco on August 24, accusing it of “hostile actions” after months of heightened tensions between the two North African countries.

Bilateral relations have been fraught in past decades as Algiers supports the armed Polisario Front that seeks independence for Western Sahara, which is claimed by Rabat as its own territory. The border between the two countries has been closed since 1994.

Last month, Algeria recalled its ambassador to Rabat after a Moroccan diplomat in New York called for the Kabylie people to have a right of self-determination.

Morocco’s support for the self-determination of Kabylie (MAK), which is seeking self-governing rule in Algeria, is another area of dispute between the two countries. MAK has been designated as a “terrorist organization” by the Algiers government.

Morocco's normalization of ties with Israel last year also angered the Algiers, since Algeria does not recognize and has no formal relations with the regime in Israel.

Govt of Algeria closes airspace to all Moroccan civil and military aircrafts-
This after the country’s High Security Council held a meeting to discuss what it describes as “continuation of hostile provocations and practices” on the part of Morocco.
Communique: pic.twitter.com/ZJy6HsHMId

Under the so-called Abraham Accords, Morocco became the fourth Arab country in 2020 to reach a normalization agreement with the Israeli regime after the United Arab Emirates, Bahrain and Sudan, in what has been strongly denounced by Palestinians as a “betrayal” of their cause. 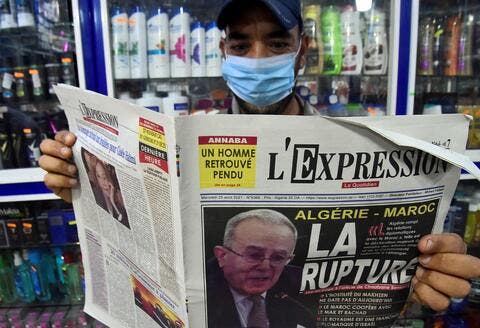 Egypt Calls For Dialogue to Settle The Morocco-Algeria Dispute

Morocco’s decision to normalize ties with Israel came after former US President Donald Trump recognized the North African country’s “sovereignty” over Western Sahara, which has been at the center of a decades-old territorial row between Morocco and the Polisario Front.

The two nations have never had long periods of friendship, notwithstanding the many factors that bring them together. Indeed, they belong to the same Maghreb region, share the same religion and identity, and speak a similar dialect. They also share a 1,550km common border.