Egypt Calls For Dialogue to Settle The Morocco-Algeria Dispute

Published August 29th, 2021 - 06:52 GMT
Algeria's Foreign Minister Ramtane Lamamra said the previous day that his country has severed diplomatic relations with Morocco due to "hostile actions", following months of resurgent tensions between the North African rivals. (Photo by RYAD KRAMDI / AFP)
Highlights
The OIC, Arab League and Saudi Arabia have called for dialogue to resolve arguments between the two countries

Egypt urged on Algeria and Morocco to use diplomatic solutions and dialogue to end their diplomatic rift. 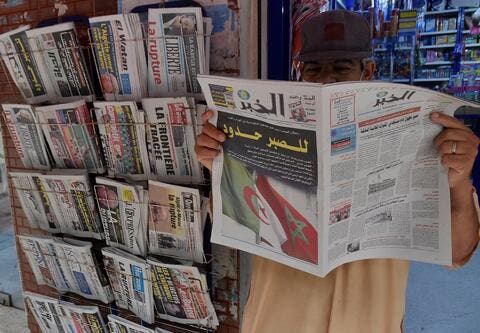 Algerian-Moroccan Tensions Through The Years

Egyptian Foreign Minister Sameh Shoukry made the appeal in phone calls to his Algerian and Moroccan counterparts, Ramtane Lamamra and Nasser Bourita, on Friday.

Analysis: "Both Rabat and Algiers will be seeking dominance in the strategic region of Africa - the volatile Sahel - where France will be ending its operations and withdrawing its troops by 2023" - @animsche reports https://t.co/ZeQzx9jfHd

Ahmed Hafez, spokesman for the Egyptian foreign ministry, said that Shoukry discussed recent developments between the two countries and “ways to move forward by overcoming these circumstances.”

On Wednesday, the Organization of Islamic Cooperation, Arab League and Saudi Arabia called for dialogue to resolve arguments between the two North African rivals.

Algeria said on Tuesday that it had cut diplomatic relations with Morocco because of “hostile actions,” following months of resurgent tensions.

Morocco called the decision “completely unjustified,” and said that it was based on “false, even absurd pretexts.”

In response, it announced on Friday that it would close its embassy in Algiers. It said that the ambassador and all staff would be repatriated to Rabat. 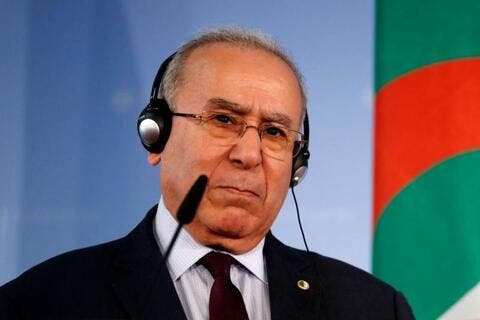 Shoukry urged diplomatic solutions and dialogue in the interest of promoting joint Arab action, in which “the two brotherly countries play a pivotal role.”

Morocco’s King Mohammed VI previously called on Algeria to “build a bilateral relationship based on trust and good neighborliness, because the current situation of these relations is not in the interest of their peoples, and is not acceptable to many countries.”