Published July 19th, 2021 - 11:03 GMT
A pickup truck passes by a hilltop manned by Moroccan soldiers on a road between Morocco and Mauritania in Guerguerat located in the Western Sahara, on November 23, 2020.( AFP)
Highlights
Algeria recalls envoy to Morocco in renewed row between neighbors

Algeria announced recalling its envoy in Morocco after high tension was resumed over a diplomatic row over the disputed territory of Western Sahara. 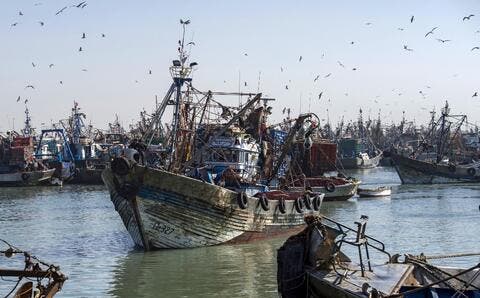 The Polisario Front Blames The UN Over The Western Sahara Conflict

Media reports said on Sunday that Algeria recalled its envoy to protest comments Omar Hilale, the Moroccan envoy to the United Nations, made last week at a meeting of the Non-Aligned Movement.

Algeria's foreign ministry has recalled its ambassador to Morocco & hinted at possible further measures in the latest flare-up of tension btw the neighbours over the disputed territory of Western Sahara.

Hilale called for the right of "self-determination" to Algeria's Kabylie people, better known as the Berber ethnic group spread across the Atlas Mountains and other areas.

Speaking from the UN headquarters in New York, Hilale said that Algeria’s support for the “self-determination” of the Western Sahara region was hypocritical given the fact that it opposes giving the same rights to the Kabyle people in the country.

Western Sahara is claimed by Morocco as well as the Algeria-backed Polisario Front.

In an official response on Friday, Algeria strongly condemned what it described as a “serious deviation” committed by the Moroccan envoy to the UN.

Algeria demanded that Morocco "clarify" its position after the "inadmissible comments of its ambassador in New York."

“The Moroccan diplomatic representation in New York ... is officially devoted to demonstrating the Kingdom of Morocco’s involvement in an anti-Algeria campaign through public and explicit support for the right of alleged self-determination of the Kabyle people,” said the statement released by Algeria’s Foreign Ministry

The dispute between Morocco and the Algeria-backed Polisario Front independence movement in the Western Sahara region has been a decades-long bone of contention between the two North African neighbors.

Morocco’s support for the self-determination of Kabylie (MAK), which is seeking self-governing rule for Kabylia in Algeria, is another area of dispute between the two.

The minority Berber ethnic group in Algeria claims the Algiers government is making efforts to assimilate the minority group into the Arabized Berber and Arab majority. 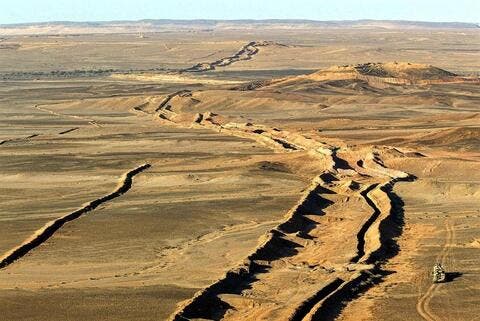 The End of the 'Sand Curtain'? Morocco, Normalization & the Western Sahara

The objective of MAK's leadership is to establish regional self-determination for the Kabyle in Algeria, as the "first step towards a Kabyle, Berber State."

MAK has been designated as a "terrorist organization" by the Algiers government.