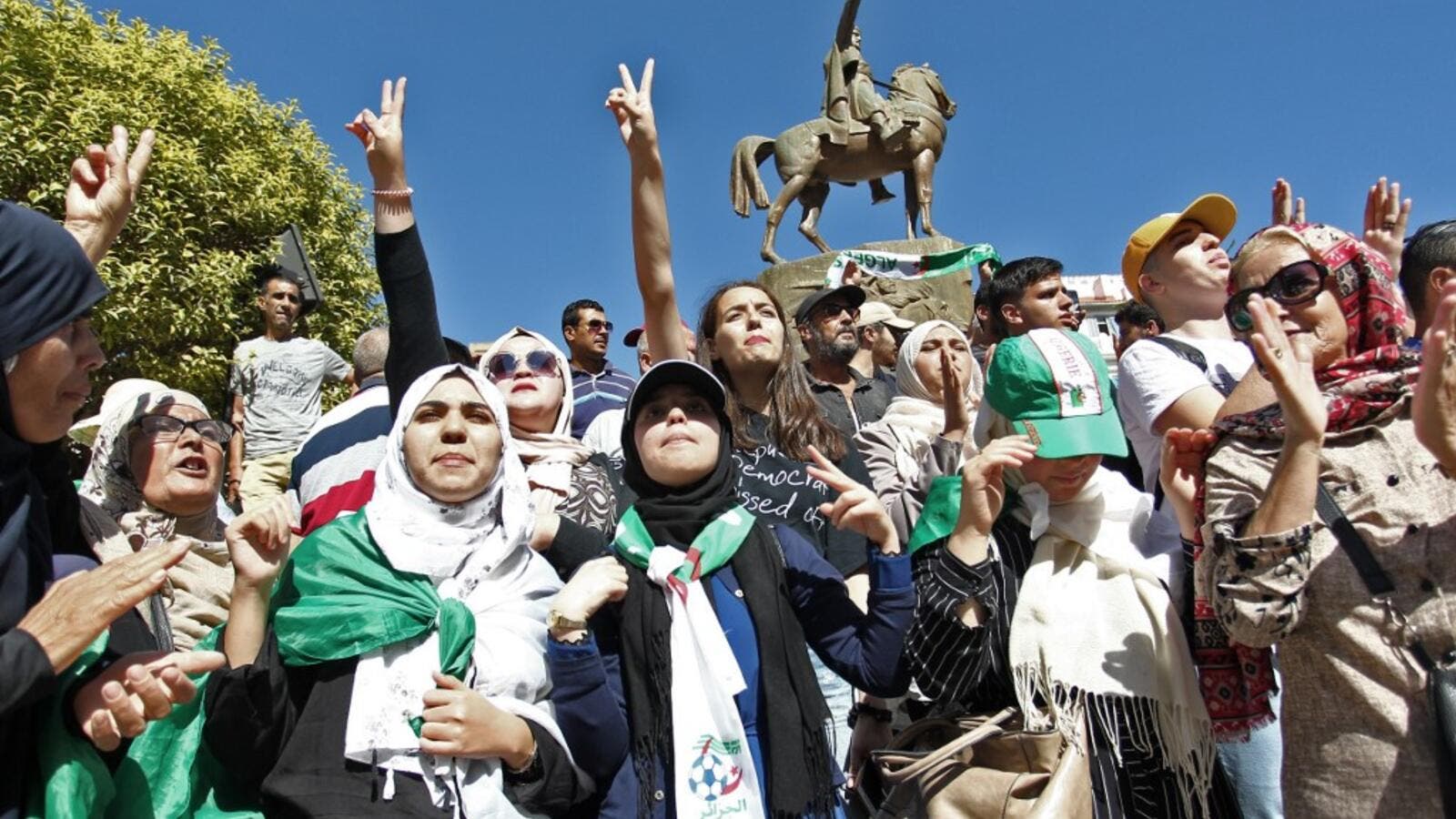 Algerian protesters gesture during an anti-government protest in the capital Algiers on October 8, 2019. Demonstrators gathered in the capital, the epicentre of Algeria's protest movement that forced longtime president Abdelaziz Bouteflika to step down in April. (STRINGER / AFP)

It said the polls, scheduled for December 12, will be more transparent.

It also called on the media to be “honest in reporting events and to address intimidation.”

Most media outlets have been complaining of restrictions in their news reporting since demonstrations started eight months ago.

The army magazine, which reports on behalf of the Ministry of Defense, said Wednesday in its new monthly issue that “features of the new Algeria are on the horizon with the tireless efforts exerted and the tremendous steps that have been taken so far.”

The magazine was referring to a campaign launched by the army to combat corruption through the judiciary. This crackdown has resulted in the arrest of a large number of figures from the former regime of president Abdelaziz Bouteflika, including two former prime ministers and several former ministers, and businessmen.

According to the Army Chief of Staff Ahmed Gaid Salah, this crackdown has put Algeria on the right track to build a new state, starting with the elections that are rejected by protesters.

The newsletter, which usually expresses the military establishment’s political position on current events, said the army “has accompanied the judiciary in fighting the corrupt and punishing Bouteflika regime figures who have plagued the country with corruption and squandering.”

The army is also determined to hold transparent elections and create the appropriate conditions that contribute to their success.

“The right decision to hold the presidential elections on time will definitely help the country avoid a vacuum … and is an urgent necessity compelled by the country’s harsh circumstances,” the magazine stressed.

People have realized, it affirmed, that the army has no political ambitions and is not biased to any of the candidates, in reference to rumors on social media that Abdelmadjid Tebboune is backed by the military in the polls.

Paris Hilton Reveals Ending Her Engagement Was a Good Decision