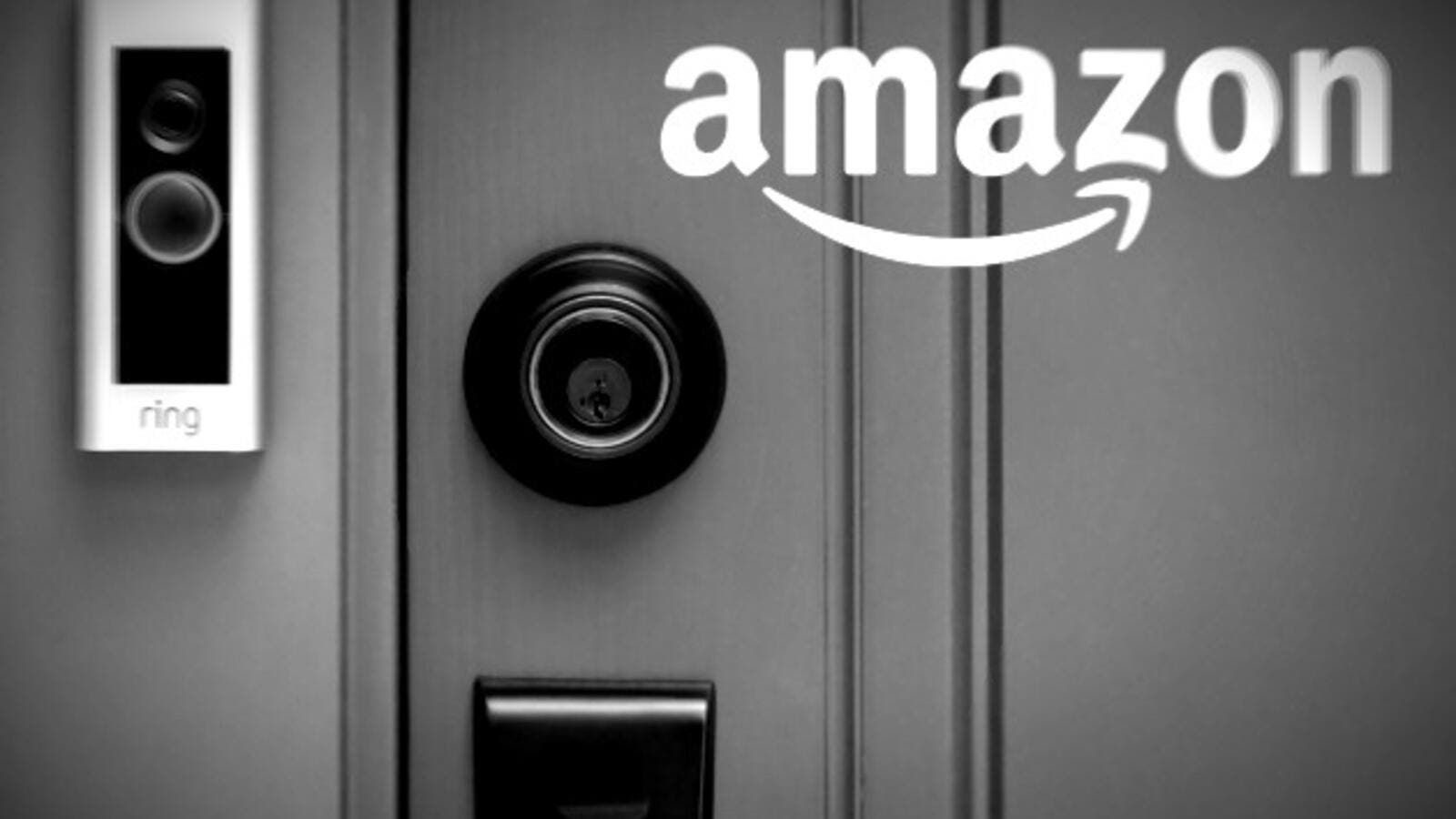 Amazon's Ring (Amazon)
How appealing is it to mount a camera to the outside of your house, where it constantly watches the world without ever blinking or turning off? Every second of footage is stored on a cloud that is accessible by both the parent company and your local police forces.

This idea may seem unappealing to many, but for hundreds of thousands of American consumers, such a camera represents a new, sophisticated way to keep their home safe. Amazon, one of the largest companies to ever exist on planet Earth, sells a so-called ‘smart’ camera called Ring that is billed as a home security device, keeping undesirable people out of the home and by extension, out of the community entirely.

The camera comes with a companion app, Neighbors, where members of a community can share photos and videos of suspicious activity spotted in their neighborhood.

On an individual home basis, the camera serves a rationale for boosting safety, but on a wider scale, the saturation of ever-watching cameras in communities is building grid-like surveillance networks throughout the U.S., whereby neighbors engage in co-policing in conjunction with Amazon and local security apparatuses.

With unknowing pedestrians being constantly watched and discussed, a stark image of an atomized public surveilling itself, offering mounds of data for Amazon to mine takes hold. But Amazon’s Ring signifies only the tip of the iceberg in a new era of what is called surveillance capitalism.

Al Bawaba spoke with Christopher Gilliard, a Detroit-based surveillance expert who teaches at Macomb Community College. He warns that surveillance capitalism poses grave threats not only to already-criminalized minority populations, but nationwide democratic institutions, which are staffed by public servants struggling to keep up with the sheer pace at which companies like Amazon are gaining power and data.

Gilliard explores how individual consumer choices lead to a widening surveillance net that is beginning to swallow up public space, transforming it from neutral territory to a space to be feared, within individuals must assume they are being watched. Opting out is simply not possible.

Although much of this surveillance is domestically oriented, it has profound international implications.

As the data flows into the databases of massive companies, their ability to develop increasingly advanced security tech also gets easier. From there, Big Data companies can secure lucrative contracts with foreign governments to deploy the same technology as a means of oppression.

Already, Chinese-tech giant Huawei is perfecting its own surveillance tech in policing Uyghur Muslims and exporting that same tech worldwide. Amazon, it is feared, could do the same with its data being collected in the U.S.; leveraging it to create military-grade security tools to be used by the U.S. army and foreign states alike.

“Police departments have been acting for the past couple of years as de facto doorbell salespeople,” Gilliard quips.

“It sounds funny, but it’s really dystopian,” he says, adding that Amazon was providing free or discounted doorbells to police forces, allowing police departments to distribute them en masse to anxious homeowners. From there, cameras function as arms of both the state and the private interests of Amazon.

“It’s a very dangerous nexus,” Gilliard explains, “where police are partnering with Amazon… to expand a surveillance network,” where neither would otherwise be able to do on its own. For Amazon’s part, the cameras also serve as a handy tool to secretly monitor their own army of delivery people, Gilliard adds.

The private-public surveillance nexus has enabled authoritarian states like China to create A.I.-powered concentration camps for Uyghur Muslims with the help of billions of dollars in state contracts to semi-private tech companies. And while it is highly unlikely that such a nexus would lead to the same nightmarish outcome in the U.S., Gilliard warns to take the analogy seriously.

“I do think it’s very easy for consumers to have done this to themselves, because most of the people buying Ring doorbells who don’t expect that surveillance mechanisms will be turned on them in any kind of harmful way,” he says, alluding to the fact that the surveillance network is more likely to target already-marginalized minority populations.

As the feedback loop between fear and surveillance compounds, so too do the threats powerfully connected companies like Amazon pose to democracy, and to populations abroad who could be targeted by the U.S.