Published December 22nd, 2021 - 07:55 GMT
A soldier loyal to Yemen's Huthi rebels browses a phone while standing amidst the rubble of a building destroyed following a reported air strike by the Saudi-led coalition targeting the Huthi rebel-held Yemeni capital's Sanaa International Airport on December 21, 2021. (Photo by MOHAMMED HUWAIS / AFP)
Highlights
Maliki said the coalition facilitated the transfer of the Iranian diplomat for humanitarian considerations

The Arab Coalition slammed statements made by Iranian Foreign Minister Hossein Amir-Abdollahian regarding the evacuation of their ambassador in Yemen, Hassan Irloo, Al-Arabiya TV reported on Wednesday. 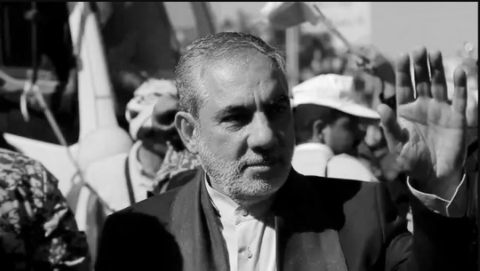 Iran's Ambassador to Houthi Yemen Dies of The Coronavirus

The Arab coalition spokesman Brig. Gen. Turki Al-Maliki said the statements by the Iranian side are not surprising and reflect the behavior of Iranian diplomacy.

Maliki said the coalition facilitated the transfer of the Iranian diplomat for humanitarian considerations in appreciation to diplomatic mediation from Oman and Iraq, in less than 48 hours after the diplomat’s health condition was reported.

Al-Maliki said that these “insulting statements directed to the Kingdom of Saudi Arabia contradict humanitarian values and principles, and do not value the humanitarian and noble stance of the coalition in evacuating the aforementioned from Sanaa to Basra (in Iraq).”

Al-Maliki indicated that the Joint Forces Command of the coalition provided all the facilities and permits needed, as well as logistical support for the C-130 medical evacuation aircraft provided by the Iraqi Air Force.

The colonel mentioned that Irloo had entered Yemen illegally and supported the chaos and fighting by the Houthi militia.

He also noted that this is the second evacuation to take place for an Iranian citizen involved in the fighting in Yemen following that in 2019 of a member of the Iranian military ship Saviz by the Royal Saudi Air Force.

The death of Irloo came after he was recalled from war-torn Yemen for what Iran described as medical treatment. 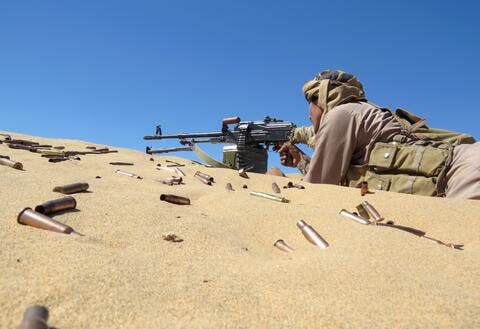 The Wall Street Journal earlier reported that Irloo was being removed from his post over growing strains between Iran and the Houthis, who hold Yemen’s capital, Sanaa.

The US State Department under then-President Donald Trump had described Irloo as a member of Iran’s powerful paramilitary Revolutionary Guard.