Published January 23rd, 2022 - 09:23 GMT
Workers carry the coffin of Hardev Singh, who was killed on the January 17 drone attack in Abu Dhabi, into an ambulance at the Sri Guru Ram Dass Jee International Airport on the outskirts of Amritsar on January 21, 2022. (Photo by NARINDER NANU / AFP)
Highlights
There was international condemnation in response to Monday’s Houthi attacks.

The Arab League will hold an extraordinary session on Sunday to discuss the recent terrorist attacks against the UAE by Yemen’s Iran-backed Houthi militia. 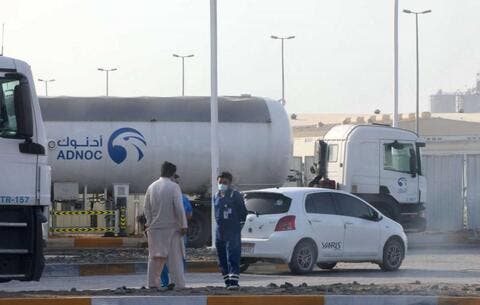 After The UAE Attacks: Could The Houthis Spread The Conflict Further?

The session will be chaired by Kuwait’s permanent representative to the organization, and was requested by the UAE on Friday.

He stressed the “need for the international community to stand united in the face of this terrorist act that threatens regional peace and stability.”

The @UN Security Council condemns in the strongest terms the 'heinous terrorist attacks' on #UAE🇦🇪 by Houthi militia. The Council has made it unanimously clear in its statement today, that more international action is needed to address the Houthi threat and hold them responsible. pic.twitter.com/9xr50n5jht

There was international condemnation in response, including from the UN Security Council on Friday.