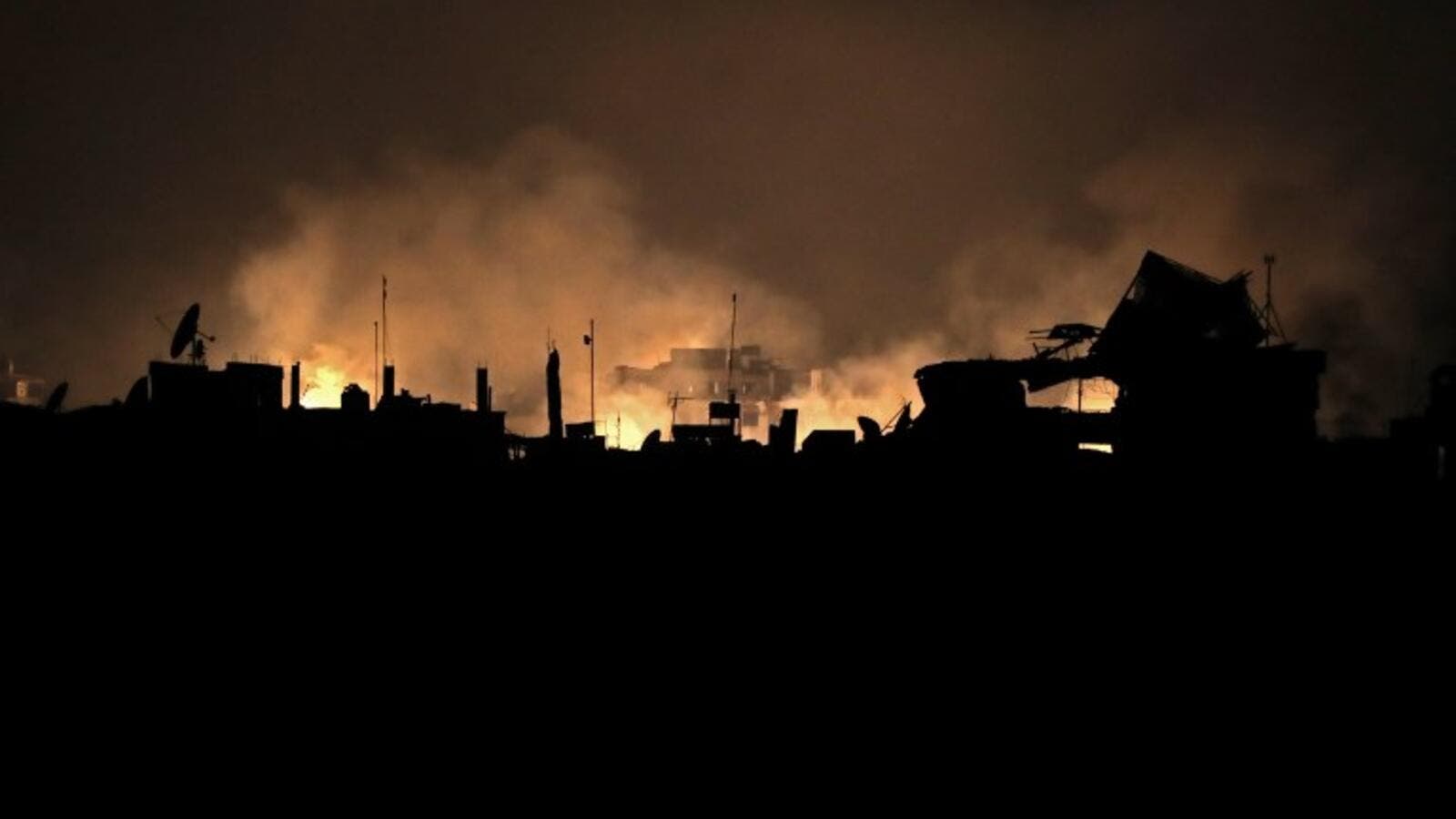 A picture taken early on Mar. 23, 2018 shows flames erupting following regime bombardment in Douma, one of the few remaining rebel-held pockets in Eastern Ghouta on the outskirts of the capital Damascus. (HAMZA AL-AJWEH / AFP)

The Assad regime and its allies on Friday targeted a shelter in the Arbin town of Syria’s besieged Eastern Ghouta, killing dozens of civilians, according to White Helmets.

In statements made on its social media accounts, the civil defense group said fighter jets had been used to hit the shelter inhabited by civilians with inflammable "napalm" bombs.

Initial reports suggest at least 37 civilians, mostly women and children, were burnt to death; the death toll is expected to increase further.

Civilians remain trapped in the region and have been unable to get out of their shelters due to intense airstrikes carried out by the regime and Russia.

With the intent to capture the entire Eastern Ghouta region, Assad regime and its allies have intensified their attacks since Feb. 19 and they have also launched a ground offensive on March 3.

Since Feb. 19, nearly 1,000 people have been killed in Eastern Ghouta.

On Feb. 24, the U.N. Security Council unanimously adopted Resolution 2401, which called for a cease-fire in Syria -- especially in Eastern Ghouta -- to allow the delivery of humanitarian aid.

Despite the cease-fire resolution, however, the regime and its allies early this month launched a major ground offensive -- backed by Russian air power -- aimed at capturing opposition-held parts of the district.

Home to some 400,000 civilian residents, Eastern Ghouta has remained under a crippling regime siege for the last five years that has prevented the delivery of badly-needed humanitarian supplies.

In 1980, the U.N. Convention on Certain Conventional Weapons banned the usage of flammable Napalm bombs against civilians.