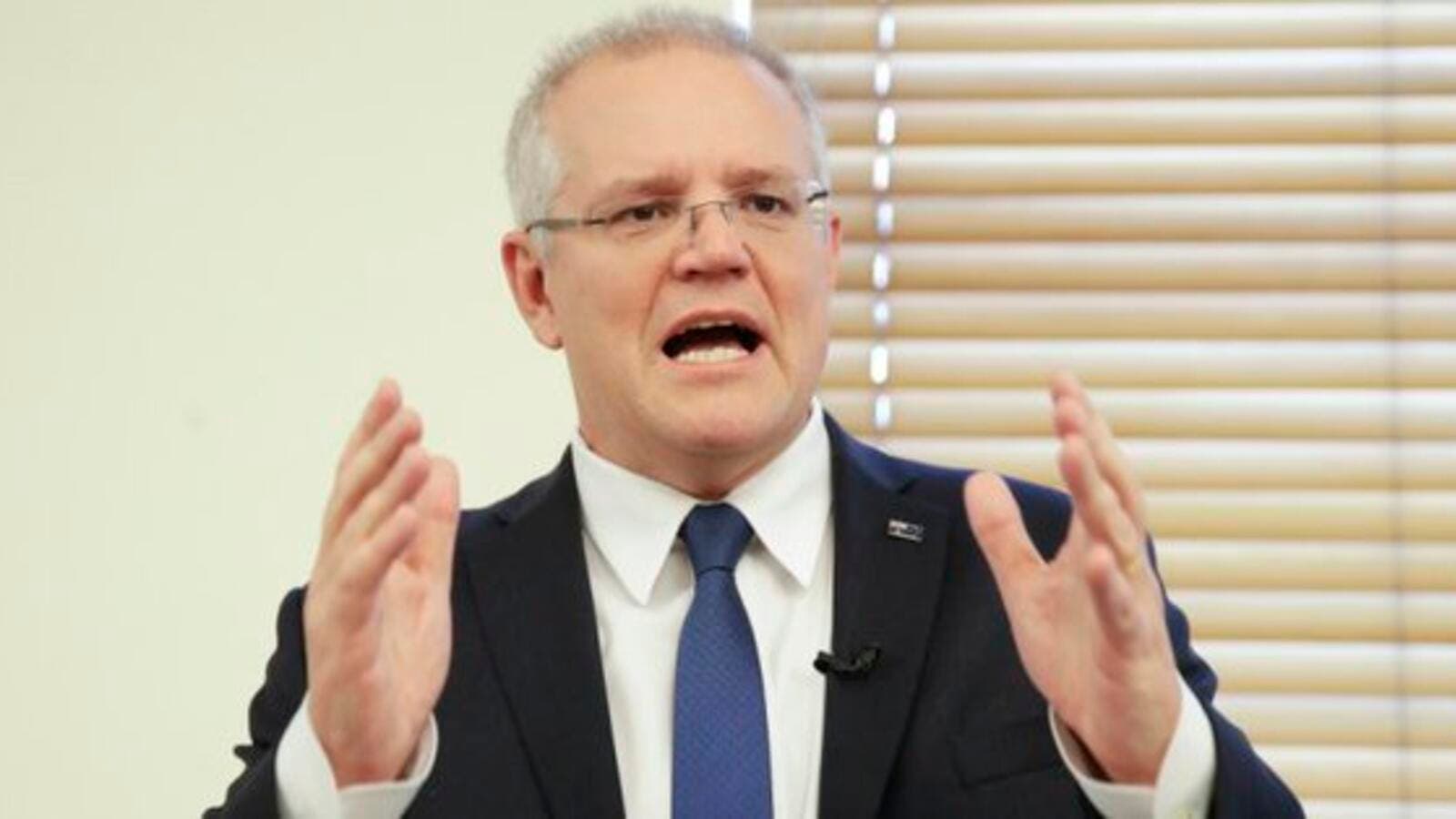 Australian Prime Minister Scott Morrison (Twitter)
Highlights
He said the decision to rescue the children was a difficult one and he had stipulated that no Australian was to be put in harm's way during the process.

Eight Australian children of two dead Islamic State militants have been rescued from a Syrian refugee camp and are on their way home, Australian Prime Minister Scott Morrison said Monday.

In a press briefing, the prime minister said his government has been working closely with international agencies to repatriate the children.

The children, including the offspring and grandchildren of Australian terrorist Khaled Sharrouf, were rescued Sunday when a convoy of vehicles entered the refugee camp to extract them, The Australian reported.

He said the decision to rescue the children was a difficult one and he had stipulated that no Australian was to be put in harm's way during the process.

The children will be flown through transit hubs in the Middle East before they come home where they will undergo rehabilitation.

"There is no blanket policy here, every single case is assessed on its merits," he said. "There are a range of processes that one has to go through. Most significantly, the whole issue of identity. But these are not matters that government agencies are unfamiliar with."

For the safety of the children, he said he would not reveal when they will return or their exact whereabouts.

"I think Australians would agree that we need to show compassion in the cases of these children, but at the same time Australians would equally expect the government to exercise all the care that is needed to ensure the security issues are well addressed in the decisions that we have made."

Save the Children said it welcomes news of the Australian government working to repatriate the children.

"We commend the government's commitment to bring these children home," the organization's CEO Paul Ronalds said in a statement. "These children have had their childhoods taken away from them, facing horrors and atrocities that are difficult to imagine. They are innocent victims of war and we're pleased they will soon be reunited with their families back to Australia."

The organization said there are at least 50 other Australian children and women in the northeast Syrian refugee camps.

"We urge the Australian government to bring them home too as quickly as possible," Ronalds said.

The rescue comes in the wake of U.S.-backed Syrian Defense Forces having recaptured the final IS enclave in the Middle Eastern country in March.

At one point, IS territory encompassed 34,000 square miles in Iraq and Syria.