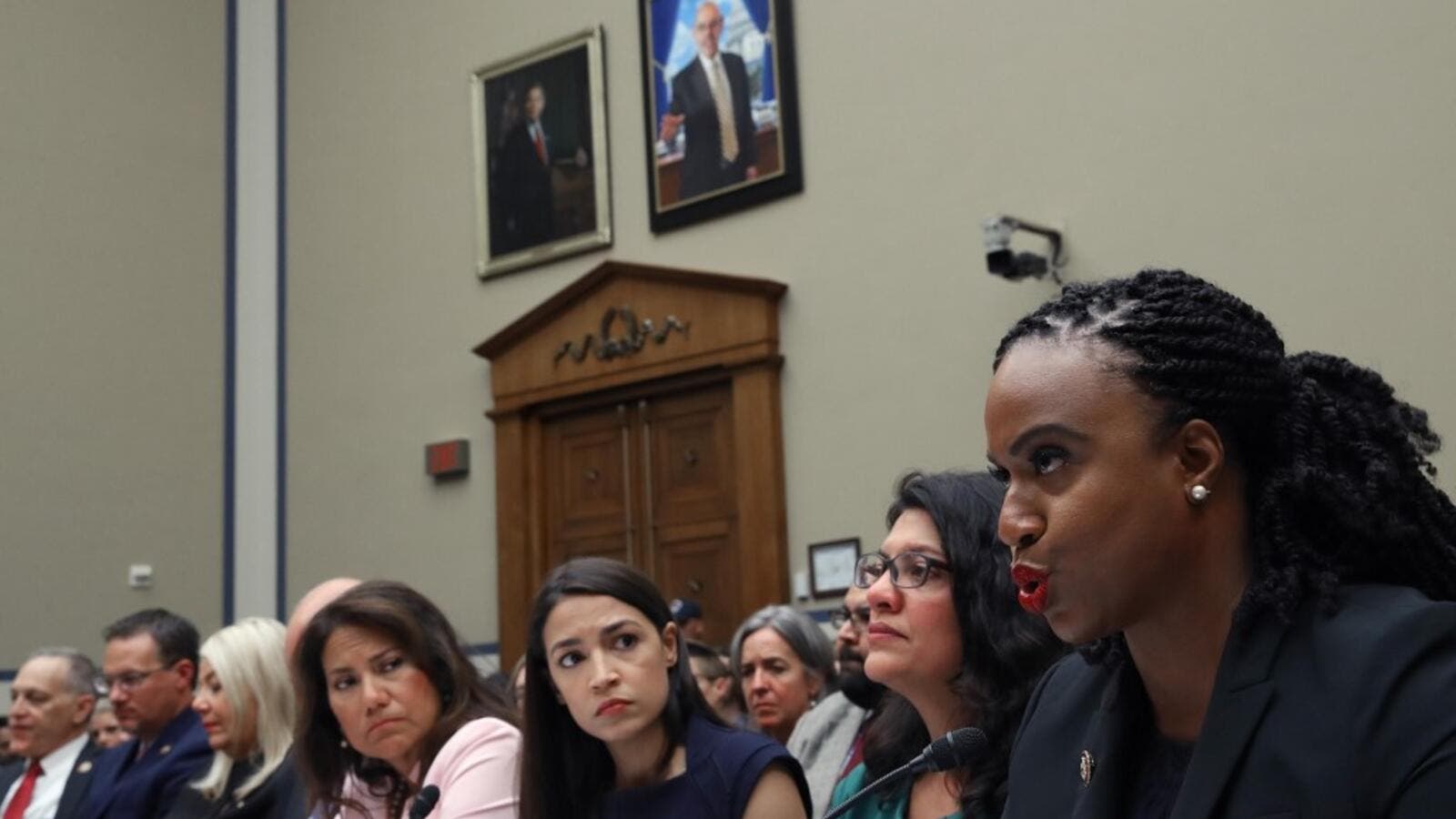 Four progressive Democratic congresswomen reacted on Sunday to US President Donald Trump's suggestive tweets, telling them to "go back" to the countries they "originally came from", sparking yet another firestorm over his views on race and immigration.

Trump said the four "originally came from countries whose governments are a complete and total catastrophe, the worst, most corrupt and inept anywhere in the world".

Alexandria Ocasio-Cortez of New York, Ilhan Omar of Minnesota, Rashida Tlaib of Michigan and Ayanna Pressley of Massachusetts hit back at Trump on his favoured social media site.

"I am fighting corruption in OUR country. I do it every day when I hold your admin accountable as a U.S. Congresswoman," Tlaib tweeted.

"You are stoking white nationalism bc you are angry that people like us are serving in Congress and fighting against your hate-filled agenda," Omar wrote on Twitter.

"THIS is what racism looks like. WE are what democracy looks like," Pressley wrote over a screenshot of Trump's tweets, while Ocasio-Cortez tweeted that Trump is "angry because you can't conceive of an America that includes us."

Trump had accused the women of "viciously telling the people of the United States, the greatest and most powerful Nation on earth, how our government is to be run."

"Why don't they go back and help fix the totally broken and crime infested places from which they came. Then come back and show us how it is done," Trump tweeted.

Trump - whose comments were branded "racist" and "xenophobic" by Democratic presidential candidates and senior legislators - last year reportedly referred to countries in Africa as "shithole" nations and has spoken of an "invasion" of migrants.

While Trump did not identify the targets of his comments by name, a tweet he sent out later in the day said they "hate Israel with a true and unbridled passion," indicating he may have been referring to Omar and Tlaib, who have recently been embroiled in controversies related to the Jewish state.

Tlaib, who was born in Detroit, is the first American of Palestinian descent elected to Congress, while Omar, who fled war-torn Somalia as a child and came to the United States as a refugee, is the first black Muslim woman in Congress.

THIS is what racism looks like. WE are what democracy looks like. And we’re not going anywhere. Except back to DC to fight for the families you marginalize and vilify everyday. pic.twitter.com/vYzoxCgN0X

The four congresswomen were joined in their criticism of Trump by Democratic presidential candidates as well as leaders from the party, which holds the majority in the House of Representatives.

"Racism and xenophobia have no place in America," tweeted former vice president Joe Biden, the frontrunner for the 2020 Democratic nomination.

House Speaker Nancy Pelosi has warned her party to avoid the "menace" of liberal policies pushed by Ocasio-Cortez and other progressives, if Democrats hope to beat Trump in the 2020 election.

But on Sunday, she criticised Trump's "attack.

"I reject @realDonaldTrump's xenophobic comments meant to divide our nation," she tweeted.

Trump's remarks, she said, reaffirmed "his plan to 'Make America Great Again' has always been about making America white again."