Baghdad Protests Turn Violent as One Killed in Tahrir Square

Published May 26th, 2021 - 07:08 GMT
Iraqis demonstrate in the central city of Nassiriyah on May 25, 2021, to demand accountability for a recent wave of killings targeting activists. Thousands of Iraqis demonstrated in the country to demand justice over a wave of deadly attacks on pro-democracy activists and journalists. Asaad NIAZI / AFP
Highlights
“The government did not deliver, we had to march,” said activist Kamal Jaban at Tahrir Square.

An Iraqi protester was shot dead after clashes erupted at demonstrations Tuesday over a wave of deadly attacks on pro-democracy activists and journalists, police and a hospital source said. 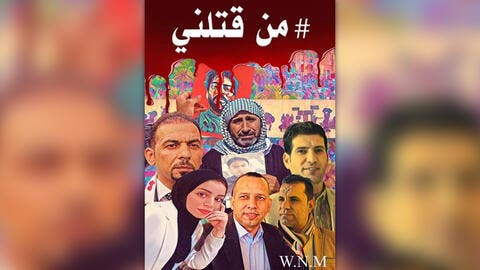 Thirteen demonstrators were injured when police moved in to disperse them, the police said, adding that five officers were hurt by projectiles thrown at them during the operation.

Hundreds of Iraqis took to the streets in Baghdad on Tuesday to protest what they say is the impunity of those behind a rising number of targeted killings of prominent activists and journalists.

since october 2019 iraqis have been protesting for human rights, please spread awareness for all the young people who are being assaulted and are dying to fight for their country #SaveTheIraqiPeople #العراق_ينتفض pic.twitter.com/UQKoo5KKMN

Demonstrators gathered in the capital’s Tahrir Square amid heavy security, among them protesters from southern provinces including Dhi Qar and Karbala. Tensions there have mounted in recent weeks over the increasingly frequent targeted killings.

“Today’s protests took place because the weak government did not keep its promises to bring the murderers to justice,” said activist Kamal Jaban at Tahrir Square.

Many waved Iraqi flags and raised portraits of Ehab Wazni, a prominent activist assassinated in Karbala, among three targeted killings this month alone. Protesters had given the government two weeks to hold his killers responsible.

“The government did not deliver, we had to march,” said Jaban.

The semi-official Independent High Commission for Human Rights reported nearly 35 activists have been killed in Iraq since an anti-government protest movement swept the country in October 2019. There have also been nearly 82 attempted murders since then.

In the last year alone, 15 Iraqis were killed and there were 30 attempted killings recorded by the commission, said spokesman Ali al-Bayati.

Protesters expressed outrage that despite launching several investigations into the murders, Iraqi authorities have not named any perpetrators. There is a wide belief that the killers aree linked to Iran-backed militia groups and that the government is powerless and unwilling to identify them.

“Impunity comes from the failure of state institutions to bring the perpetrators to account,” said Bayati. “This gives them the green light to continue.”

Many expect the killings to continue as Iraq plans to hold early elections in October, which had been a key demand of anti-government protesters.

Now, some of those same protesters are calling for the elections to be cancelled as the death toll from targeted killings rises, saying they have no faith in the current system.

“We will not delay the elections if we get fair and safe chances to participate in them,” said Jaban. “We will boycott the elections unless there are positive changes.”

A recent Human Rights Watch report raised concerns that without justice the killings could prevent Iraqis from participating in the election.

“If the authorities are not able to take urgent steps to stop these extrajudicial killings, the palpable climate of fear they have created will severely limit the ability of Iraqis who have been calling for change to participate in the upcoming parliamentary elections,” wrote senior researcher Belkis Wille.

Heavy security deployments were seen in central Baghdad ahead of the Tuesday protest.

Iraqi security forces arrested four “infiltrators” near Tahrir Square in the morning, according to an Iraqi military statement. The individuals were reportedly carrying weapons and sought to incite violence.

Tens of thousands of protesters, most of them Iraqi youth, took to the streets in October 2019 to decry corruption, poor services and unemployment. Demonstrators camped out in Tahrir Square for months. 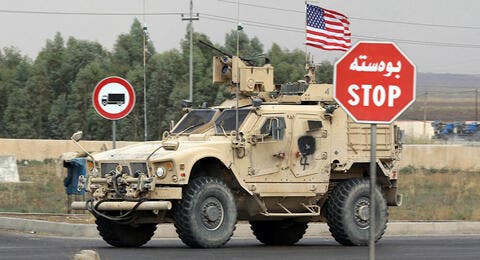 But the movement had petered out by February last year owing to the government’s heavy-handed response and the coronavirus pandemic. Over 500 people died because security forces used live ammunition and tear gas canisters to disperse crowds.

Though protests have waned, targeted assassinations against civil society groups and outspoken activists continue to create a climate of fear. Many activists have left Baghdad to seek refuge in the Kurdish-controlled northern region or sought asylum in Turkey.