Foreign Minister Gabi Ashkenazi approved Bahrain’s first ever ambassador to Israel on Tuesday, ahead of the Gulf state’s opening of its embassy in coming weeks.

Bahraini Foreign Minister Abdullatif bin Rashid Al Zayani appointed Khaled Yousif al-Jalahama to the position on Sunday. Jalahama is the Director of Operations at Bahrain’s Foreign Ministry, and was deputy chief of mission at Bahrain’s Embassy to the US in 2009-2013.

We welcome today’s appointment of Bahrain’s first ever ambassador to Israel, as well as UAE’s ambassador last month. Normalization between Arab capitals & Israel will open new horizons across the region. The United States will continue to help support these important arrangements

A Bahraini team is expected to arrive in Israel in the coming weeks to set up an embassy in the Tel Aviv area.

Ashkenazi told Al Zayani on Sunday evening: “The Bahraini government’s decision to appoint an ambassador to Israel is another important step towards implementing the peace agreement and strengthening the ties between the two countries.”

Bahrain announced in September that it was normalizing ties with Israel, less than a month after the United Arab Emirates did so, in the framework of the Abraham Accords.

Israel already had a secret diplomatic office in Manama, Bahrain’s capital, before normalization was announced, and it became an embassy operating in the open in recent months. 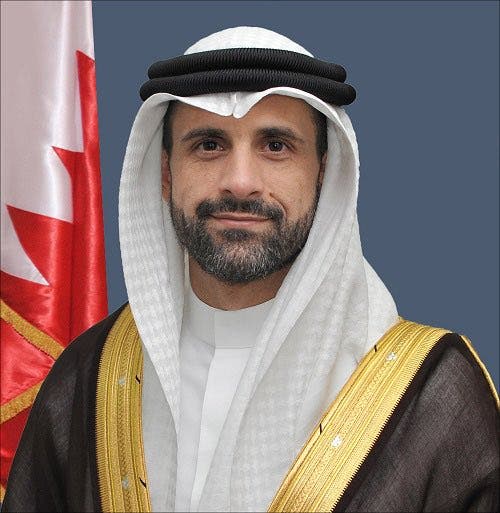 Bahrain’s former ambassador to the US Houda Nonoo, who is Jewish, worked with Jalahama in Washington and said she is “excited for him to help usher in this next stage of the Bahrain-Israel relationship.”

Rabbi Marc Schneier of New York, who is a special adviser to the King of Bahrain, said Jalahama’s appointment “will profoundly advance [the] spirit of peace, cooperation and coexistence in the Middle East.”

“In my many meetings with Gulf leaders over the last 12 years, no other Gulf leader than HM King Hamad bin Isa Al Khalifa of Bahrain was so genuinely committed to establishing diplomatic relations with Israel,” Schneier said. “In his words at a meeting at the Royal Palace in 2016, the ‘only hope for a strong moderate Arab voice is a strong Israel.’”

Earlier this month, the UAE’s first ambassador to Israel, Muhammad Mahmoud Al Khaja arrived, presenting his credentials to President Reuven Rivlin. He spent several days in Israel and is expected to return next month.

Congratulations to Khaled Yousif Al-Jalahma on becoming Bahrain’s first ever ambassador to Israel.
This is an exciting and historic step toward the continued strengthening of ties between these two countries. 🇧🇭🇮🇱https://t.co/YhELa0VUHx

Last week, Al Khaja tweeted a Passover greeting: “Let us all celebrate the universal ideals of freedom and hopeful new beginnings. We have much to rejoice and look forward to. Happy Passover and Chag Sameach. See you soon Israel.”