Bennett Addresses Knesset Ahead of Swearing In the New Government

Published June 13th, 2021 - 01:15 GMT
Israel's parliament was to decide when parties united against Prime Minister Benjamin Netanyahu will be able to make their bid to topple him, but the combative incumbent has refused to go without a fight. Menahem KAHANA / AFP

Incoming prime minister Naftali Bennett began his address to the Knesset plenum on Sunday afternoon, ahead of the swearing in of the new government later in the evening. 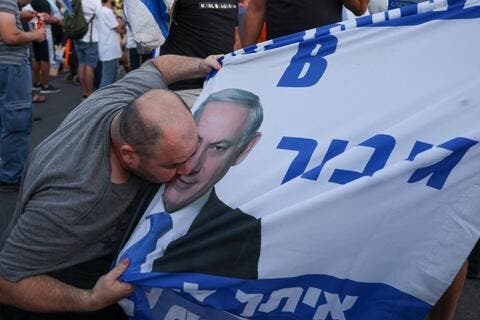 End of a Netanyahu Era: Naftali Bennet in The Israeli Driving Seat

Bennett began his address thanking Prime Minister Benjamin Netanyahu for his years of service to the State of Israel. He was met by yells and shouts from different MKs from the Right, including his past allies with the Religious Zionist Party who were removed from the plenum.

Members of the Likud Party interrupted Bennett throughout his speech, refusing to allow him to address the Knesset.

"Israel is not just a state but it is a dream of generations of Jews," he said. 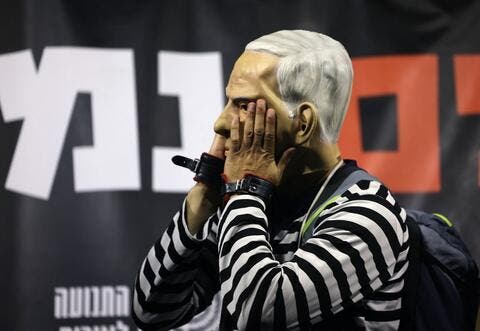 Incoming prime minister @NaftaliBennett began his address to the #Knesset plenum on Sunday afternoon, ahead of the swearing-in of the new government later in the evening. https://t.co/rZWPe8RbOM

Bennett said that Israel faced great challenges, including Iran, international institutions like the United Nations and the constant need to combat "Palestinian terrorism."