Bickering Continues: In Lebanon Chance of Forming Cabinet is Dim

Published August 11th, 2021 - 07:55 GMT
Hundreds of Lebanese marched on August 4 to mark a year since a cataclysmic explosion ravaged Beirut, protesting impunity over the country's worst peacetime disaster at a time when its economy was already in tatters. (Photo by PATRICK BAZ / AFP)
Highlights
No new meeting has been set between President Michel Aoun and Prime Minister-designate Najib Mikati

Prime Minister Hassan Diab’s government resigned on Aug. 10, 2020 days after Beirut port blast. Diab addressed the Lebanese people saying that he had decided to quit because “the corruption system is greater than the state.” 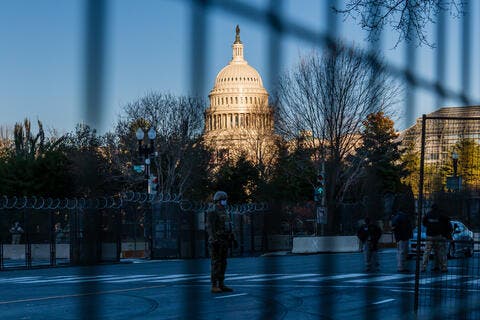 Since then, Diab has been the caretaker prime minister of a government that cannot make decisions in a country that is sliding further every day into the abyss.

It is the longest caretaker period for a government in Lebanon’s political history. Three PMs have in vain been assigned to form a government. No new meeting has been set between President Michel Aoun and Prime Minister-designate Najib Mikati.

The information leaked from their previous six meetings indicates that the two parties are growing farther apart and that Aoun’s demands now include the Ministry of the Interior as well as the Ministry of Justice.

Parliament Speaker Nabih Berri and his allies in Hezbollah had nominated a Shiite figure, who is the director of financial operations at the Central Bank, to take over the Ministry of Finance, but Aoun rejected this proposal because he is calling for a criminal investigation into the Central Bank’s accounts.

Diab, who is in self-quarantine because he came in contact with a coronavirus positive person, addressed the Lebanese on Tuesday saying: “The new government, whose formation is yet to succeed, is supposed to resume negotiations with the International Monetary Fund (IMF), which is our only way out of this imminent collapse.”

Diab warned that “any existing government will not be able to address the structural crisis without external assistance and a practical plan.”

Future Bloc MP Mohammed Hajjar told Arab News: “The failure to form a government so far is caused by a team composed of President Aoun and his son-in-law, MP Gebran Bassil. They want a tailor-made country on their own terms and that serves their personal interests. Aoun wants to control the government, so if there are no parliamentary elections, he wants to stay in power and extend his term with a constitutional fatwa (edict). Aoun does not mind repeating what he did in 1989 when he took over a separatist government.”

Hajjar claimed that during the consultations between Mikati and Aoun, the latter requested 12 of the 24 ministers. “I can assure you that this is true. He will keep coming up with excuses until he gets the government he wants. His criterion is the interest of his son-in-law and himself only; to hell with the country’s interests.”

He said that Hezbollah is Aoun’s ally in what is happening now. “If Hezbollah wanted the government, it would have put pressure on Aoun and his political team, but what we see is the opposite, and no one can convince us that Hezbollah is looking out for Lebanon’s interests. It works for Iran’s interests and keeps the collapsing Lebanon as a card in Iran’s hands.”

Regarding the militant group’s recent rocket attacks on Israel, he said: “The tension Hezbollah stirred on the southern front in response to the tension in the Arabian Sea is nothing but a service to Iran.”

In September 2020, Aoun warned: “We are heading to hell if a government is not formed.” At that time, he insisted on getting the Ministry of Finance and refused to give it to the Shiite community.

The Lebanese have been quoting Aoun’s “hell” comments as the noose around their necks tightens.

On Tuesday, the head of the General Labor Union, Bechara Al-Asmar, said he was informed many mills have stopped operating due to lack of diesel, while the rest will eventually follow suit once they run out of fuel.

Hospitals announced that they only have enough diesel to run their private generators for a few days. 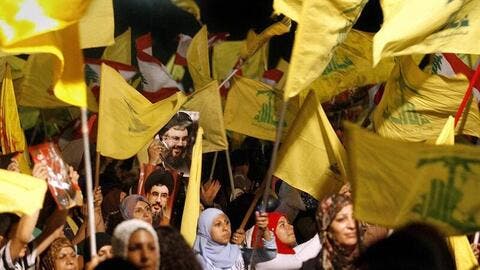 Lebanese People Say No to Hizbollah!

The International Organization for Migration warned on Tuesday that 120,000 migrant workers “are in dire need of humanitarian assistance in Lebanon due to the accelerating economic collapse that is plaguing the country.”

Meanwhile, the gasoline stock in Lebanon is only sufficient for five days. Two ships obtained prior approval from the Central Bank to come to Lebanon, but the date of their arrival has not yet been fixed.