U.S. President Joe Biden is to end his first overseas trip as commander-in-chief on Wednesday with a highly anticipated summit between Russian President Vladimir Putin amid heightened tensions between the two countries. 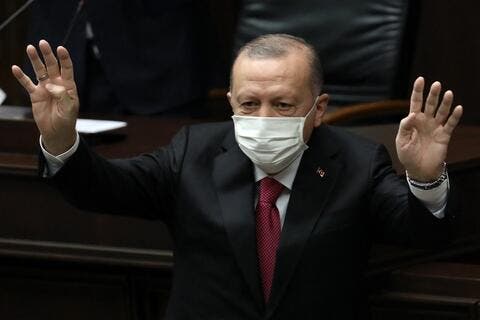 Will Biden, Erdogan Bury The Hatchet in The NATO Meet?

The summit takes place at the 18th century Swiss Villa La Grange along the coast of a Geneva lake near the French border, where Biden is expected to raise several hostile issues with Putin, including a swath of recent cyberattacks originating from Moscow targeting the United States, election interference and the Kremlin's detention of opposition leader Alexei Navalny, among other human rights concerns.

Biden said in April when he announced the summit that he wants "a stable, predictable relationship" with Russia but warned if the Kremlin continues to interfere with U.S. democracy, he'd respond proportionately.

Since the meeting was announced, the White House has stated the Biden administration does not see it as rewarding Putin for his destabilizing actions but a "vital part" of defending the United States' interests and values.

Biden’s refusing a press conference after his meeting with Putin is an admission to the world that he is COGNITIVELY IMPAIRED and is afraid of being revealed.

Do we need more proof?

Psaki explained there is no substitute for face-to-face engagement between leaders, especially for those who have a "complex" relationship, and because of Putin's highly personalized style of decision making it is important that Biden sit down with him "to be clear about where we are, to understand where he is, to try to manage our differences and to identify those areas where we can work in America's interests to make progress."

The meeting is being held at the end of Biden's eight-day trip to Britain, Belgium and Switzerland where he met with politicians, royalty and allies and held meetings with the Group of Seven nations, NATO and the European Union in his push to re-assert U.S. leadership on the world stage and bolster democracy worldwide.

National security adviser Jake Sullivan said last week that Biden will be meeting Putin "with the wind at his back."

On Monday, Biden told reporters in Brussels that he informed the U.S. allies that he plans to tell Putin -- who he has met before and described as "bright," "tough" and "a worthy adversary" -- that he isn't looking for conflict with Russia but the United States and its allies will not fail to defend themselves or stand up for democratic values.

"I'm going to make clear to President Putin that there are areas where we can cooperate, if he chooses," he said. "And if chooses not to cooperate and acts in a way that he has in the past, relative to cybersecurity and some other activities, we will respond -- we will respond in kind."

Asked if he can trust anything that Putin says in the meeting, Biden said it is not about trust.

"I'm hoping that President Putin concludes that there is some interest, in terms of his own interests, in changing the perception that the world has of him, in terms of whether or not he will engage in behavior that's more consistent with what is considered to be appropriate behavior for a head of state," he said.

The summit is expected to last between four and five hours during which there will be "no breaking of bread," a senior administration official told reporters Tuesday aboard Air Force One en route to Geneva, meaning there will be no meal but there will be breaks, coffee, tea and water.

Putin is expected to be the first to arrive at the villa at 1 p.m. local time where he will be greeted by Swiss President Guy Parmelin, the official said, adding Biden will arrive after.

A press conference will be held but Parmelin is expect to be the only one to speak before the three leaders return to the villa with U.S. Secretary of State Antony Blinken and Russian Foreign Minister Sergey Lavrov.

Following the meeting, Putin is expected to hold a press conference followed by Biden.

There will be no joint press conference afterward.

"This is not a contest about who can do better in front of a press conference to try to embarrass each other," Biden explained to reporters on Sunday. "It's about making myself very clear what the conditions are to get a better relationship with Russia." 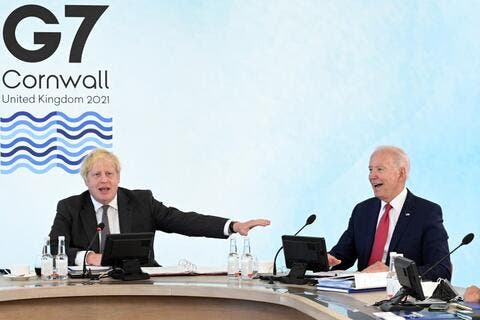 US President Biden and Russian President Vladimir Putin will have their first face-to-face meeting today.

The White House said that it seeks to "restore predictability and stability to the U.S.-Russia relationship."

The senior administration official warned Tuesday to not expect "a big set of deliverables" from the meeting, as its three goals are: to set clear tasks where they can work together, lay down areas where the United States will respond to Russian activities that run counter to U.S. interests and for Biden to explain his "vision for American values and our national priorities."