Blinken: The US Stands For Tunisia’s Democracy, Human Rights

Published July 27th, 2021 - 07:36 GMT
US Secretary of State Antony Blinken boards an aircraft as he departs Washington at Joint Base Andrews, Maryland, on July 26, 2021, to travel to New Delhi, India and Kuwait City, Kuwait. JONATHAN ERNST / X90178 / AFP
Highlights
Blinken added that the US is “closely monitoring” the situation in Tunisia.

Tunisia should maintain the democratic inroads it made following its 2011 revolution, the US revealed amid the unrest in Tunis. 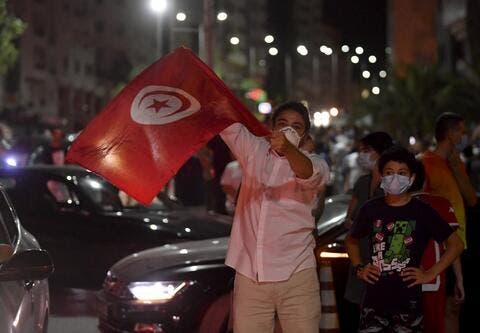 Secretary of State Antony Blinken said the US has been “closely monitoring” the situation in Tunisia, and said the Biden administration has been in contact with Tunisian authorities to “stress that solutions to Tunisia’s political and economic troubles should be based on the Tunisian constitution and the principles of democracy, human rights, and freedom.”

Good phone call with President Kais Saied today to discuss the situation in Tunisia. I expressed my support for Tunisia’s democracy.

“We have been clear in urging all parties to avoid taking any actions that could stifle democratic discourse or lead to violence. We are particularly troubled by reports that media offices have been closed and urge scrupulous respect for freedom of expression and other civil rights,” the top diplomat said in a statement.

“Tunisia must not squander its democratic gains. The United States will continue to stand on the side of Tunisia’s democracy,” he added.

Earlier on Monday, Tunisian President Kais Saied announced that he suspended all the powers of the Tunisian parliament, as well as its deputies’ immunity, dismissed Prime Minister Hisham al-Mashishi, and said he would take over the executive power with a premier he would appoint.

I encouraged President Saied to adhere to the principles of democracy and human rights that are the basis of governance in Tunisia and urged him to maintain open dialogue with all political actors and the Tunisian people. 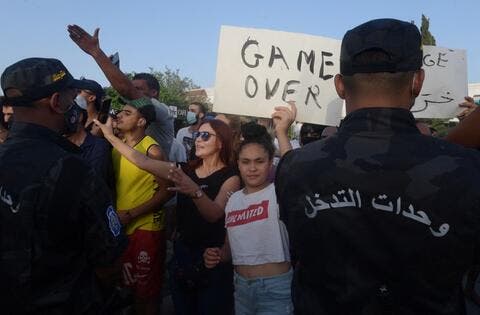 Since January, the country has been in a political deadlock amid a dispute between Saied and Mashishi over a government reshuffle that the former rejected.

The country is also facing an economic crisis and a surge in coronavirus infections amid warnings of a possible collapse of the healthcare system.