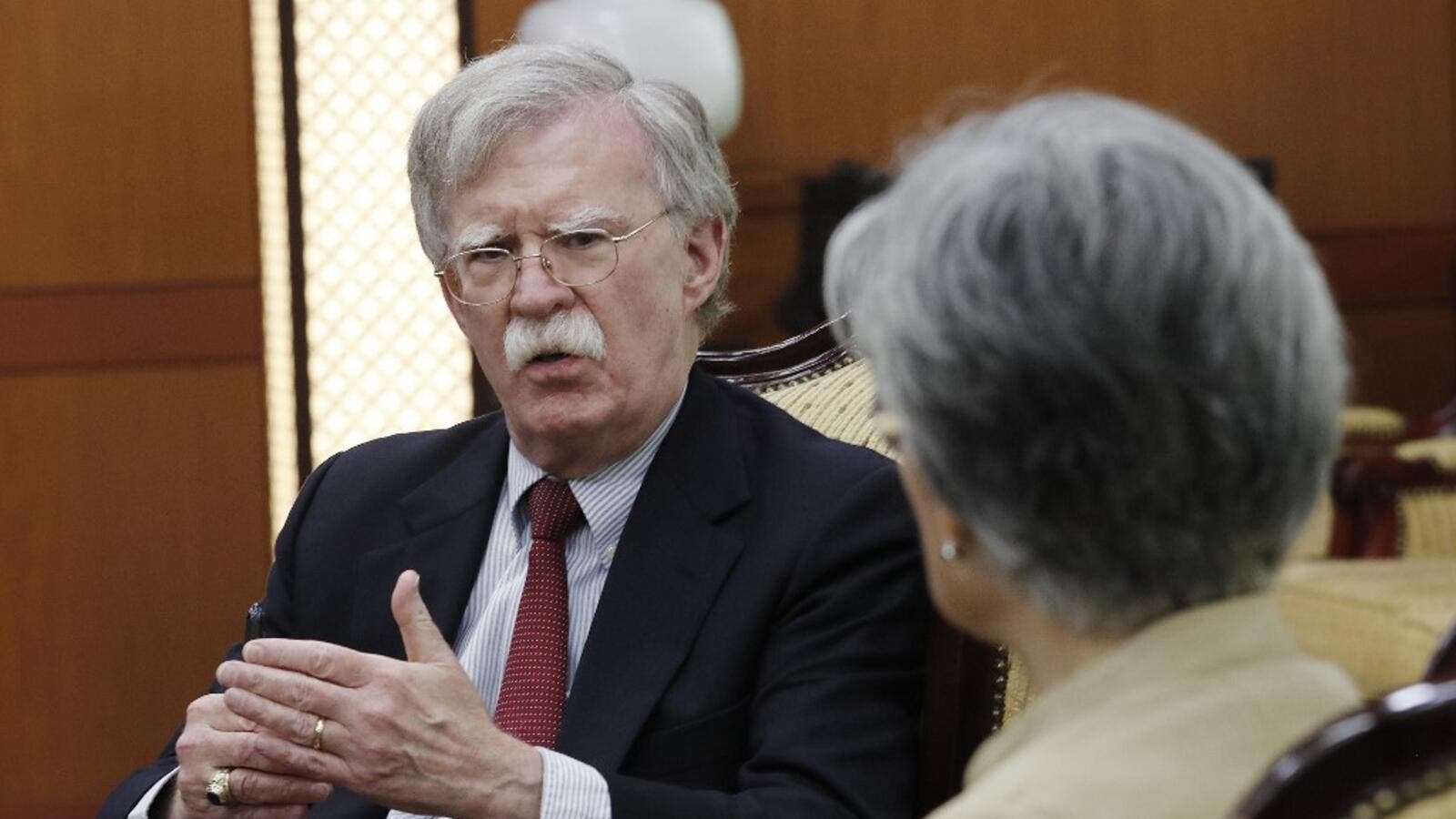 US National Security Advisor John Bolton (L) (AFP)
Highlights
In May 2018, Trump eventually quit the nuclear deal and launched a “zero tolerance” campaign that sought to force Iran into renegotiating the JCPOA through sanctions and economic pressure.

US National Security Adviser John Bolton has confirmed reports that his boss, President Donald Trump, is going to authorize a 90-day extension of sanction waivers against Iran, allowing the UK, France, China, Russia and Germany – the remaining signatories of the 2015 Iran nuclear deal -- to continue their civilian nuclear cooperation with the Islamic Republic.

“I think the idea here is we are watching those nuclear activities very, very closely,” Bolton told Fox Business Network on Wednesday. “So this is a short 90-day extension.”

Even before taking office as US president in 2017, Trump had threatened to pull support for the nuclear deal – known as the Joint Comprehensive Plan of Action (JCPOA) – arguing that despite putting limits on Iran’s nuclear energy program, it did not address Tehran’s ballistic missiles as well as its growing regional influence.

In order to fulfill this objective, Trump first stop certifying Iran’s compliance with the deal despite numerous reports by the International Atomic Energy Agency (IAEA) that claimed otherwise. Then, he started to defy the terms of the agreement, which required Washington to renew waivers for all nuclear-related sanctions.

In May 2018, Trump eventually quit the nuclear deal and launched a “zero tolerance” campaign that sought to force Iran into renegotiating the JCPOA through sanctions and economic pressure.

In early May 2019, US Secretary of State Mike Pompeo extended five of seven sanctions waivers for three months, a significantly shorter period compared to earlier waivers.

The waivers allow other signatories if the JCPOA fulfill their commitments to work at Iran’s Bushehr nuclear plant, the Fordow enrichment facility, the Arak nuclear complex and the Tehran Research Reactor.

Wendy Sherman, the lead US negotiator for the JCPOA who also served as undersecretary of state under former President Barack Obama, said the move against Zarif was connected to the sanctions waivers.

“For a president who says he is ready to talk with Iran without preconditions, sanctioning the foreign minister of Iran clearly undermines that objective and risks dangerous escalation instead,” said Sherman, who is director of the Center for Public Leadership at the Harvard Kennedy School.

“One assumes sanctioning Zarif is the price for those waivers. The internal administration battle of war or diplomacy apparently wages on,” she said.

The Washington Post revealed in a report on Tuesday that Trump had sided with Treasury Secretary Steven Mnuchin to renew the waivers against the objections of Pompeo and Bolton during a White House meeting last week.

Mnuchin reportedly argued that without renewing the waivers, “the United States would have to sanction Russian, Chinese and European firms that are involved in projects inside Iran that were established as part of the 2015 nuclear deal.”

The Treasury Department has apparently asked for more time to consider the possible outcome of such sanctions, the Post claimed.

The Not Very Hidden Features of Online Meeting Services