President Jair Bolsonaro is threatening democratic rule in Brazil, Human Rights Watch said today on International Day of Democracy. He is pursuing campaigns to intimidate the Supreme Court, signaling that he may attempt to cancel the 2022 election or otherwise deny Brazilians the right to elect their leaders, and violating critics’ freedom of expression.

On September 7, 2021, during speeches at rallies in Brasilia and São Paulo, President Bolsonaro attacked the Supreme Court and warned that Brazilians “could not permit” the existing electoral system to remain in place and that there “could not be elections that create doubts among voters,” citing unproven claims of electoral fraud. 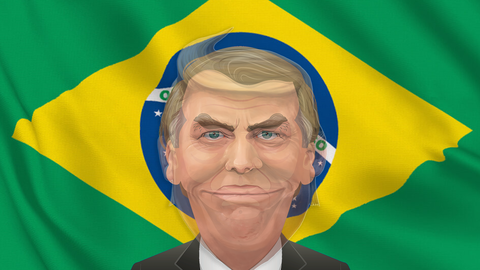 Congress had rejected a bill promoted by Bolsonaro to change electoral processes based on these claims. The recent speeches are part of the president’s pattern of actions and statements that appear designed to undermine fundamental rights, democratic institutions, and the rule of law in Brazil.

“President Bolsonaro, an apologist for Brazil’s abusive military dictatorship, is increasingly hostile to the democratic system of checks and balances,” said José Miguel Vivanco, Americas director at Human Rights Watch. “He is using a mixture of insults and threats to intimidate the Supreme Court, which is overseeing investigations into his conduct, and with his baseless claims of electoral fraud seems to be laying the groundwork to either try to cancel next year’s elections or contest the will of the people if he is not re-elected”

Brazil’s Supreme Court has become a key check on President Bolsonaro’s anti-human rights policies, such as his effort to effectively suspend the country’s access to information law. Instead of respecting the independence of the judicial system, the president has responded with insults and threats, Human Rights Watch said.

On September 7, President Bolsonaro said he would not abide by any decision by Supreme Court Justice Alexandre de Moraes. Justice Moraes oversees federal police investigations into whether the president illegally interfered with internal federal police appointments to further his personal interests, released a secret federal police document for political reasons, and spread false information about the electoral system.

In his speech, President Bolsonaro told Justice Moraes to close those investigations and told the chief justice, Luiz Fux, without explaining, that if he doesn’t punish Justice Moraes, the justice system “can suffer something we don’t want to happen.”

An additional ongoing investigation, authorized by another Supreme Court justice, examines whether President Bolsonaro committed malfeasance in connection with a case of alleged corruption in the purchase of Covid-19 vaccines.

In a written statement on September 9, following widespread national and international criticism of his positions, President Bolsonaro said he never intended to assail other branches of government. But he did not backtrack from his unproven claim that Brazil’s electoral system is unreliable, which he had repeated on September 7.

Previously, President Bolsonaro had claimed, without providing any evidence, that the last two presidential elections were fraudulent, including his own election, in which he claimed he got more votes than the final tally showed. Since 1996, Brazil has used electronic voting machines, which are not connected to the internet. 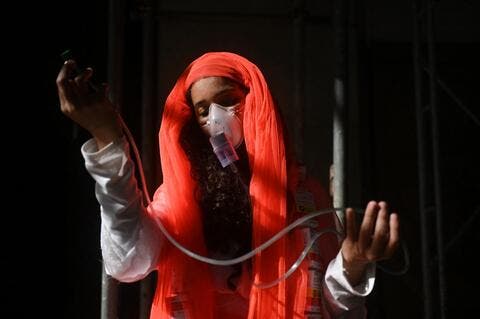 The Superior Electoral Tribunal has said there have been “no traces or proof of electoral fraud” since then. On September 9, the tribunal created a transparency commission made up of public bodies, civil society, and experts to monitor and audit upcoming elections.

On August 4, Supreme Court justice Moraes ordered an investigation into whether President Bolsonaro’s baseless electoral fraud claims constituted an offense, such as falsely accusing someone of committing a crime with electoral purposes or inciting the subversion of political and social order.

The president threatened to respond with actions “not within the bounds of the Constitution.” He also petitioned the Senate to impeach Justice Moraes, the first time such a petition has been made since democracy was restored in Brazil in 1985. The Senate president rejected it.

President Bolsonaro wants voting machines to print a receipt of the vote and automatically place it inside a ballot box. Luís Barroso, the Supreme Court justice who currently serves as the Superior Electoral Tribunal president, said the proposal is “a risky solution to a problem that does not exist” and can open the door to the kind of fraud that occurred when Brazil used paper ballots.

President Bolsonaro has responded by repeatedly insulting Justice Barroso and accusing him of wanting to rig the 2022 presidential election, in which Bolsonaro plans to run for re-election.

In January, President Bolsonaro said that unless the electoral system is changed Brazil would have “a worse problem than in the United States,” where, he said, there was electoral fraud in the 2020 elections, a false allegation. And in July, he warned: “We run the risk of not having elections next year.”

Congress rejected his printout proposal on August 10. Yet, on September 7, President Bolsonaro implied elections cannot be held unless the changes he promotes are carried out. That threat is an affront to Brazilians’ right to elect their leaders, which is protected by international human rights law, Human Rights Watch said.

President Bolsonaro often claims to defend “democracy,” but his statements raise questions about what he means by democracy, Human Rights Watch said. A former army captain, he is a defender of Brazil’s military dictatorship (1964-1985), which was marked by widespread torture and killings. He reinstated commemorations of the coup that inaugurated it, which his government has called “landmark of Brazilian democracy,” and has described a late colonel who directed one of the dictatorship’s torture centers “a national hero.”

In April and May 2020, at a time when President Bolsonaro was attacking the Supreme Court, his supporters held rallies calling for a military regime and the closure of the Supreme Court and Congress.

In addition, President Bolsonaro has violated freedom of speech, which is vital for a healthy democracy. He has blocked critics on the social media accounts he uses to announce and discuss matters of public interest.

His administration has sought prison sentences against at least 16 critics, including journalists, university professors, and politicians. Even though many of those cases have been closed without charges, those government actions send the message that criticizing the president can lead to persecution, Human Rights Watch said.

“And I love the President of Brazil…he works so hard at helping the people!” 🇺🇸🇧🇷 https://t.co/tI1MmENhs1

International law protects the rights to vote and to freedom of expression, and the independence of the judiciary. The International Covenant on Civil and Political Rights (ICCPR), ratified by Brazil, provides that “every citizen shall have the right and opportunity…to vote and be elected at genuine periodic elections…guaranteeing the free expression of the will of the electors.”

The United Nations Human Rights Committee (HRC), the independent expert body that provides authoritative interpretations of the ICCPR has, stated that “genuine periodic elections…are essential to ensure the accountability of representatives for the exercise of the legislative or executive powers vested in them” and added that “elections must be conducted fairly and freely on a periodic basis within a framework of laws guaranteeing the effective exercise of voting rights.”

The ICCPR also protects the right to freedom of expression, including the freedom “to seek, receive and impart information and ideas of all kinds.” And the UN Basic Principles on the Independence of the Judiciary state that the judiciary “shall decide matters before them impartially, on the basis of facts and in accordance with the law, without any restrictions, improper influences, inducements, pressures, threats or interferences, direct or indirect, from any quarter or for any reason.”

“President Bolsonaro’s threats to cancel elections and take illegal measures in response to investigations against him are reckless and dangerous,” Vivanco said. “The international community should send a clear-cut message to the Bolsonaro administration that judicial independence means that courts are not subject to the president’s orders.”