Only a few months after claims made by former US President Donald J. Trump about a "fraud voting system" in the US caused a national crisis as thousands of his supporters stormed the Capitol in Washington, DC, fears are mounting that a similar scene could happen at any moment in Brazil, after its president has made a similar argument. 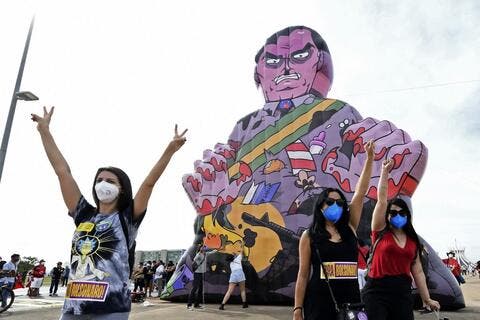 Thousands of supporters of @jairbolsonaro took to the streets of Brazil for Independence Day protests as he stepped up his attacks on Supreme Court. Bolsonaro called Brazil's electoral process a 'farce'.@SaroyaHem gets you more details pic.twitter.com/18kKCVaRe1

It seems that parallels drawn between Donald Trump and the president of Brazil Jair Bolsonaro can still be made even after Trump's term in office has ended last January. For months now, the far-right wing leader in Brazil has repeatedly attacked the country's constitution, deeming it as anti-liberal, citing its limitations on the president's powers.

Moreover, Bolsonaro has had a strong reaction against the Brazilian Supreme Court ever since it decided to allow a probe investigating his claims of fraud that is plaguing the country's voting system.

These developments come at a time Brazil prepares for the 2022 elections, which Bolsonaro fears losing.

Bolsonaro has been leading a Trump-style assault on democracy in Brazil, making unfounded claims of voter fraud and trying to discredit the country’s electronic voting system. It’s basically the Brazilian version of Stop The Steal.https://t.co/XFjzV4o0UF

Political commentators who have seen similarities between Jair Bolsonaro and his idol, Donald Trump, have been predicting a hard-to-win election for the Brazilian leader in 2022, especially with the declining popularity of the right-wing, driven by Trump's loss of the 2020 elections.

Bolsonaro's popularity has also been greatly affected by his government's response to the COVID-19 pandemic, which has been described as "a disaster," as the virus took the lives of near 600,000 people so far. 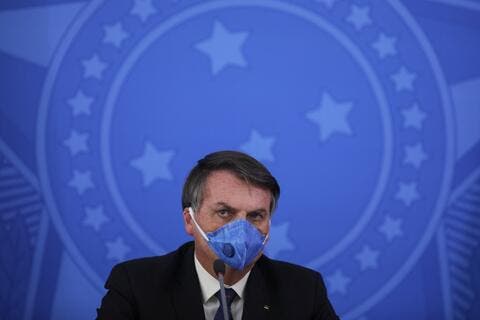 Why Did Facebook Pull The Plug On The Brazilian President?
— Christopher Bouzy (@cbouzy) September 7, 2021

Thank you, @jairbolsonaro , for your support in Brazil's fight for free speech and justice #GETTR pic.twitter.com/oryq1GiWhC

However, the Brazilian right-wing figure has been calling on his supporters to rally in the streets on Independence Day, September 7th, to call on constitutional reforms and warning that the voting system "will not be fair to him" in October 2022.

Consequently, thousands of Brazilians have been taking to the streets in several cities across the country, amid fears that their marches could turn violent and target government buildings if Bolsonaro continues to "incite his followers against the system" or "stages a coup against the constitution," similar to the 2021 Capitol insurrection in the US, which led to 5 deaths.

The Battle For Daraa