Breaking: Gunman Shoots 12 Students Dead Then Kills Himself in U.S. 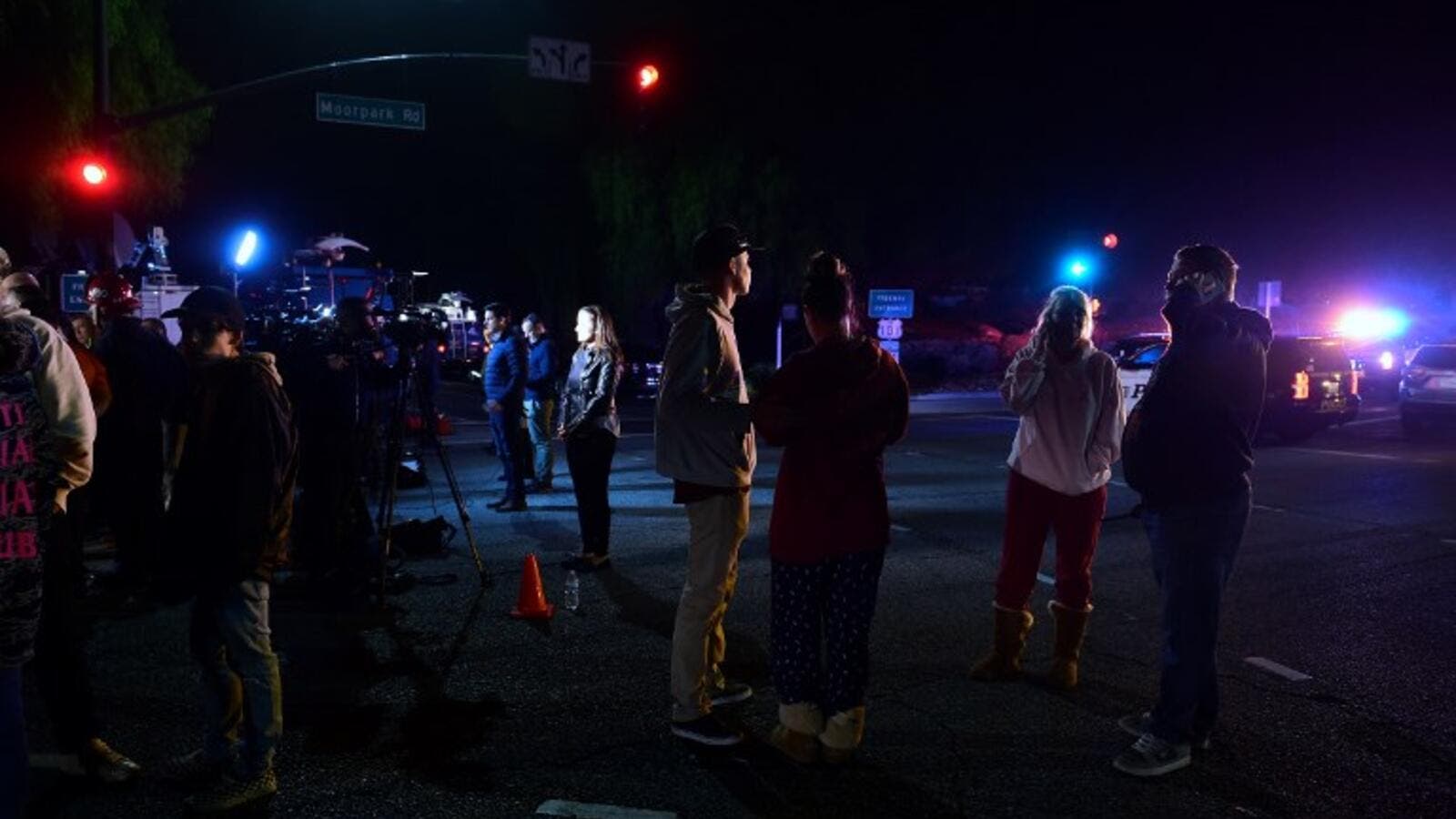 A gunman has opened fire at a country music bar during a student night in the city of Thousand Oaks, California, killing 12 people and injuring several before turning the gun on himself.

The shooter stormed the Borderline Bar and Grill wearing a black trenchcoat armed with a pistol equipped with an extended magazine and smoke grenades and began targeting people as young as 18.

Ron Helus - a Ventura County sheriff sergeant - was among the deceased. The 'hardworking' officer, who was due to retire this year, had 29 years of experience in the force and leaves behind a wife and son.

An additional '10 to 15' victims were injured during the mass shooting, including a doorman, a young female cashier and college students.

The perpetrator, dressed in all-black, wearing a baseball cap, sunglasses and a mask covering the bottom part of his face, walked up to the entrance at 11.20pm and shot the doorman before making his way into the venue.

He then opened fire on a young female cashier before throwing smoke grenades onto the dancefloor and letting off rounds into the crowd.

First responders from the Ventura County Sheriff's Office and Highway Patrol arrived at 11.23pm and got into a gunfight with the suspect, during which a deputy sheriff was shot and later died from his injuries.

Several minutes later a SWAT team arrived and found 11 victims dead inside. The suspect was also found lifeless after apparently turning the gun on himself.

Officials said the attack was planned and reports of use of smoke grenades were 'credible'.

There were 'at least 200 people' inside the bar tonight when the gunman opened fire, police said, and the number of casualties is 'very likely' to go up.

One witness told ABC7: 'I was at the front door talking to my stepdad. I heard these big pops.

'There were three or four and I hit the ground. The security guard was dead and the man had a handgun.

'He threw in smoke bombs and he kept firing. People threw chairs out of the windows to try to get away.

'The gunman had glasses and a black jacket. He had a big hand gun.'

Another witness said: 'This maniac came in. Threw in smoke to confuse people and opened fire on the dancefloor. He's taken many young lives'.

A Ventura County Sheriff's Office official said approximately 30 shots had been fired inside the building.

Witnesses reported a horrifying scene as gunfire echoed through the club and those inside ran for cover, in some cases breaking windows with chairs and other pieces of furniture to get out of the building.

People were hiding from the shooter in bathrooms and attic spaces, while others who managed to escape fled to nearby gas stations for medical help.

Local hospitals have been inundated with victims who've transported themselves to emergency rooms with injuries seeking medical help.

One witness, who was at the bar with his step-son, described the sequence of events. He said: 'He shot the front doorman, who was just a young man.

'Then he shot the cashier, just a young girl. Then he started moving to the right. He wasn't looking at us.

'Then he went into the office, where all the cash and stuff is. He didn't say anything at all. He just started shooting.'

It's thought that a man opened fire at the bar with a semi-automatic gun at about 11.20pm and was still 'a threat' inside the bar an hour later.

A SWAT team were pictured surrounding the venue in their formations, while the FBI's Joint Terrorism Task Force and bomb squad were also called to the scene.

K-9 units have been scouring the car park looking for the shooter's vehicle.