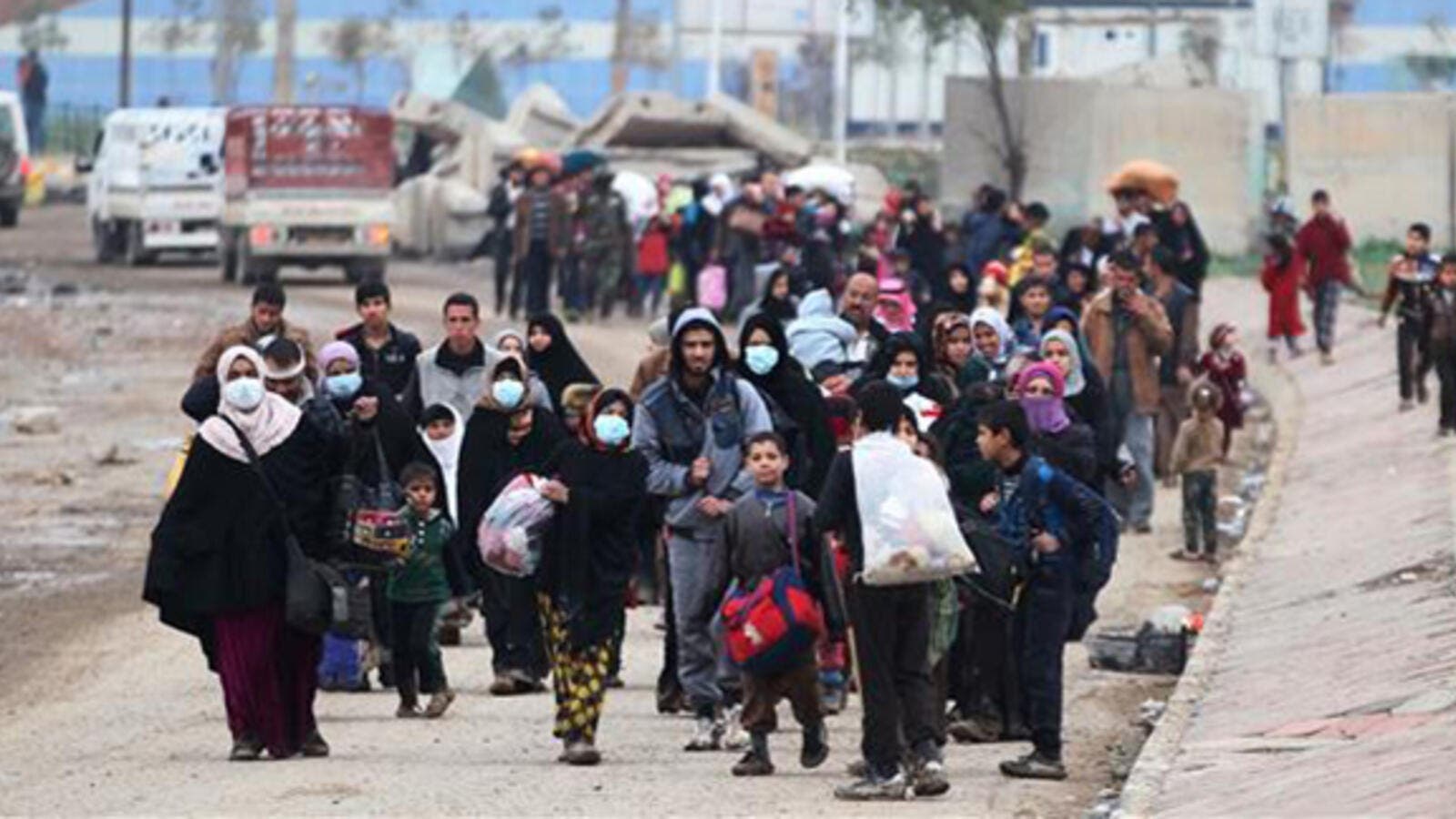 This image shows displaced residents of western Mosul fleeing their neighborhood on March 15, 2017, as Iraqi forces continue to advance in the embattled city against Daesh occupiers. (AFP)

UN Humanitarian Coordinator in Iraq Lise Grande has warned the UN would not have enough resources to confront a mass exodus from west Mosul as tens of thousands of civilians are fleeing the city where Iraqi forces are fighting Daesh "ISIS" militants.

“The number of people is higher than expected,” Grande told journalists in New York via videoconference from Iraq. “If the pace accelerates further, it’s going to stretch us to the breaking point.”

So far, more than 152,000 people have fled their homes in west Mosul, 98,000 of them taking refuge in camps near the city where they receive medical treatment, food and foam mattresses, Iraq’s Ministry of Migration and Displacement said in a statement.

Grande said the UN was concerned for the 600,000 people still trapped inside the city, forced to choose between staying amid ongoing fighting or risking being targeted by jihadists if they decided to flee.

The pace of exodus from West Mosul has been increasing as Iraqi forces penetrate the city.

Reuters reported on Friday that from a distance, the exhausted Iraqis fleeing parts of Mosul controlled by ISIS appeared to be pushing their worldly possessions on handcarts.

By the time they reached Reuters journalists it was clear that their cargo was far more precious, and more tragic.

Other families trekking down the road towards buses sent to take civilians to camps used similar carts to transport elderly relatives.

The Reach Initiative, a group that collects data on humanitarian crises, said the situation in west Mosul was “severe to extremely severe.”

“In areas still under (ISIS control), there is no access to markets and people are surviving on depleting food and water stocks, without access to electricity, fuel and healthcare,” it said.