Burundi's Nkurunziza Is the Despot You Haven’t Heard Of 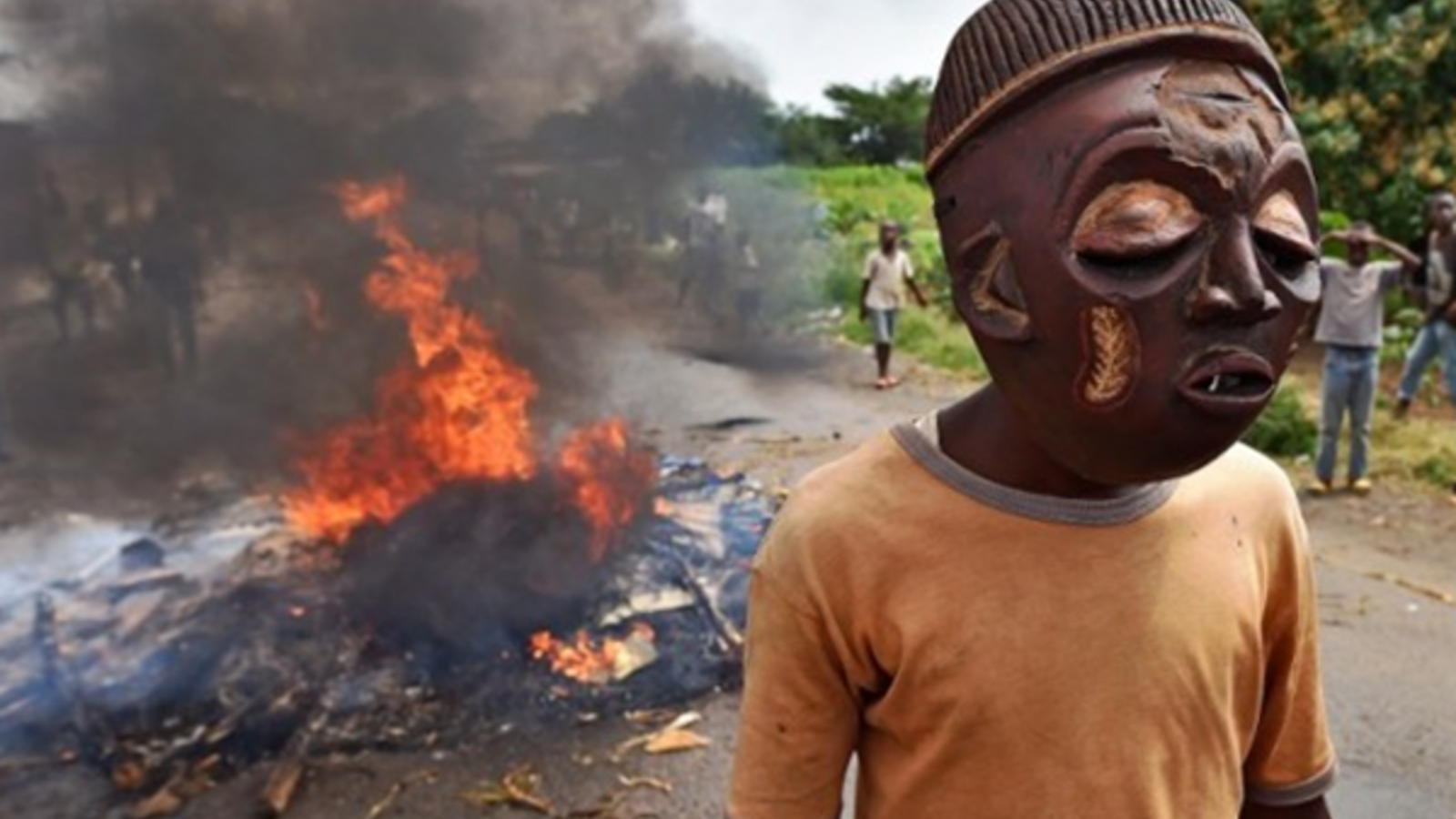 When a controversial strongman seeks to solidify his power over a nation, he is typically met with widespread protests, international condemnations and calls to resign.

In Burundi however, President Pierre Nkurunziza is moving to formally legalize his reign until 2034, and is doing so with virtually no resistance.

On March 18, Nkurunziza signed a decree announcing that a referendum will be held to validate his claim to the presidency for the foreseeable future. The referendum is set to take place on May 17 and will likely change the constitution to remove previous limits on the total terms a president may serve in office.

The only signs of protest so far are a few arrests and reports that even more are leaving Burundi.

In a time where global citizenship and borderless concern for vulnerable populations are cherished, Burundi’s people suffer in relative silence.

Its political repression has been so effective that most dissidents no longer live in the country. Inside, journalists and activists fear speaking out against the Nkurunziza regime. Hundreds of thousands of fled the country into cramped and squalid refugee camps in neighboring countries, where there are outbreaks of cholera and malaria.

As Nkurunziza seeks to entrench his power holdings, thousands more are likely to flee, worsening an already desperate humanitarian situation both in and around Burundi.

Much of this however, will likely not be reported on extensively by most major media outlets, meaning his power grabs will go unnoticed by much of the world.

Burundi is a small, landlocked country is central Africa. Its population of around 11 million live densely together in impoverished conditions.

About 65 percent of its people live below the poverty line, while 60 percent are reported to be chronically malnourished. It is also ethnically divided between Hutus and Tutsis, two groups that have enmity towards each other. Burundi was the site of multiple genocides between the Hutus and Tutsis in the 1970s and early 1990s, which killed about 300,000 Burundian people.

Although tensions have since subsided, the country is still at risk of ethnic violence. “Genocide Watch still considers Burundi a country at high risk for genocide,” Gregory Stanton, an expert of genocide and founder of Genocide Watch, told Al Bawaba.

In 2005, Nkurunziza took power and was re-elected in 2010 to a second term amidst an opposition boycott. When he announced in 2015 that he would pursue another term in office in spite of the constitution limiting presidents from serving more than two terms, massive protests and violence broke out.

Over 1,200 Burundians were killed and 400,000 fled, mostly to Tanzania. The military also tried and failed to overthrow Nkurunziza in 2015. By a combination of government-led repression and a massive exodus of dissidents, Nkurunziza was left with little formidable opposition in Burundi to challenge his power.

Even though Burundi’s population growth is accelerating, its economic prospects are dim. Real GDP declined 1.6 percent in 2016 and 1.3 percent in 2017. The African Development Bank Group expects the downfall to continue in 2018. Burundi is already one of the poorest nations on Earth.

Because of the violence and instability in the country, a 2018 World Happiness Report found Burundi to be the least happy place on Earth.

Where Is Nkurunziza’s Opposition?

Inside Burundi, opposition to Nkurunziza is few and far between. Most have fled into exile. Journalists and activists still inside the country have also been effectively muzzled by the government.

Only a few opposition leaders have chosen not to leave Burundi. One of the most prominent opposition politicians is Agathon Rwasa, who leads the National Forces of Liberation (FNL), a pro-Hutu political party. The NLF have a marred history of violence against civilians when they were an armed rebel group.

They were involved in several massacres of refugees, meaning their potential rise against Nkurunziza would not necessarily mean a better, more transparent and democratic government.

“Burundi coverage has become difficult since the May 2015, aborted coup,” an anonymous Burundian journalist from inside the country told Al Bawaba. The journalists' identity has been withheld for his/her safety.

The journalist detailed a feedback loop of government-led sponsorship leading to self-censorship that prevents grievances from being articulated.

A demonstrator is detained in  Bujumbura (AFP/FILE)

“Locally, we have limited access to the ground. The youth [wing] of the ruling party blocks any contact with local citizens for report[ing]. Most of the leaders don't give information fearing to be fired from their position.”

Additionally, foreign reporters have extremely limited access to covering Burundi from inside the country: “the government banned foreign reporters [from entering] Burundi and stopped issuing visas to journalists.”

This leaves killings, disappearances, corruption, and the humanitarian crisis to continue on unabated and under-reported. Politically too, no one is able to challenge Nkurunziza‘s hold on power: “there is no political or armed opposition in Burundi.”

This assessment is shared by experts. “The climate of fear and suppression is such that I wouldn’t foresee large-scale public protests, like we saw in 2015,” said Alex Fielding, a security analyst for Africa, in an interview.

“[Nkurunziza] has so changed the security dynamic since then and he has so pushed down the opposition and cracked down in a very violent way, that it would be more guerrilla violence, grenade attacks and attacks on other regime figures, rather than a large-scale public uprising that we have seen in the past.”

“The level of the control of the ruling party on all sectors of society seems to be such that we can speak about total control of the state by the ruling party,” Florent Geel, a director for the International Federation of Human Rights, told RFI. “I think it will be just a formality for the President Nkurunziza to organise this referendum and change the constitution.”

Where is the Press Coverage on Burundi?

A burned out car lies in front of the main independent radio station in Burundi, African Public Radio in Bujumbura, was attacked by supporters of  Nkurunziza (AFP/FILE)

One of the biggest reasons for the lack of coverage on Burundi’s descent into chaos and authoritarianism is censorship that leaves journalists unable to document the process and officials fearful of speaking out.

But other authoritarian regimes have been the object of extensive coverage in the past: censorship doesn’t always hold back the press. In the mid-2000s, the ongoing genocide in Darfur by Sudanese government forces and a militia known as the Janjaweed received global attention.

Celebrities and governments treated the genocide as a cause celebre despite tight controls on the press by the Sudanese regime. However, as the world moved on, international pressure eased on the government and local journalists found themselves alone again in trying to document the violence and desperation inside their country.

Burundi has never received the kind international attention despite multiple genocides and ongoing political violence. One journalist who periodically covers Burundi speculated that because Burundi is not strategically located, has nothing to do with the global war on terror that has captured news cycles since 9/11, and has no major resources, its politics have been relegated to a periphery issue.

This follows a larger pattern of African countries’ violence and instability receiving only passive attention from major media outlets despite outbreaks of violence, genocide and tyrannical leaders cementing their power. CARE, a major relief agency,released a report on the most under-covered crises in the world: seven of the ten crises highlighted are in Africa.

Regional outlets report on Nkurunziza, but often do so with limited depth and locally focused readership: stories rarely get circulated outside of African circles or news organizations.

Out of Sight, Out of Mind: The Price of Silence

As long as there is no opposition for Nkurunziza’s power-grab, there is no reason for him to slow down efforts to centralize power around himself.

But the lack of coverage and dissidence also exacerbates a gap in knowledge for much of the world on Burundi and the humanitarian situation therein. In the collective consciousness of the more developed world, if there are no stories about Burundi, there is no crisis.

And if there is no crisis, there is no reason to be concerned about the country or its millions of impoverished residents who are losing their ability to seek a better future.

Nkurunziza’s continued grip on power in Burundi serves as a point to illustrate the limits of global concern and empathy. Burundi appears just outside the limits of such concern for human rights deprivation.

Meanwhile, Nkurunziza has been so effective in suppressing opposition that his continued moves to dismantle what was left of a democratic state in Burundi are now happening more easily than ever.

“Nkurunziza is about to end his third mandate and no one is able to stand in front of him and reject it,” a journalist on the ground told Al Bawaba.

“Those who attempted fled or were killed.”