Published September 15th, 2021 - 10:27 GMT
Chinese dissidents Chen Guangcheng (2nd R) and Wei Jingsheng (R) share a moment during a rally to commemorate the 30th anniversary of the Tiananmen Square massacre June 4, 2019 at the West Lawn of the U.S. Capitol in Washington, DC. Alex Wong/Getty Images/AFP
Highlights
He claims he took his concerns to senior figures in the US gov but was ignored

A Chinese defector stated that he attempted to warn top officials in the Trump Administration about a deadly new virus in Wuhan 5 months before the World Health Organisation named Covid-19 a pandemic. 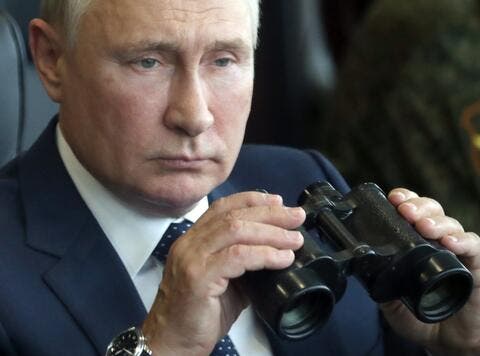 Wei Jingsheng revealed in a shocking new documentary that he took his concerns about the unfolding situation to senior figures within the Trump administration but was subsequently ignored.

China’s most famous defector to US warned of COVID-19 in 2019. D.Asher, the State Department official who spearheaded a task force into the origins of #COVID-19, said the opportunity presented by Wei’s warning was like “stopping 9/11 before it happened”.https://t.co/PIydhRS8rM

The long-time democracy campaigner, who has served time in prison for 'counter-revolutionary activities', said he made the approach in November 2019, as whispers of a 'new SARS virus' began circulating on WeChat and other Chinese social media platforms.

'I felt they were not as concerned as I was, so I tried my best to provide more detail and information,' he tells Sky News in the documentary, What Really Happened in Wuhan.

'They may not believe that a government of a country would do something like that (cover up a virus), so I kept repeating myself in an effort … to persuade them.'

Xi Jinping's authoritarian regime tried desperately to shut down whistle-blowers and silence any discussion of the virus in the early stages of the Wuhan outbreak - even when an untold number of corpses started flooding the city's hospitals.

Any references made in social media about a new SARS virus or 'outbreak' were censored and brave medical staff who tried to speak out and warn the world were detained and forced to sign false confessions of panic-stirring.

Mr Jingsheng who was exiled to the US years earlier said he was aware of what was happening through Beijing Communist Party insiders who shared their fears about the situation and described the central government cover-up.

But despite the impending health crisis set to devastate the US and the rest of the globe, his message was not being taken seriously, he claims.

The Chinese dissident would not disclose which political leaders he spoke to but insisted they were senior government figures and had the ear of then-President Donald Trump.

'I'm not sure if this politician wants me to talk about him right here,' he said.

'But I want to say he is a high enough politician, high enough to be able to reach the President of the United States.'

As coronavirus cases continued to ravage Chinese, the authoritarian state kept the outbreak hidden from the WHO until December 31, when it was no longer possible to contain knowledge of its existence.

But even then, Beijing denied the virus could be transmitted from person to person until eventually coming clean a month at the end of January.

The WHO labelled the mysterious outbreak a Public Health Emergency of International Concern on 30 January 2020, as infections started sweeping across other nations including the US earlier that same month.

The hypothesis that the virus was accidentally leaked from the lab was largely disregarded by scientists in the early stages of the coronavirus outbreakWashington, China: Once again China is slammed by US Secretary of S... Full story: https://t.co/NcuRXki7et

The virus officially got its designation Covid-19 on February 11, 2020, before finally being declared a pandemic a month later by the WHO on March 11. 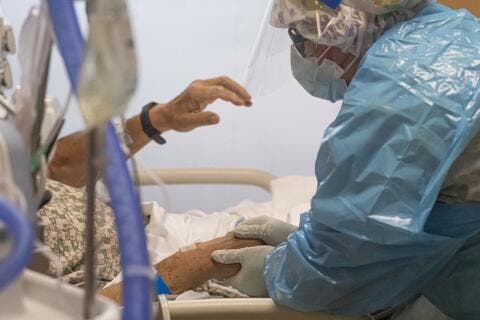 There have so far been 226 million cases resulting in over 4.6 million deaths.

More than 628,000 of those fatalities occurred in the US.