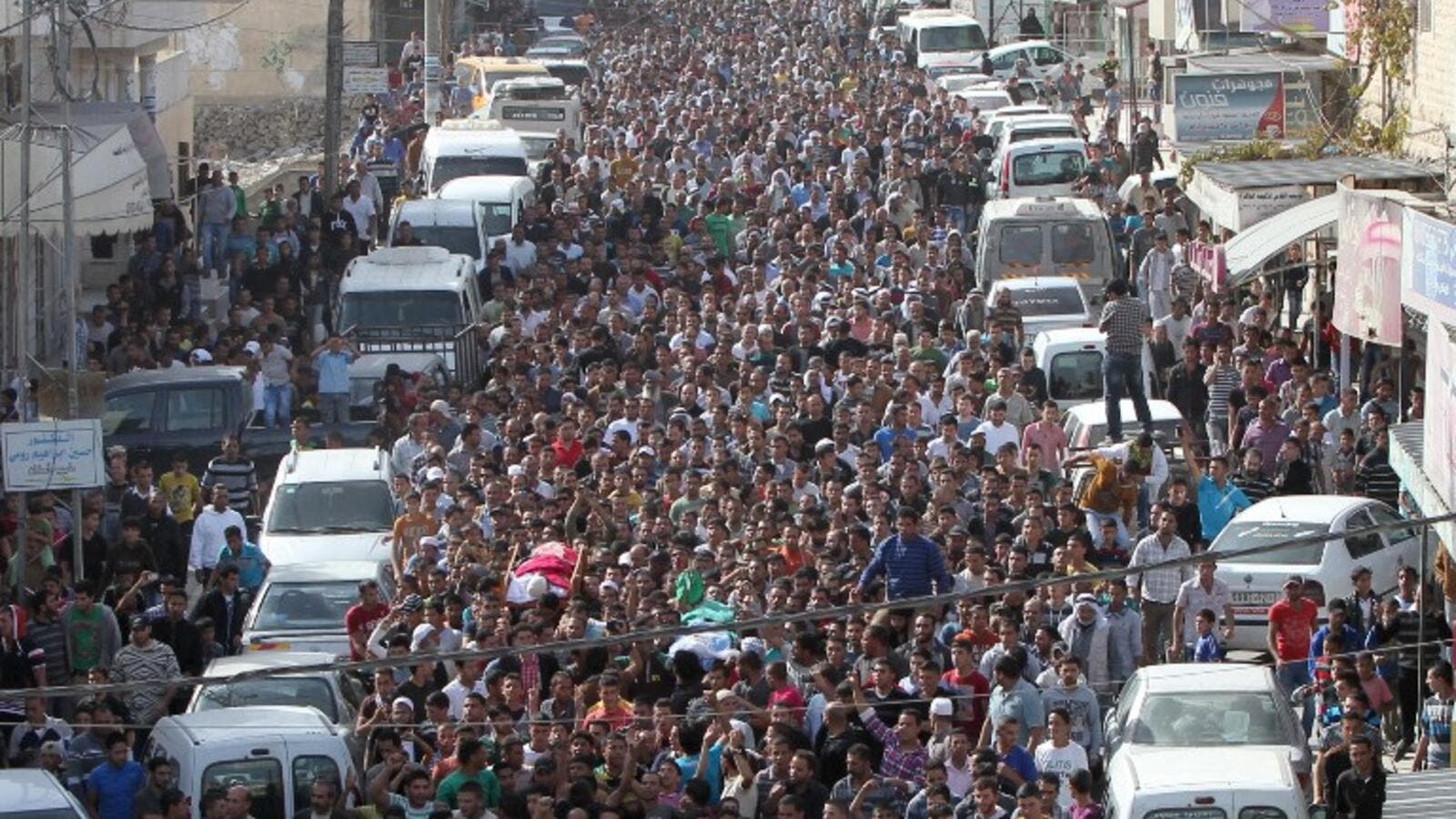 Mourners carry the bodies of Palestinian militants Khaled al-Najjar and Mussa Fanasheh during their funeral procession on November 27, 2013 in the West Bank village of Yatta, near Hebron. [AFP/Hazem Bader]

Clashes broke out across the Hebron district on Wednesday as thousands of mourners gathered to take part in funeral processions for three Palestinians shot dead by Israeli forces a day earlier.

A teacher at the al-Zahra school told Ma'an that Israeli forces fired tear gas directly onto school grounds, with Palestinian medics treating the young children at the scene.

Muhammad Awad, spokesman of Beit Ummar's local committee against settlements and the separation wall, was hurt by a tear-gas canister which hit him directly in the chest.

He was evacuated to a medical complex in the town for treatment. Medics said he was in moderate condition.