Is Clinton The 'Best Option' to Win The 2024 US Elections?

Hillary Clinton may be the 'best option' to lead Democrats -- and likely face down Donald Trump -- in 2024, two Democrat operatives said on Tuesday. 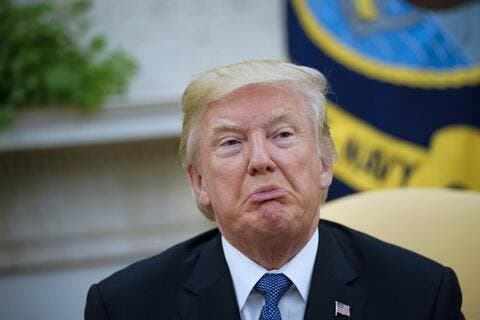 Trump Back in Action: 'Very Serious' About 2024 Presidential Run

Just a year into Joe Biden's presidency, his and Kamala Harris' low popularity and back-to-back domestic and foreign crises has Democrats searching for a viable presidential candidate.

That could set the stage for the former Secretary of State's political comeback, Douglas E. Schoen and Andrew Stein predict in a piece for the Wall Street Journal.

For 2024, there's a proven Democratic vote winner who is younger than both Hillary Clinton and Joe Biden (not to mention Donald Trump) and is tanned, ready and rested pic.twitter.com/G1GDPN6g1x

It all depends on how Democrats perform in this year's midterm elections, they write.

There are also mounting questions over Biden will decide to run again, given he will be 86 at the end of his second term if he wins.

Clinton already has an edge in being younger than the sitting president, but not by much -- she would be 77 years old if she won in November 2024 and took office the following January. Biden won at the same age and was 78 when he was sworn in.

Trump, roughly a year and a half older than Clinton, would be in a similar boat.

'Given the likelihood that Democrats will lose control of Congress in 2022, we can anticipate that Mrs. Clinton will begin shortly after the midterms to position herself as an experienced candidate capable of leading Democrats on a new and more successful path,' the experts claim.

Clinton's deep roots in Washington, DC as a First Lady, then US Senator, then Secretary of State alienated her to voters who craved an 'outsider' to shake up the swamp in 2016, part of the reason for her stunning loss to Trump.

But her vast experience could be useful for Democrats seeking a 'different approach.'

It's typically unusual for political operatives to start seeking potential candidates for the next election, especially so far out of the administration, when a member of their own party controls the White House already. It is also rare for an incumbent president to face a serious primary challenge.

But if Biden clinched another term in the White House he would be 81 years old when he was sworn in, a record for the oldest person to take office.

Doubts over his fitness for office at an advanced age coupled with approval ratings that have been in the low 40s since October have served to dim his chances.

Harris has not fared much better. Despite being set up as Biden's heir apparent during the 2020 campaign, the trailblazing vice president has struggled in the polls and faced criticism on numerous fronts, including her relative inaction on the southwest border after being named the president's point-person on the crisis.

But Clinton may have to overcome questions about her own fitness for office. In 2016 she abruptly left a September 11th memorial service due to feeling 'overheated,' raising immediate health concerns. She was diagnosed with pneumonia a short while later.

Those devastating factors could lead to a 'power vacuum' for Clinton to step into, the op-ed claims.

Democrats' unpopularity as the majority party in Washington puts them on track to lose the midterms, according to multiple projections.

Clinton, whose husband former President Bill Clinton was the Democrat governor of deep-red Arkansas, urged her party in a recent interview to think 'about what wins elections, and not just in deep-blue districts where a Democrat and a liberal Democrat, or so-called progressive Democrat, is going to win.'

Being younger than Biden already gives her an edge, but Clinton 'can use the party’s loss as a basis to run for president again, enabling her to claim the title of “change candidate",' the left-wing experts write.

A spate of recent news media interviews have already signaled Clinton has her thoughts, if not her eyes, on future elections.

The Democrats behind Tuesday's op-ed pointed to a recent MSNBC interview in which the describe the 2016 hopeful as taking a 'jab' at the Biden administration in an apparent effort to distance herself from the unpopular leaders in power now.

'It means nothing if we don’t have a Congress that will get things done, and we don’t have a White House that we can count on to be sane and sober and stable and productive,' Clinton had said.

She's also predicted a comeback from her old Republican nemesis, who she beat in the 2016 popular vote but lost to in the Electoral College.

'If I were a betting person right now, I'd say Trump is gonna run again. I mean, he seems to be setting himself up to do that and if he's not held accountable, then he gets to do it again,' Clinton said on NBC's Sunday TODAY in December.

She also said a second Trump victory could spell the 'end of our Democracy' and the 2024 election would be a 'make-or-break point,' foreshadowing a potential rematch.

Also that month Clinton revealed the speech she would have given at her presidential inauguration, had she beaten Trump to become the first woman elected commander-in-chief.

Clips of an emotional Clinton reading the speech were shown on NBC's Today Show as a promotion for her MasterClass video lecture.

She is also better positioned than Biden to take on the bombastic former president, despite beating him in 2020, according to recent polls.

An average of polls aggregated by Real Clear Politics shows Biden trailing Trump by 4.8 percent in a hypothetical race.

The late 2021 surveys indicate about 46 percent of voters would choose Trump compared to just 41.2 percent of Americans who would vote for Biden.

And a poll released on Tuesday by Rasmussen shows a similar outcome plaguing Biden in the new year.

According to a survey taken January 5, a hypothetical rematch between Biden and Trump would see the president with 40 percent support, while Trump remains at 46.

Schoen and Stein are not the only pundits who see a Clinton comeback in the near future. 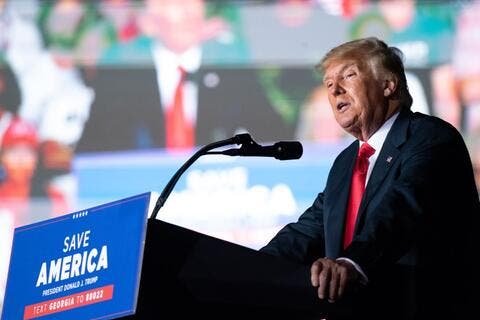 Joe Concha, a right-wing columnist for The Hill, wrote last month: 'Hillary Clinton always seemed to believe the mantle of "First Female President" was her birthright.'

'And given how pathetic the field is on the Democratic side with or without Joe Biden, she may just get a second chance at winning the office her husband so famously made infamous.'

Jason Momoa and Lisa Bonet Split After 16 Years of Romance