Why was UK Prime Minister Boris Johnson so optimistic in response to the failure of the British-led COP26 to deliver real agreements to reach no more than 1.5C of global temperature rise? By looking at Johnson's speeches that bookended COP proceedings in Glasgow, the question arises as to whether Johnson believes he has time (or God) on his side. 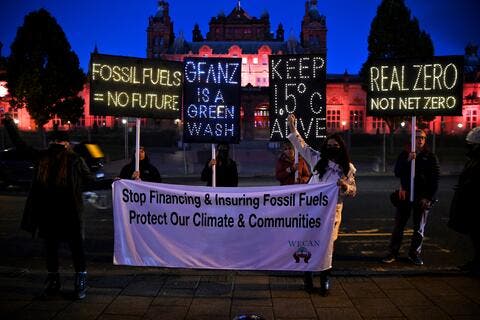 To ask this I've decided to assume that the prime minister is not being completely cynical in either speech and that he might believe the words he says, though I understand that many will have issues with this assumption.

Nevertheless, failures during the COP26 negotiations uncover a central fault at the heart of rhetoric concerning time in centrist and right-wing political thought in the Anglophone world; one that rests between an idealised past, a present which requires the perpetuation of extreme capitalist structures, and a future which will be, inevitably, glorious.

This requires a specific historical consciousness, particularly when faced by the environmental catastrophe that will disrupt billions of lives over the next few decades.

I don’t want to sound like an alarmist. There are plenty of reasons for us to be optimistics about (emerging) renewable technologies. What I’m arguing against is the blind optimism, something of a grammatical habit, that structures every speech by politicians and elite business people. This is not an original observation.

The website Climate Tracker recently published an article which noted the paradox at the heart of climate expertise: those who have accumulated the most amount of knowledge on an industry are least able to imagine that industry disrupted. “As you bask in the glory of a sunset, so you miss the sunrise; and, by extension, so do all those that trust in your analysis,” the authors wrote.

As Climate Tracker and others have pointed out, the technology for a green transition is already available and is becoming cheaper every day. That’s something for us all to rejoice in. The problem is that all of our causes for pessimism stem from politicians and business people dragging their heels.

But the people who most rely on optimism as a rhetorical tic are the same people who are a cause for the rest of the world’s pessimism. In other words, if they and their phony optimism found new jobs, we could all get on with being genuinely optimistic.

In his opening speech to COP delegates on 1 November, Boris Johnson deployed a very particular, but nonetheless widespread, conception of time and so-called progress. “We are in roughly the same position… as James Bond,” Johnson told world leaders, alluding to Bond’s many near-death experiences which serve as the crescendo of each film in the franchise.

“Except that the tragedy is that this is not a movie, and the doomsday device is real and the clock is ticking to the furious rhythm of hundreds of billions of pistons and turbines and furnaces and engines.” The implication is that, although it may seem like we’re nearing the end of the world, there is always a moment, all the better for being last-minute, when the world is saved.

None of this is new, of course, and nor is it confined to Johnson’s conservative politics. Compare, for example, Barack Obama’s continued appeal to a vision of a future that bends towards justice and his belief that the U.S. will succeed because it is on “the right side of history,” a phrase he’d used at least 15 times by 2015.

Obama, Johnson, and others stem from a specific historiographical tradition which assumes time itself will be the arbitrator of moral judgement. This can be traced back to the Greek historian Thucydides who provided the notion that time, rather than God, vindicated virtuous acts. An idea that reached ascendancy in the mid-eighteenth century.

Some of the optimism in political speeches is understandable. Mainstream politics, particularly during big events like COP26, is geared towards frequent advertisements of “successes'' by politicians. These short-term public relations checkpoints, usually performed at press conferences in front of upbeat slogans and logos, naturally favour good news over acknowledgements of mistakes, delays, and failures.

In political terms, this can be used to justify a host of otherwise morally repugnant acts if one believes it is for an eventual good. For example, it becomes acceptable to imprison people in Guantanamo Bay for nearly two decades if the cause itself is morally correct. This logic will also allow for any short-term delay in climate action to be passable as good will eventually triumph.

Like James Bond in Johnson’s opening COP speech, these particular conceptions of time and progress have imperial origins. In her book Time’s Monster: History, Conscience and the British Empire, Priya Satia shows how a particular imperial historical consciousness justifies actions that contradict stated ethical standards: …”certain intellectual resources, especially a certain kind of historical sensibility, allowed and continue to allow many people to avoid perceiving their ethically inconsistent actions - their hypocrisy - in the modern period. Culture, in the form of particular imaginaries of time and change, shaped the practical unfolding of empire.” 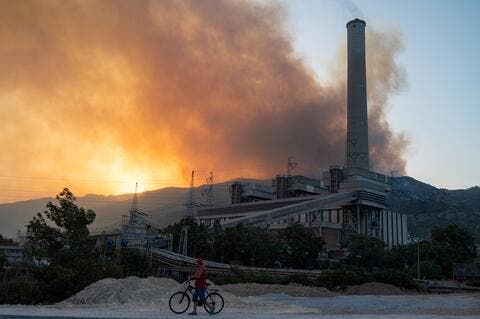 RCP8.5: The Scientific Debate Over the Future of the Planet

This was partly enacted through a population concerned with ethical standards - famously in the retort, still echoed today, that British imperialism was a “civilizing mission” - whilst capable of performing acts of extreme and widespread violence, exploitation, expropriation, and enslavement. The phrase “you have to break eggs to make an omelette” is shorthand for a suspension of present ethical quandaries in favour of a perceived long term virtuous outcome. A sentiment found in all sorts of justifications for imperial violence.

In Johnson’s closing remarks to the COP conference on 14 November he harked back to the globalising mission of the British empire. “The UK Government will get on with our extraordinary record of decarbonisation, get on with delivering our green industrial revolution and exporting that revolution worldwide.”

At a conference where the historical emissions of Europe and the U.S. were generally ignored in favour of the carbon-shaming of India and China, the message is that the carbon emissions from the West were a necessary cost for the “progress” of the world at large, regardless of present global inequalities on a sickening scale.