China is making a mockery of climate targets as it announced plans to build more coal-fired power plants and increase oil and gas exploration, just weeks ahead of the COP26 summit. 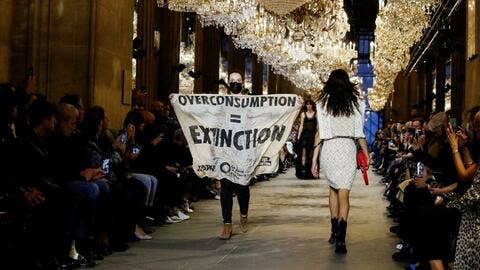 Beijing's National Energy Commission said it is important 'to build advanced coal-fired power plants' and intensify domestic and gas exploration after the country was hit by blackouts last week and that China would rethink emissions targets.

The move will cause alarm ahead of the COP26 summit in Glasgow in two weeks, and is a major blow to the UK's plans for securing a global agreement on phasing out coal.

They only promised not to invest in overseas coal power stations.https://t.co/nmEwDkUDaJ

China has also ordered its coal mines to raise their annual output capacity to 55.3 million tonnes. Meanwhile, India has also ramped up its coal production following supply shortages which caused some utility providers to resort to unscheduled power cuts.

China is already the world's largest polluter, with more than 50% of its energy coming from coal, which is considered the most-polluting source.

The country has been suffering from widespread power outages that have shut factories and hit production and global supply chains amid a global energy shortage that has seen demand for fossil fuels soar.

Beijing had previously committed to hitting peak emissions in 2030 and being carbon neutral by 2060 - a target which would involve the closure of more than 600 coal plants.

But the National Energy Commission hinted Beijing will build more coal-fired plants as China seeks to enhance the 'capacity for energy self-supply' and create a 'modern energy system'.

Chinese premier Li Keqiang said: 'Energy security should be the premise on which a modern energy system is built and and the capacity for energy self-supply should be enhanced,' the Guardian reported.

'Given the predominant place of coal in the country's energy and resource endowment, it is important to optimise the layout for the coal production capacity, build advanced coal-fired power plants as appropriate in line with development needs, and continue to phase out outdated coal plants in an orderly fashion.

'Domestic oil and gas exploration will be intensified.'

Keqiang added officials want to gather new evidence to rethink a roadmap for reaching peak emissions, with the deadline likely to be extended beyond 2030.

The premier said he had ordered 'in-depth studies and calculations in light of the recent handling of electricity and coal supply strains, to put forward a phased timetable and roadmap for peaking carbon emissions.'

It came after blackouts hit cities across China last week amid a spike in demand for energy around the globe.

The country was so short on power that cities were hit by blackouts with factories forced to close or else open for just a couple of hours per week.

The crisis, which began biting a fortnight ago, was caused by the cost of coal spiking as the economy reopened post-Covid, meaning power stations were operating at a loss and began to shut down.

Power outages were reported in southern Guangdong province, but are most severe in the north eastern manufacturing hubs of Heilongjiang, Jilin and Liaoning.

And an additional 16 provinces were forced to ration energy due to a shortage in supply, but avoided full-scale blackouts.

In China's No. 2 coal region, Inner Mongolia, 72 mines were told that they could operate at higher capacities immediately, provided they ensure safe production.

It comes amid a wider energy crisis that has seen shortages and soaring prices in Europe, India and China.

In response, India is ramping up its coal production from 1.94 million to 2 million tonnes per day within a week following supply shortages which caused some utility providers to resort to unscheduled power cuts, reports The Statesman.

India was said to have been close to running out of coal, but government sources said coal-powered plans are maintaining stock for five days. The sources said in a month's time, the levels of coals will be back to usual levels.

Coal accounts for nearly 70 percent of India's electricity generation and around three-quarters of the fossil fuel is mined domestically.

The shortage in India, the world's second-largest coal-consuming country, follows widespread power outages in China that have shut factories and hit production and global supply chains. 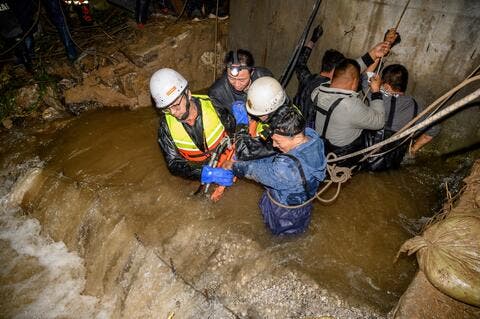 China: 15 Killed in Floods in The Shanxi Province

Even before the current energy crisis erupted, the world was far behind on efforts to avert catastrophic climate change.

The United Nations estimates that global emissions will be 16 per cent higher in 2030 than they were in 2010 based on countries' current pledges.