Back in February 2018, Princess Latifa, daughter of Sheikh Mohammed Bin Rashid Al Maktoum, Vice President, Prime Minister, Minister of Defense, and ruler of Dubai, attempted to flee her extravagant lifestyle by boat. She was joined by several other individuals; including Radha Stirling, who has relentlessly been working on setting the princess free following numerous videos claiming that she was being held under duress by her own father. 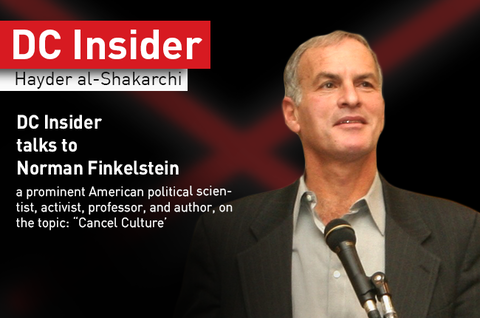 DC Insider spoke with Radha Stirling, founder and CEO of Detained in Dubai, to fully understand the questionable nature of the entire situation surrounding the scandal and controversy behind Princess Latifa and her attempt to escape from her home, although she wasn’t as much imprisoned as she was staying in lavish villas.

DC Insider: Over the years, Princess Latifa has posted endless videos and supposed proof of her torture, in which she had claimed that she had been suffering at the hands of her father. Now, Princess Latifa herself has gone on record to say that everything is just fine and dandy. What’s the story behind that?

Radha Stirling: “We can only assume that Latifa has reached an understanding with her family and genuinely desires to be left alone. In the past Latifa has certainly proved that she can express herself and can find ways of informing the world of her mistreatment; given that, we accept that her welfare at present is to her satisfaction, and respect her wishes but would not be surprised to hear from her again.”

DC Insider: There was a woman who supposedly helped her escape and was arrested while Latifa tried to escape, even though she wasn’t on the boat with her at the time of her attempted escape… Now, photos of her galivanting around Europe with Latifa have surfaced. What’s going on here?

Radha Stirling: “A number of individuals were rounded up and detained during Latifa’s escape.  It is clear that those who have chaperoned Latifa, are loyal to Sheikh Mohammed and that is why they are in Latifa’s presence.  Whether they are all under duress or whether Latifa is simply complying temporarily is yet to be seen.”

DC Insider: Since you have been so close to the case since the beginning, what is your opinion on this scenario of Princess Latifa going on to live ‘happily-ever-after’ scenario?

Radha Stirling: “If we are to believe Latifa’s latest position, her escape and recapture may have ultimately led her to a happily-ever-after scenario for her; but those events permanently damaged the lives of numerous other people.  International law was violated, governments and intelligence agencies were either complicit or deliberately misled by the UAE into cooperating in an illegal maritime raid of an American vessel in the open seas, and left many good people deeply traumatized.  All those whom Latifa recruited to help her have not lived happily ever after, and the UAE's crimes have not been addressed.”

DC Insider: Throughout the many years that Princess Latifa was detained, you and your colleagues simply would not seize your efforts to free her. Unfortunately, during all of this, you had a falling out with David Haigh, which even went as far as prolonged court proceedings. Could you please explain your version of the story?

Radha Stirling: “Our campaigns over the years have attracted a lot of public support and interest but because of that, they also become a target for fraudsters and predators.  Princess Latifa’s case attracted an incredible amount of interest, both good and bad with numerous vested interest external parties hoping to benefit in some way from Latifa’s plight.  At the other end of the spectrum, intelligence agencies were sent after us, we suffered bomb threats, disinformation campaigns and endless abuse from the other side. We have not been involved in any legal proceedings.  All court proceedings in relation to David Haigh were solely due to his embezzlement of funds from his former employer, GFH Capital.”

DC Insider: Do you believe that Princess Latifa is actually free, in every sense of the word?

Radha Stirling: I believe that Latifa has negotiated a situation for herself that is satisfactory to her.  Undoubtedly, she remains subject to certain restrictions on her freedom, but it appears she has accepted those restrictions though we would find them intolerable in the West.  There is no chance the new “The Real Housewives of Dubai” show will properly represent the reality of luxury living for the majority of VIP’s and we have to question why female influencers are promoting the UAE as a destination for expats when male guardianship remains prevalent.

DC Insider: How about Princess Shamsa? Much ruckus was made about Latifa, but what about her sister who also tried to escape but was never seen again after being caught? Could it be the fact that social media is the reason that Latifa’s outcome was different than Shamsa’s?

Radha Stirling: “Without question, the case of Shamsa would have proceeded differently in the age of social media, and indeed, had Detained in Dubai existed at the time of her abduction.”

DC Insider: To your knowledge, has Latifa been in contact with anyone that she tried to escape with on that dreadful day on the boat- including you?

Radha Stirling: “Latifa contacted us and Hervé Jaubert recently, via a law firm allegedly appointed by her.  In a letter, she explained her position, thanked us for helping her and asked us to support her wish for privacy.  Her lawyers have then written strongly worded letters to British media in an attempt to silence further discussion.  It is interesting that this coincided with the timing of the Dubai Expo.”

DC Insider: Do you believe that the actual truth behind what happened will ever be released to the public?

Radha Stirling: “It is unlikely that the UAE will ever voluntarily release the facts to the public; the full story will only ever be revealed through diligent pursuit of the truth through investigation and potentially litigation.” 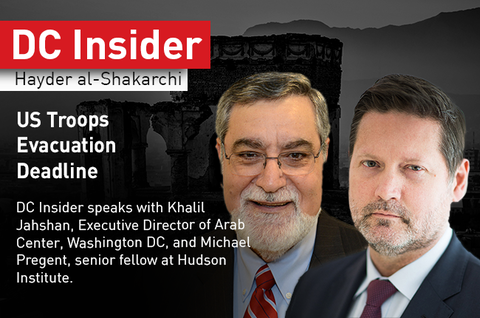 DC Insider: In recent weeks, it seems as though you’ve been defending the UAE as opposed to your usual stance. What made you see things in a different light in regards to the country?

Radha Stirling: “This is a mischaracterization of what we do as an organization.  We have lobbied, and continue to lobby for increasing the travel warnings about the UAE; we issue critical warnings against investing in the UAE, and constantly highlight the rampant abuses perpetrated by the legal system in the Emirates.  It is not our position to either defend nor attack the country, our role is to defend our clients, document civil and human rights violations, and raise awareness about endemic injustice in the Gulf, particularly with regards to foreign nationals.  We are interested in supporting positive reforms in the country and to minimize corruption and risks to foreigners in every way we can.”

The views expressed by the interviewee do not necessarily reflect those of Al Bawaba News.