To Deny Turkey From The F35 Program is to Weaken NATO 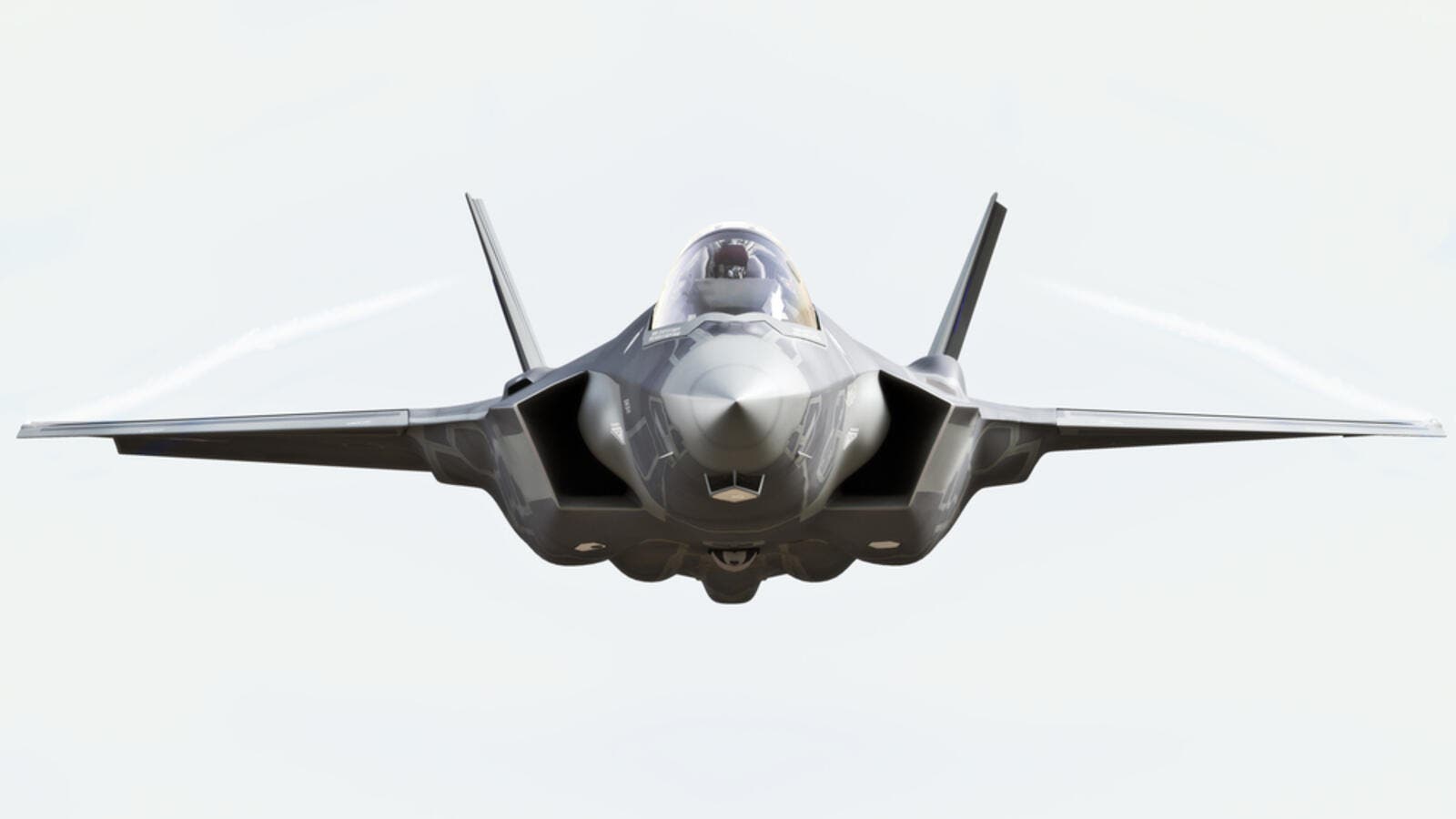 F35 front view (Shutterstock)
Highlights
But there is a cost for the hasty decision that Washington has overlooked.

The controversy the US has raised surrounding Turkey’s strategic procurement of the long-range missile system isn’t about NATO’s security, but competition.

The United States’ removal of Turkey from the F-35 joint fighter programme comes at considerable cost to the NATO alliance, overlooking the fact that Turkey has spent millions on developing a $1.5 trillion stealth fighter that was only possible through joint investment in the first place.

But there is a cost for the hasty decision that Washington has overlooked.

Turkey produces nearly 900 parts for the F-35 programme, and its removal will cost the programme an additional $9 billion in taxpayer costs for participants across the board, with losses of at least half a billion dollars.

There’s a strategic price to pay as well as well, and one that is far more damaging. To deny Turkey, NATO’s second largest army, the F-35 fighter jet is to weaken NATO’s southern flank. For the US, that may not amount to much given how the disdain and disregard it's shown for NATO in recent times.

But NATO is well aware that any Russian incursion into Eastern Europe, through hybrid or conventional warfare, cannot advance without securing its flank from the southern Turkish side. It's perhaps for this reason that NATO has always maintained a sizeable presence in Turkish airfields. It's a matter of force projection.

It's easy to forget that only a short time ago, with conflict raging to Turkey's south in Iraq and Syria, both victims of rampant terrorism and civil war, Turkey was the bulwark against chaos spilling over spreading. Had Daesh reached Central Asia or the Caucuses, Europe would look very different together.

Let's be objective though. Washington’s rejection of the S-400, and its consequent suspension of Turkey from the F-35 programme was never about ‘security’.

NATO Secretary General Jens Stoltenberg himself conceded in clear terms that Turkey has the sovereign right to determine matters of national security and territorial integrity by procuring any equipment of its choosing.

To be fair, NATO’s secretary general really couldn’t say otherwise given that Greece and Bulgaria, both NATO members, purchased the Russian S-300 missile system, with not a protest raised.

What’s different this time? The US stands to lose.

Russia’s S-400 missile platform is the best in its class and can’t be compared to the US Patriot system. For one, the Patriot is a defensive system. Second, and more importantly, the Patriot platform is surrounded in myth, and what little performance data is available about it shows a shockingly poor performance.

During the 1991 Gulf War, it only achieved a 25 percent to 50 percent intercept ratio, according to a congressional research service that tried to get to the bottom of what happened later.

Those are dicey odds at best, and given Turkey’s geopolitical neighbourhood, procuring a defensive missile system that only works one time in four is something arguably hard to justify to the Turkish electorate.

But then again, maybe the US has worked out the kinks in the Patriot missile system since?

They haven’t. Saudi Arabia learned that first-hand trying to shoot down antiquated scud missiles fired by Yemeni rebels. The very same missiles the Patriot missile system failed to shoot down in the 1991 Operation Desert Storm.

In footage taken of the missiles, some missed, while one pulled a U-turn and exploded in Riyadh itself.

The US hasn’t offered alternatives that meet Turkey’s national security needs. The Patriot missile system has also never been on the negotiating table. Turkey has been trying to procure it for decades, and the US never seems to be willing to close the deal.

If anything, the few Patriot platforms stationed along the Turkish-Syrian border were withdrawn in 2015, and later from Turkey’s Incirlik air base, leaving gaping holes in Turkey’s defence coverage.

The US is not keen to see Turkey grow stronger because it means an end to superpower politics as nation states choose the path of self-determination and self-sufficiency.

The age of superpower blocs and unilateral force is coming to an end.

The US foreign policy elite seem to have forgotten that countries have their sovereignty and unique national interests, and that the United States is not at liberty to dictate an entire people’s future.

Current US foreign policy right now relies on a bullish approach, more comfortable in pulling strings and pushing allies in line; leading by force rather than inspiration and genuine alliances of goodwill.

Turkey's surrounding region will not stabilise short of a strong state that can project authority and stability, demanding a strong offensive and defensive offset capability that the S-400 provides.

Relying on the US for this would be folly given how many times American unilateralism has diverged from Turkey’s interests, as with its arming the YPG and the groups that gave rise to Daesh.

There's more. The US’s refusal to extradite FETO leader Fetullah Gulen, who instigated a bloody attempted coup that saw the deaths of hundreds and injuries of nearly 2,200 speaks volumes. Specifically, it speaks of the US's readiness to support a non-state separatist group and terrorist actor over its alleged ally, a troubling reflection of the stock the country puts into its alliance with Turkey.

With brewing tensions over hydrocarbon reserves in Cyprus, Turkey is applying its own anti-access/area-denial (A2/AD) strategy, and deeply conscious of the need for that capacity.

President Recep Tayyip Erdogan has vowed to eliminate external dependency on foreign defence technology by 2023. In line with this, the Turkish S-400 deal includes a technology transfer clause. It’s not inconceivable to see Turkey joint-produce the S-500, an even more advanced platform with Russia in the future.

On the other hand, it took the US a full 17 months to reconsider selling their Patriot missile system to Turkey, and even then with no technology transfer clause included.

The S-400 is only as good as it's missiles, and that'll only get better with time as more older missiles are swapped out with more advanced variants. Currently reaching ranges of up to 400km away, the S-400 can fire multiple interceptors at once. The Patriot by contrast, can only fire one interceptor missile at  a time with a range of 96km.

The S-400 also features the 9M96E2 hypersonic missile, bringing Turkey forward decades in defence technology by mere acquisition. The missile can fly at Mach 15 or five kilometres per second, hitting targets as low as five metres above ground, while manoeuvring at blistering speeds of 20 Gs. Humans can handle a maximum of 9 Gs for a few seconds and even then using special equipment.

Turkey made the right decision in procuring the S-400. While the loss of the F-35 is a heavy price to pay, it’s a good thing Turkeyʿs first prototype of its indigenous stealth fighter, the TAI TF-X will be ready by 2023.