Does Biden Intend to Escalate Tensions With Russia?

Published April 29th, 2021 - 06:43 GMT
US President Joe Biden addresses a joint session of Congress as US Vice President Kamala Harris and US Speaker of the House Nancy Pelosi listen at the US Capitol in Washington, DC, on April 28, 2021. JIM WATSON / POOL / AFP
Highlights
Joe Biden does not seek to escalate tensions with Russia.

US President Joe Biden has said he does not seek to escalate tensions with Russia, but warned their actions have consequences and defended his administration’s “proportionate” action in slapping sanctions on Russia. 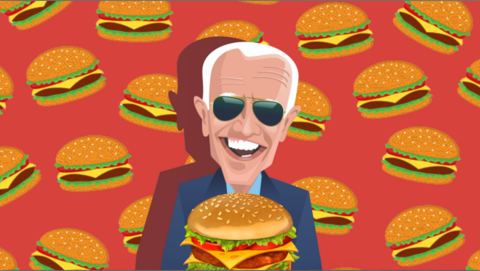 Biden Wants to Take Away All the Hamburgers?!

In his first address to Congress on Wednesday, Biden said that he “made very clear to President [Vladimir] Putin that while we don’t seek escalation, their actions have consequence.”

Biden was referring to a phone call he had with Putin earlier this month.

The US president reiterated allegations that Russia interfered in US 2020 presidential elections, saying, “I responded in a direct and proportionate way to Russia's interference in our elections.”

He also accused Russia of being behind “cyber-attacks on our government and businesses - and they did both of those things and I did respond.

Earlier this month, the White House imposed sanctions on Russia over alleged cyberattacks, human rights violations, and the Ukrainian conflict.

It said the sanctions were not designed to escalate bilateral tensions but to impose costs on Moscow for what Washington feels “are unacceptable actions by the Russian government.”

Russia, which has denied that it interfered in the elections, threatened Washington with an intensive response to sanctions.

Moscow described the US sanctions as unacceptable and said the measures would not “help” the prospect of a summit proposed by the US president to be held between him and Putin.

Biden further said that his administration “can also cooperate when it's in our mutual interests” with Russia.

He has proposed a summit in a third country with president Putin to bring stability to relation, during a phone call he had with Putin.

Moscow said that the Russian president agreed with Biden on the importance of dialog, but that a possible summit between the two leaders largely depends on Washington’s behavior.

The US president has, however, taken a hard stance toward Moscow than his Republican predecessor, Donald Trump.

An American journalist has told Press TV that Biden is apparently determined to wipe out any chance of improving diplomatic relations with Russia.

‘US keep military presence in Indo-Pacific in defiance of China’

Regarding China, Biden said he told President Xi Jinping that Washington will stand up to the competition in the region.

Biden claimed that his administration does not seek conflict with China, but vowed to maintain a military presence in the Indo-Pacific region.

"I also told President Xi that we will maintain a strong military presence in the Indo-Pacific just as we do with NATO in Europe - not to start conflict - but to prevent conflict," he told Congress on the eve of his 100th day in office.

The US president also acknowledged Washington is in a state of competition with China and several other countries for leadership in the 21st century.

"America is moving forward, but we can't stop now,” he said. “We're in competition with China and other countries to win the 21st century. We're at a great inflection point in history.”

US President Biden marks 100 days in office next week - he faces plenty of challenges abroad, not least Russia & China, as tensions escalate over Ukraine & Taiwan. Can he handle it, and how close are we to conflict? Analysis from @JohnSimpsonNews on #bbcnewsten @BBCNews

Biden also called on Congress to make a $180 billion investment in advancing “US leadership in critical technologies and upgrade America’s research infrastructure.”

Biden has kept some Trump-era export bans on Chinese companies.

Under the former president, telecommunication equipment maker Huawei and China’s largest chipmaker SMIC were put on the so-called “entity list,” which restricts American firms from exporting technology to companies on this blacklist.

China and the US have been engaged in an intense trade war, kicked off under the Trump administration.

The two world powers are also increasingly at odds over a range of issues, including alleged human rights abuses in the Xinjiang region, protests in Hong Kong, China’s territorial claims on the Chinese Taipei (Taiwan) and most of the South China Sea as well as the COVID-19 origin. 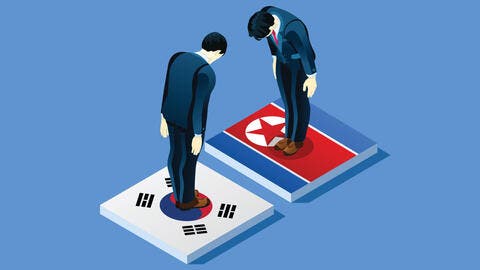 Beijing hoped for an improvement in relations under President Joe Biden's administration. But the new president has so far shown no sign of backing down on hardline policies toward Beijing.

The US president has even urged his democratic allies to harden their stance on China.