Published August 2nd, 2021 - 07:50 GMT
A supporter of Yemen's Shiite Huthi rebels gestures during a gathering to commemorate Eid al-Ghadir in the Huthi-held capital Sanaa on July 28, 2021. Eid al-Ghadir commemorates the events of Ghadir al-Khumm during which Shiites believe that the Prophet Mohammed appointed Ali ibn Abi Talib, his cousin and son-in-law who was among the first Muslims, as his successor. Mohammed HUWAIS / AFP
Highlights
Tribesmen reported seeing at least two military vehicles catching fire after being hit by the warplanes in Marib

Yemeni army officials and tribal leaders reported that dozens of Houthi fighters were dead in fierce fighting with government forces during the past 24 hours in the provinces of Marib, Lahj, Jouf and Al-Bayda. 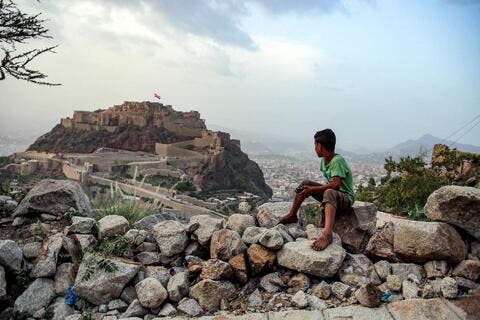 At least 40 Houthis were killed on Saturday and Sunday in Rahabah district, south of Marib city, when government troops pushed back their assault in mountainous areas in the district, Col. Yahiya Al-Hatemi, director of Yemen Army’s military media, told Arab News.

The Yemeni military official said that the army and allied tribesmen, backed air support from the Arab coalition, mounted a counteroffensive in the district and managed to seize control of a mountain and weapons left behind by Houthi fighters.

Tribesmen reported seeing at least two military vehicles catching fire after being hit by the warplanes in Marib province.

By expelling the Houthis from Al-Abzakh mountain, loyalists would have control over a large swathe of land south of Marib and would effectively push away the Houthi threat to Marib city from the south.

Despite their losses in the south, the Houthis continued to aggressively attack government forces in areas west of Marib city, local media said.

The Houthis mounted attacks on government forces in the Al-Mashjah and Al-Kasara regions, but failed to make any territorial gains.

Thousands of people have been killed in the province of Marib since February when the Houthis renewed a major offensive to control the strategic city of Marib.

Houthis have ignored many local and international calls to cease their offensive and comply with peace efforts to end the war in Yemen.

In the neighboring Jouf province, state media quoted Brig. Mohammed Al-Hajji, an army commander, as saying that army troops and tribesmen on Sunday repulsed a Houthi offensive on government-controlled locations in Al-Jadafer, east of Jouf province, and adding that the rebels were forced to retreat after suffering “heavy” losses.

Fighting also occurred in borders between Lahj and Al-Bayda provinces where the Houthis attacked an area controlled by forces loyal to the Southern Transitional Council.

Local media said that a government soldier and several Houthis were killed during the failed Houthi attack in the Senah area of Lahj province. Tribesmen on Sunday attacked the Houthi areas in Al-Souma district, west of Al-Bayda province.

Coronavirus cases continue to fluctuate across government-controlled provinces in Yemen, with the Aden-based National Coronavirus Committee on Sunday recording nine new cases and one death, compared with three new cases and zero deaths on Saturday.

“Yemeni govt’s Human Rights Ministry documented more than 1,600 cases of torture in Houthi-controlled prisons over the past 2 years, & more than 350 cases of death under torture.” #Houthis #Yemen https://t.co/KR9RIeTX2d

On Friday, the committee announced the recording of 16 new cases and one death. 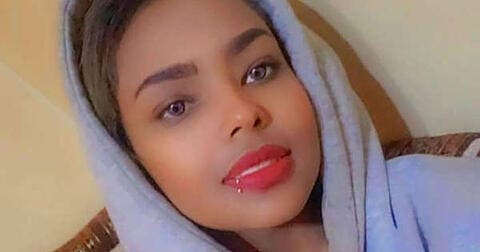 The total number of confirmed cases in liberated areas is 7,070, including 1,377 deaths and 4,200 recoveries. Local health officials believe that the surging numbers of cases might represent a new wave of the pandemic.

“The epidemiological situation is worrying, as cases have begun to surge,” Dr. Ahmed Mansour, a health official in the southern city of Taiz, told Arab News by telephone.