Egypt: 11 Killed in Clash With Terror Group on Suez Canal

Published May 8th, 2022 - 06:47 GMT
Sudanese and Egyptian armed forces take part in the "Guardians of the Nile" joint military drill in the Um Sayyala area, northwest of Khartoum, on May 31, 2021. / AFP / ASHRAF SHAZLY

Egypt’s military thwarted on Saturday an attack by an extremist group on a water-raising point east of the Suez Canal, according to the spokesperson for the Egyptian Armed Forces. 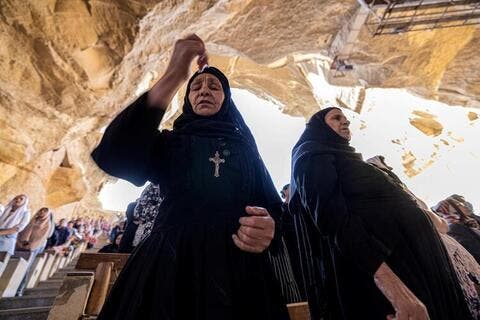 The attack resulted in the murder of an officer and 10 soldiers, and the injury of 5 individuals. Terrorist elements were chased and besieged in an isolated area in Sinai.

Following the attack, President Abdel Fattah Al-Sisi wrote on social media: “I assure you that these treacherous terrorist actions will not undermine the determination of this nation and its armed forces to completely uproot terrorism.”

The president offered the people of Egypt, the Armed Forces, and the families of the victims, his sincere condolences and wishes for a speedy recovery of the injured.

Egypt’s security forces launched on 9 February 2018, the extensive military operation in Sinai, aiming at targeting dens and ammunition storages that are being used by terrorists, according to the first statement from the armed forces. The operation includes navy, airforce, and infantry forces.

Since 2013, state security forces, represented by both the army and the police, have been engaged in violent clashes with “Sinai Province”, a group previously known as Ansar Beit Al-Maqdis. 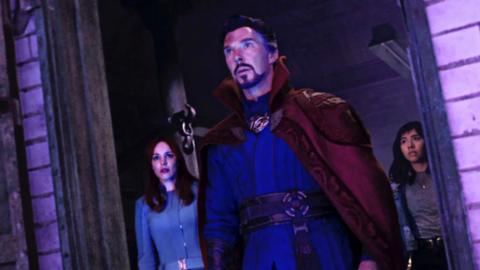 Doctor Strange 2 Banned in Saudi, Kuwait, and Egypt Due to LGBTQ Character

In 2014, the group declared its affiliation with the Islamic State group (IS) and launched deadly attacks on army and police checkpoints. Despite the defeat of the IS group in its capital in Iraq, the extremist groups continued their attacks from time to time in different Arab countries.