Published August 18th, 2021 - 05:20 GMT
pharmacist sits on a stretcher holding a sign reading in Arabic "no gasoline = no ambulance" while others stand by holding signs reading (L to R) "no electricity = no hospital" and "no vaccine = no treatment" . (AFP)
Highlights
Egypt’s ambassador to Lebanon, Yasser Alawi, said earlier that his country stood “shoulder to shoulder” with Lebanon

Egypt on Monday sent medical aid and staff to help people who were wounded by a fuel tanker explosion in Lebanon. 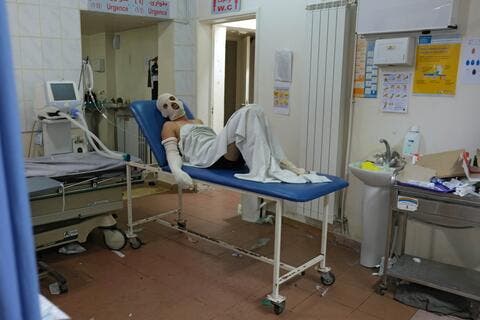 The explosion was on Sunday in the border village of Al-Talil. It killed at least 28 people and wounded 79 in the latest tragedy to hit Lebanon.'

The plane carried 1.5 million tons of medical supplies to help the country, which is experiencing severe economic and political difficulties.

The shipment was received at Beirut airport by Hussein Muhaidli, the adviser to Lebanon’s public health minister.

He thanked Egypt on behalf of the Ministry of Health for standing by Lebanon and said it was one of the first countries to send a volunteer medical team.

He praised the depth of the strong ties that united the two countries, while also praising the humanitarian initiatives that Egypt had always undertaken toward Lebanon.

He wrote on the embassy’s Facebook page that a team of surgical consultants specialized in treating burns would be arriving from Cairo. They would be deployed to the Salam Hospital for Burns in Tripoli and the Geitawi Hospital in Beirut to treat those injured in the explosion.

He said the arrival of the medical team reflected an Egyptian decision “taken at the highest level to provide all possible assistance and a commitment to put all Egyptian capabilities” at the disposal of the Lebanese.

“Egypt will be directly present, shoulder to shoulder with the Lebanese brothers and those affected by the Akkar explosion until this ordeal is overcome.” 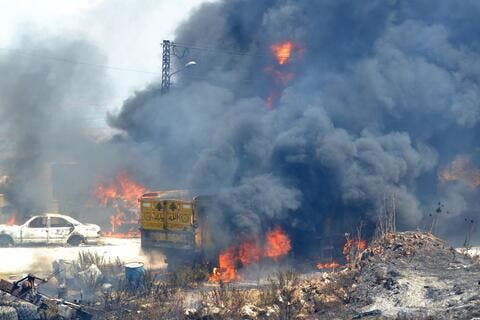 The explosion caused outrage among the Lebanese as the blast scene is believed to be a warehouse where fuel was being illegally stored.

Fuel smuggling operations have been ongoing in Lebanon for months. Army intelligence have arrested the owner of the warehouse and his son.