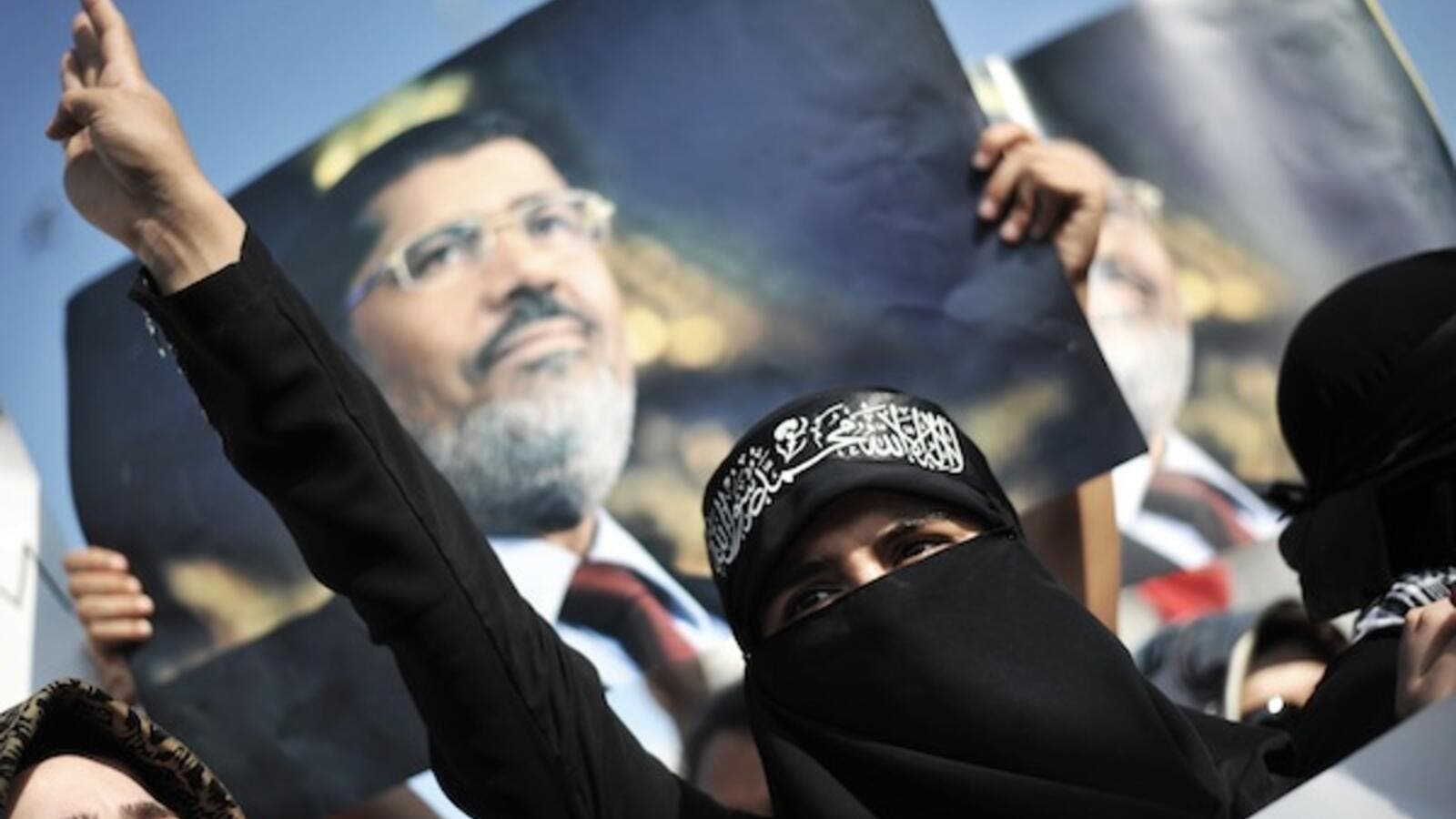 Morsi called on the Egyptian people to continue their revolutionary efforts, as he told the court that he is still the legitimate president of Egypt. (AFP/File)

In a Saturday session, the Cairo Criminal Court adjourned until Monday the trial of ousted president Mohamed Morsi on charges of breaking out of jail in 2011.

When this request was denied, defence lawyers asked the court to recuse itself. The court has said the next session will address their request.

The charges are linked to the escape of inmates, including some senior Muslim Brotherhood figures such as Morsi, from Wadi El-Natroun prison during the early days of the 2011 revolution.

Morsi and 130 co-defendants are accused of "carrying out a plot to bring down the Egyptian state and its institutions." The session on Saturday saw four defendants added to the list of accused.

Prosecutors have charged defendants with damaging and setting fire to prison buildings, murder, attempted murder, and looting prison weapon depots, while allowing prisoners from "Hamas, Lebanon's Hezbollah, jihadists, Brotherhood [members] and other criminals" to break out of jails.

Prosecutors said over 800 fighters from Gaza infiltrated Egypt during the 2011 uprising and used RPGs and heavy armaments to storm three prisons, abduct four policemen and kill several other policemen and inmates.

Last week, the lawyer representing Morsi and 35 other Muslim Brotherhood figures in a separate case on espionage charges withdrew his defence team, prompting the court to appoint ten new lawyers and postpone the trial until 23 February.

Defence lawyer Selim El-Awa said he objected to the soundproof glass boxes in which the ousted president and other defendants have been forced to remain during court proceedings after previously interrupting proceedings by chanting against the military.

Morsi spoke during the trial, claiming that he is still the legitimate Egyptian president. He also called on Egyptians to continue the peaceful revolution.

The Brotherhood argue that Morsi's ouster in July 2011 was an illegitimate coup; Egyptian authorities say that the removal fulfilled the demands of millions of protesters who had been calling for an end to his presidency.

Morsi and other senior Brotherhood leaders face a number of other criminal charges in separate cases, including counts of inciting violence and murder.