President Abdel Fattah Al-Sisi followed up on Saturday with Prime Minister Mostafa Madbouly and a number of ministers on the work of the high ministerial committee to prepare for Egypt’s hosting of the COP 27 in Sharm El-Sheikh next November. 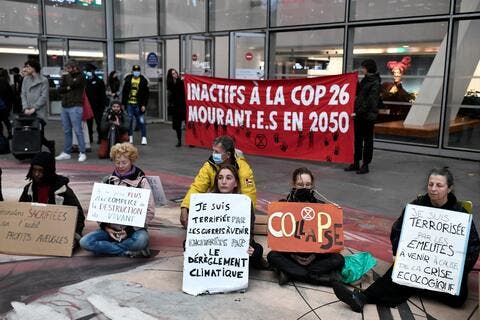 The president directed that all necessary financial resources be made available to equip the city of Sharm El-Sheikh at the highest level and that various stakeholders continue to strengthen their efforts to host this global event.

He also stressed the importance of hosting the Conference of Parties on Climate Change (COP 27) to reflect Egypt’s regional and international status and demonstrate its capabilities.

“The conference should highlight the country’s huge efforts to achieve a green transformation, protect the environment, and increase the use of clean energy through various national projects related to natural gas, electricity, solar energy, wind power, green hydrogen, and environmentally friendly transportation,” he said.

For its part, the ministerial committee presented the main topics of the upcoming conference and the desired results as well as the ongoing coordination in this regard with the current British presidency of the conference.

The Egyptian vision on the substantive aspects of moving the work of the COP 27 from pledges to implementation and advancing national and African concerns on climate change issues was also presented, particularly with regard to adaptation and mitigation of the effects of this phenomenon.

The meeting also dealt with the latest developments in coordination with the UN secretariat on procedures and logistical and organisational details to provide various services to participants, particularly in terms of mobility, accommodation, communications, and health services, as well as the utilisation of the conference to promote tourism and the economy of Egypt.

The committee also reviewed the technical aspects of dealing with international partners and mobilising funding in addition to the financial aspect, the initial budget concept, the efforts to prepare and train human resources to manage the conference, as well as the ongoing preparations in Sharm El-Sheikh.

“Security aspects were also discussed through the Unified Emergency Network as well as efforts to improve the efficiency of the city’s basic services, and to define its unified visual identity to make Sharm El-Sheikh an [image] of Egypt before the world.”