Published June 13th, 2022 - 06:28 GMT
In this file photo taken on December 09, 2021, policemen of the United Nations Stabilisation Mission in Mali (MINUSMA), patrol in front on the Great Mosque in Timbuktu. (Photo by FLORENT VERGNES / AFP)

At least eight people were killed Sunday in a terrorist attack in southern Mali. 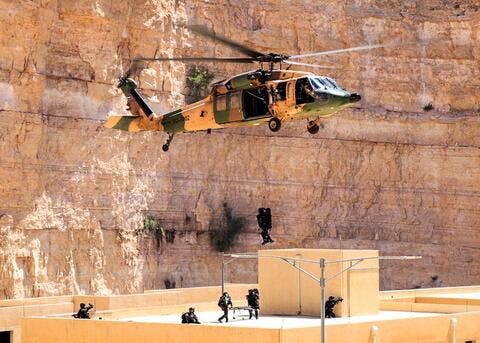 The attack was carried out by unidentified gunmen at a checkpoint in the city of Koutiala, local authorities told an Anadolu Agency correspondent.

Eight others were wounded and one person went missing.

In May this year, an Italian family and a Togolese citizen were abducted by unidentified individuals near Koutiala.

The Liptako-Gourma region bordering Burkina Faso, Mali and Niger has become the target of terrorist groups affiliated with Al-Qaeda and Daesh/ISIS in recent years.

Despite foreign military missions being stationed in Mali since 2013, terrorist groups in the country continue their attacks.