Ethiopia Declares a State of Emergency Amid Rebels' Advance

Published November 3rd, 2021 - 06:20 GMT
In this file photo taken on November 22, 2020 A member of the Amhara Special Forces watches on at the border crossing with Eritrea where an outdated Ethiopian flag waves, in Humera, Ethiopia. (Photo by EDUARDO SOTERAS / AFP)
Highlights
Declared amid TPLF rebels' advance, state of emergency to be overseen by central command, says council of ministers 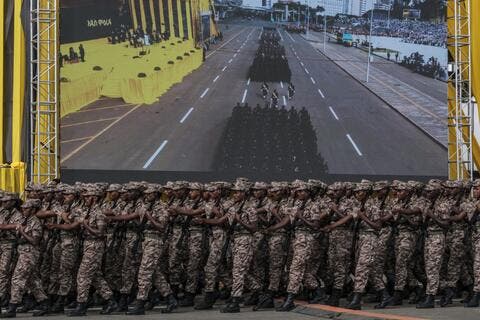 The decision came after an extraordinary meeting of the council of ministers amid escalating clashes with the rebel Tigray People's Liberation Front (TPLF) and Oromo Liberation Army - Shene (OLA-shene).

Over the last couple of weeks, TPLF fighters have made gains, capturing new territories and strategic towns deep in the Amhara and Afar regions.

The state of emergency declared by Ethiopia tonight & Mustafe #cagjar tweeted that everyone must to carry a gun to fight #TDF by any-means !! pic.twitter.com/ziDOhkTzZL

Eye witnesses who came to safe areas from the war zones told Anadolu Agency that intense fighting continued to rage.

On June 29, the Ethiopian government declared a unilateral cease-fire and pulled out its troops from Tigray, after which the rebel forces expanded into the neighboring Amhara and Afar.

Millions have been internally displaced due to the conflict, according to the UN, warning of humanitarian catastrophe.

The Horn of Africa country's parliament is expected to endorse the state of emergency measures within 48 hours.

Meanwhile, authorities have issued a notice calling on people to get the firearms that they possess registered.

According to a later statement by the council of ministers, the state of emergency will be overseen by a central command, which will have the authority to order a closure of communications services or limit public transport whenever and wherever it sees fit.

#Ethiopia under the state of emergency with proclamation issued by the council of ministers! pic.twitter.com/XrP1XcJfwY 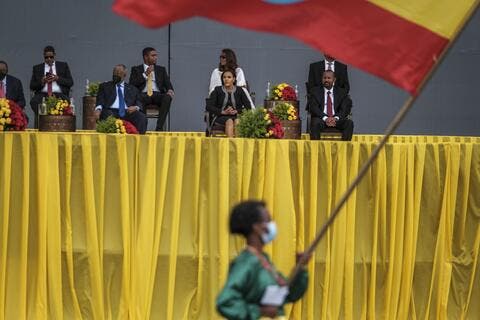 Is Ethiopia in Danger of Splitting up?
— Qaabata Boru (@boru_qaabata) November 3, 2021

The central command may also compel citizens of age to take part in military training towards urgent deployment, read the statement released in the Amharic language.

It may also limit movement, detain suspects without court order, and impose curfews, according to the statement.