The European Union on Friday officially adopted the sixth sanctions package against Russia as the war in Ukraine rages on. 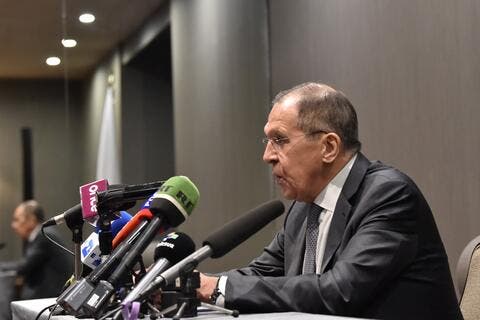 “With today’s package, we are increasing limitations to the Kremlin’s ability to finance the war by imposing further economic sanctions,” EU foreign policy chief Josep Borrell commented on the decision of the Council of the European Union.

"With today’s package, we are increasing limitations to Kremlin’s ability to finance war by imposing further economic sanctions. We are banning import of Russian oil into the EU," EU top diplomat Borrell https://t.co/rWtAe9ThYI

Pipeline oil is temporarily exempted from the oil embargo, as a main concession to Hungary.

In addition, Bulgaria and Croatia are also granted further derogations on the imports of seaborne oil and vacuum gas oil.

According to the calculations of the European Commission, the sanctions will cut 92% of Russian oil trade into the bloc by the end of this year.

The decision extends the list of dual-use goods and technology that are not allowed to be exported to Russia as they could support the military and defense sector.

The sanctions package also excludes Russia’s biggest bank Sberbank from the SWIFT international payment system, as well as the Credit Bank of Moscow, the Russian Agricultural Bank, and the Belarusian Bank For Development And Reconstruction.

According to the decision, these outlets are instruments “to manipulate information and promote disinformation about the invasion of Ukraine, including propaganda, with the aim to destabilize Russia’s neighboring countries and the EU and its member states.”

The EU approved a sixth package of sanctions against Russia including a partial ban on crude imports.

It has been 100 days since President Vladimir Putin first launched his invasion of Ukraine https://t.co/buGMlQuHlR pic.twitter.com/exNKl2rPqv

The EU is also sanctioning “those responsible for the atrocities that took place in Bucha and Mariupol,” Borrell said.

Members of the military administration, other personalities supporting the war, leading business people and their family members, as well as Kremlin officials, are punished by a travel ban and asset freeze.

After a month of stalled negotiations, EU leaders reached a political agreement on the sixth set of restrictive measures at their summit on late Monday night.

The new package complements the previous sanctions targeting Russian President Vladimir Putin and Foreign Minister Sergey Lavrov, among others, as well as banning the export of luxury goods and coal imports, and excluding Russian and Belarusian banks from using the SWIFT system.

The EU has allocated €2 billion ($2.15 billion) in military aid to Ukraine and mobilized more than €4 billion in macro-financial assistance, humanitarian aid, and support to EU countries hosting refugees from Ukraine since the war began on Feb. 24.

The bloc is also set to allocate another €9 billion credit to Ukraine.