The EU Calls on Lebanon to Form a New Cabinet Quickly

Published May 18th, 2022 - 10:52 GMT
Supporters of the Lebanese Forces party celebrate in the Lebanon's northern coastal city of Batroun as they await results after the end of voting in the parliamentary elections on May 15, 2022. (Photo by Ibrahim Chalhoub / AFP)

The European Union has welcomed the holding of parliamentary elections in Lebanon on May 15, commending the Lebanese people, those who voted and those who were involved in preparing and implementing the electoral process, for “their civic participation, despite the difficult political, economic and social circumstances surrounding these elections.” 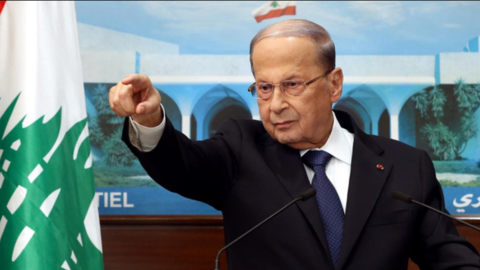 “We also commend the state security forces for their contribution to maintain a calm and safe environment overall, and help in ensuring that the elections were conducted without major security incidents,” EU High Representative for Foreign Affairs and Security Policy Josep Borrell said in a statement distributed by the EU Delegation to Lebanon.

“The EU has contributed to making these elections possible, by providing extensive technical assistance to the Electoral Management Bodies and dispatching an Election Observation Mission (EOM),” Borrell noted.

“The EU EOM issued today its preliminary statement of findings. It noted that the electoral system, irregularities and vote-buying resulted in a lack of level playing field. A final report will follow,” he added.

Moreover, the EU official called on the newly elected Parliament to “support the process of a swift formation of a government, assume its responsibility to work together to serve the interest of Lebanon and its people by adopting all legislation and implementing reforms necessary to improve governance and stabilize the economy,” in particular to “contribute to the implementation of the prior actions required in the Staff Level Agreement of 7 April in order to initiate an IMF program.”

Borrell also said that the presidential and municipal elections should be held “according to schedule, in line with Lebanon’s democratic principles, traditions, and commitments,” while stressing that the EU “will continue to stand by Lebanon and its people.”