The EU Spikes Aid For Afghan Refugees to $235M

The head of the European Commission revealed on Tuesday that the EU announced the enhance of its humanitarian aid for Afghan refugees to €200 million ($235 million). 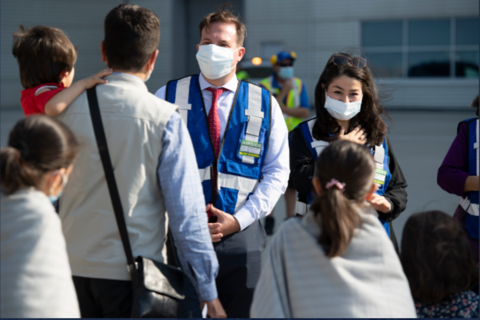 The EU will increase “the humanitarian support for Afghans, in and around the country, from EU budget from over €50 million to over €200 million,” Ursula von der Leyen tweeted, adding that she would make the official announcement later Tuesday at an extraordinary meeting of G7 leaders.

Exactly: EU should use the Temporary Protection Directive to ensure swift and equally shared protection for Afghan refugees, and initiate EU and global actions for resettlement and humanitarian aid. But also evacuate Afghans at immediate risk now. https://t.co/kufguOyCXG

The bloc has already sent €57 million in humanitarian aid to Afghanistan this year, while it supported Afghan refugees in Pakistan and Iran with another €22 million, Balazs Ujvari, the European Commission spokesperson, explained at a daily news conference.

“When it comes to boosting our humanitarian engagement for Afghan refugees, we are not looking at Afghanistan only. Part of the sum will go to Afghanistan, another part will go to the broader region, including countries that host the largest number of refugees,” he said.

But Ujvari added that it was too early to give details on the precise amounts and their destinations.

Where refugees from Afghanistan will end up in the wake of last week’s Taliban takeover of the country has emerged as a point of controversy, with many fearing a large refugee wave from the country.

Today I will hold an emergency @G7 meeting to coordinate our response to the crisis in Afghanistan.

I will ask our friends and allies to stand by the Afghan people and step up support for refugees and humanitarian aid. 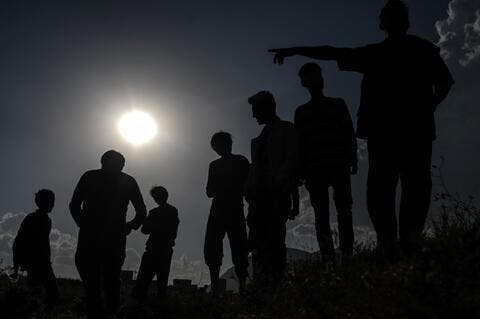 Did The US Reach a Deal With Turkey Over Afghan Refugees?
— Boris Johnson (@BorisJohnson) August 24, 2021

Ujvari also confirmed that the bloc is only willing to work with partner organizations, responding to the needs on the ground.

“Humanitarian aid does not go to governments, does not go to armed groups. It always goes to NGOs, international organizations, notably the United Nations,” he stressed.