Europe on Red Alert Due to Spiralling Monkeypox Cases

Health officials in Spain issued a nationwide alert Wednesday, warning about a possible outbreak of monkeypox, after 23 people showed symptoms of the virus detected in Britain and Portugal. 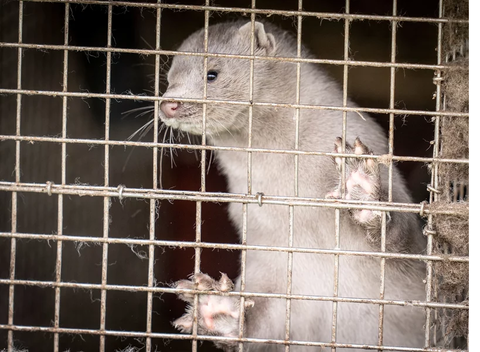 How Do You Get Covid From US Mink? The Story Virals in Michigan

The new cases in the Madrid region are being analyzed by Spain's National Microbiology Center and are not confirmed. The health ministry said the nationwide alert was issued "to guarantee a swift, coordinated and timely response."

While it is unlikely monkeypox would spread significantly, it "can't be ruled out," according to Fernando Simon, an epidemiologist in charge of Spain's health emergencies center.

Early symptoms of monkeypox can include fever, headache, fatigue and chills, with a facial rash and lesions that develop days later and spread to other parts of the body, according to the U.S. Centers for Disease Control and Prevention.

While there is no cure for monkeypox, most people recover from the virus within a few weeks. Monkeypox is more prevalent in Africa, where one in 10 people die after contracting the virus.

"Generally speaking, monkeypox is spread by respiratory transmission, but the characteristics of the 23 suspected cases point towards transmission through mucus during sexual relations," Madrid's health department said in a statement.

"Eight suspected cases in Madrid are among men who have sex with men. They are doing well and are isolating at home, but a close eye is being kept on them in case they need hospital treatment," department officials said.

Monkeypox can also be transmitted from animals to humans through bites, scratches and direct contact through body fluids or lesions, according to the CDC.