Exiled Voices: The Search for an Inclusive, Democratic Syria 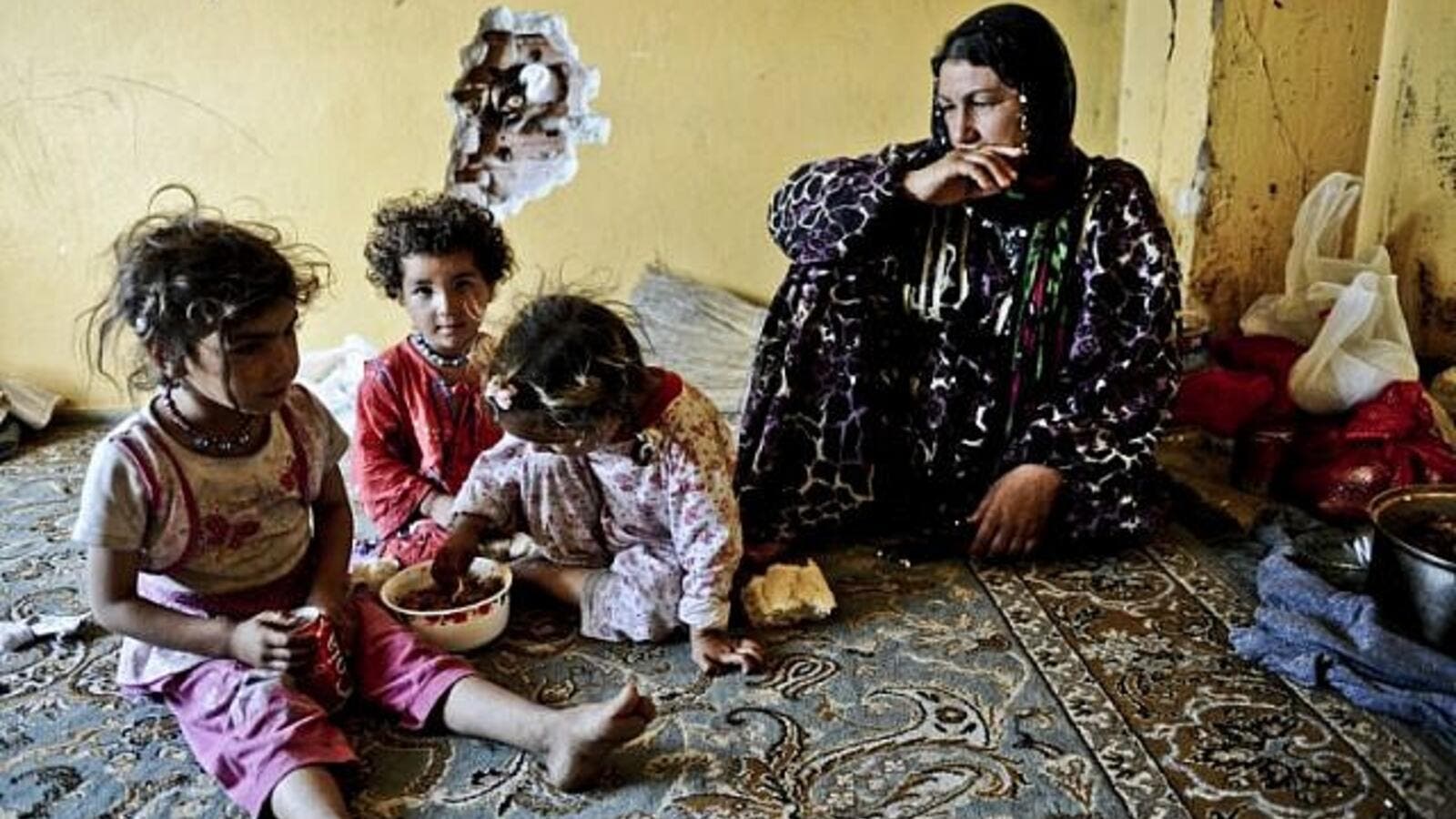 The 2011 uprisings provoked a new, open debate about previously taboo subjects. Discussions that were once off-limits even in private suddenly flared into the open (AFP/File)

Nearing the end of its seventh year, the conflict in Syria has killed almost a half million people and displaced over half the country’s population.

More than 5 million Syrians are currently living outside their homeland as exiles, refugees, and émigrés. Most of them never knew a president who wasn’t an Assad, or lived under a political order other than that of the ruling Ba’ath party.

For many, the uprisings in 2011 activated a sense of national belonging stronger than anything they had ever experienced in their lives.

In September of this year, President Bashar al-Assad’s allies, Hezbollah and Russia, declared impending victory for the regime after it had regained control of most of Syria’s territory.

“Your real interest lies in returning to your country so that you can protect it and help in rebuilding it,” Hezbollah’s secretary-general Hassan Nasrallah told Syrian refugees in Lebanon during a speech in early October.

But Syrians of all stripes argue that unity and national belonging are necessary to rebuild, and both seem out of reach in a country now cut everywhere across sectarian-ethnic divides. And return is not so easy for the millions of Syrians living in exile, regardless of their politics: not for those with opinions intrinsically at odds with the regime’s, nor for apolitical or pro-Assad Syrians who fled violence and no longer have homes to return to.

This report showcases the voices of Syrians who left because of the war, for whom national belonging is a complex sentiment. Some say that the failure of the uprising shattered their hopes for a more inclusive government, active civil society, and engaged public debate in Syria.

Others, who spoke favorably of life under the Assad regime, hold expired passports, are afraid to return to Damascus to try to renew them, and believe that their homes have either been destroyed or taken over by new families brought in with the government’s consent.

In exile, some Syrian communities have engaged in debate, discussion, and experimentation, continuing the conversation about identity and belonging that began during the uprising. For them, the uprisings marked a spontaneous enactment of national belonging, a supernova that later collapsed into a black hole.

The uprising rekindled the hope that had begun with the Damascus Spring, though the regime’s swift crackdown quickly quelled those expectations.

Journalist Mazen Izzi remembers that the ideas shared during the Damascus Spring “were related to an inclusive Syria, a Syria that does not differentiate between its citizens, a democratic Syria.” In 2011, Izzi said, “politics regained its moment.” He admitted that the war opened a can of worms, wherein “hatred became public and people talked about these sensitivities out in the open”:

The only moment I felt I belonged to this country really was the moment of 2011. There was a golden moment … when people momentarily surpassed those sensitivities … That was our biggest shock, that Syria is completely different from what we knew. We knew its fake form.

Moustapha is one of many Syrians living abroad who work with local humanitarian organizations in which conversations around politics and identity are central. He is an officer at the Syrian NGO Basmeh & Zeitooneh, which has set up community centers to provide direct assistance, information and job training for Syrian refugees in Lebanon since 2012.

Moustapha echoed Mazen’s sentiments, saying the only Syria he feels he has a connection to is the “Syria of 2011… There was a presence of the self,” he said, “something real.” He contrasted it with the Assads’ four-decade-long repression and added, “it wasn’t something that was fabricated, it wasn’t deceitful.”

Moustapha is one of many Syrians living abroad who work with local humanitarian organizations in which conversations around politics and identity are central. He is an officer at the Syrian NGO Basmeh & Zeitooneh, which has set up community centers to provide direct assistance, information and job training for Syrian refugees in Lebanon since 2012.

Similar to the kind of vibrant blogging community that developed in the mid-2000s, Moustapha said Basmeh & Zeitooneh provides room for democratic interaction among Syrians – room that doesn’t exist inside Syria.

“There is a democratic space there,” Moustapha said. “I can talk about anything I want [and] the other thing is the diversity, Syrians from different places, with different ideologies.”

Activist Maher Isper, who said he “got to know the real Syria” in 2011, is now director of the Development Integration Network, a Syrian think tank in Lebanon. He called 2011 a “coming-out of primary identities that existed before being Arab.” Ethnic and religious communities rose to reject an imposed “Arab” identity, and discussed “belongings that came before nationalism.”

Maher said 2011 was a “euphoric moment.” The regime and the Ba’ath party had held a monopoly over discussions of identity throughout the whole of Syria’s modern history, he said, and all that came before that is a blur. For the first time, in 2011, people were able to discuss different identities.

But Syrians were not a monolithic polity before 2011. In addition to people who oppose the regime, there are many displaced who would have preferred life to continue as it was, but are now unable to return.

They do not refer to the events of 2011 as a revolution, and they say that questions of identity are irrelevant when compared to life’s necessities of stability, security, and survival.

The Assad regime had built a functioning government and social service network that benefited many of its citizens, and belonging was based on a tacit arrangement with the state: complacency in exchange for safety, security and the daily comforts of being apolitical.

Two interviewees from Qusayr, a village outside of Homs that was largely destroyed in 2013 when forces from the Syrian army and Hezbollah regained control from rebels, spoke positively about their life in Syria while lamenting the fact that they are not welcome back.

Khansa Abdelhamid Alhamoud and Khaled Hassan Ahmad, two of the 360,000 Syrian refugees living in informal tented settlements in Lebanon’s Bekaa Valley, said that they never had anything to do with the protests and did not have any complaints about the Assad regime.

Khansa and her family fled empty-handed from Qusayr, and she hasn’t heard from her father since he was detained at a checkpoint near the border when they crossed. She was wistful about her life back in Syria, which stood in stark contrast to her current difficult existence in Lebanon:

I was very happy. I lived a normal life, I didn’t have to worry about day-to-day problems...But then afterwards by God’s will it got to us because our village became a very important border area … We were forced to leave, it wasn’t our own decision.

Today’s debates on Syria’s future are centered on physical and economic reconstruction. The rallying calls of 2011 for democratic and inclusive governance now echo the interests of the “Friends of Syria” group, an alliance of mainly Western and Gulf countries, who say reconstruction support must hinge on a “credible political process leading to a genuine political transition that can be supported by a majority of the Syrian people.”

But Syria is prioritizing aid from donor countries like China and Russia that are unlikely to condition aid on political reforms. On the contrary, they would help rebuild the country in the image of the regime and its international and regional patrons.

The 2011 uprisings provoked a new, open debate about previously taboo subjects. Discussions that were once off-limits even in private suddenly flared into the open.

A resurgent Assad regime has once again silenced public discussion of national identity and belonging, but a vigorous conversation continues in the Syrian diaspora.

Many exiles insist that national Syrian identity in the future must make room for inclusive citizenship and openly contested politics. For now, however, Syria’s rulers have reestablished control over the national narrative, sidelining questions about identity and politics that were raised by the revolutionary opposition.

Almost all of the interviewees said that the opposition living abroad is fragmented, and that activists are unable to regroup at this point in time.

Moustapha insisted that it wasn’t indifference, but rather the fact that “people have paid such a high price and now they’re worn down. They’re more concerned about achieving things on an individual level and not on a collective level.”

Referring to exiled Syrians that participated in the uprisings, Moustapha said, “There is a sense of alienation if you want to talk about the nation compared to before when the nation was something so near and so close … Today there are many Syrians, and they are all islands.”

Zaki Mehchy, a founder and researcher at the Syrian Center for Policy Research, says that keeping a connection with the nation is not contingent on physically being there, but on having the goal to rebuild it in everyone’s image.

For him, belonging is nothing without a goal or a cause. How our pro-uprising interviewees recall the Syria of 2011 is indicative of what they hope for in a post-war Syria scenario. For the time being, however, some have replaced that with a fantastical concept of the nation.

Still, others remain pessimistic about the future of Syria, and about their own chances of returning. Khansa and Khaled from Qusayr, who were not critical of Assad and longed for their lives as they were before the uprisings, believed that their homes had been either destroyed or taken by loyalists.

Explaining how people in her refugee settlement talk about the future, Khansa said that ““some people are depressed, some people don’t know if they’re going to go back or not … They say we won’t go back but we hope our children can. The future is far away. Hope is far away.”

Many Syrians living outside their homeland say they will continue to debate identity, community, sect, and nationalism. They intend to challenge an exclusionary master narrative written by the Assad regime.

However, the opposition has lost any tangible ability to challenge the government in Damascus, and seems limited for now to carry on their fight in the realm of ideas and culture. For the foreseeable future, there will be competing Syrians, “islands” with different politics and national identities – one under Assad and many beyond.